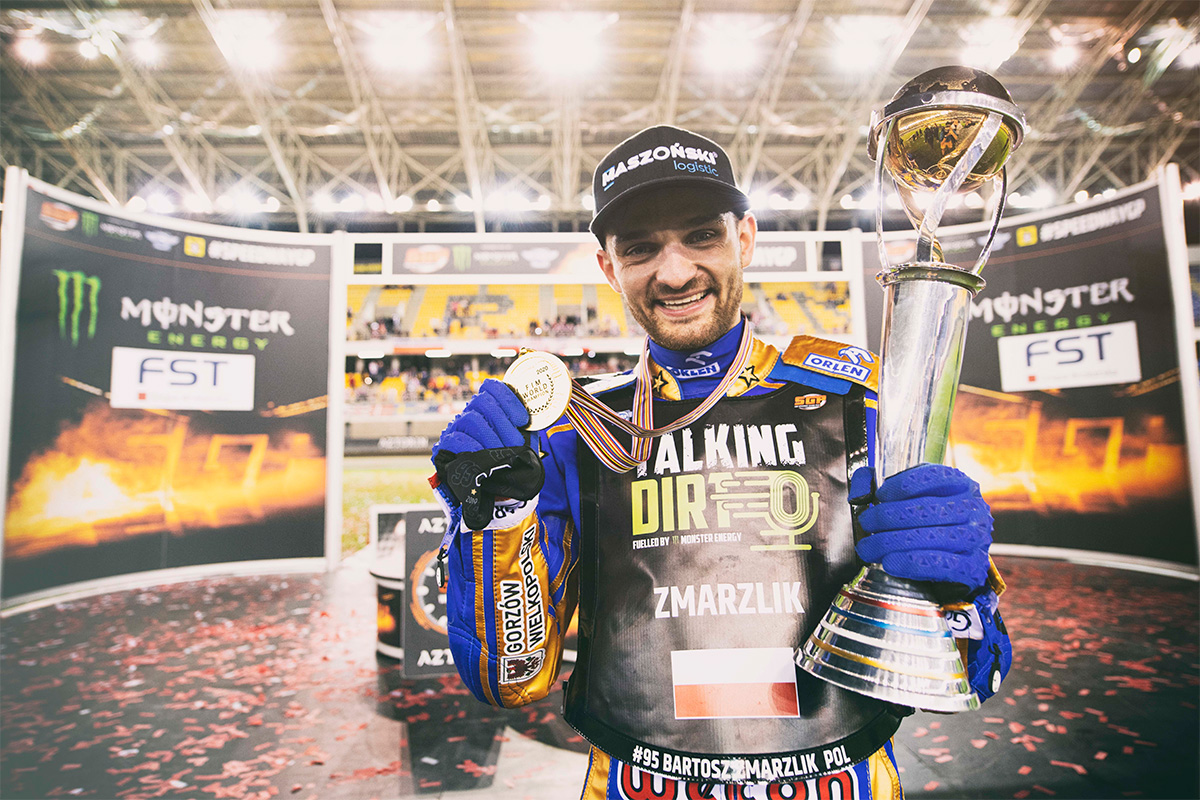 Woffinden won a run-off with Lindgren for the silver medal after the pair tied on 117 points, but the season belongs to Zmarzlik, who topped the standings on 133, winning four of this year‰Ûªs eight rounds along the way.

He crowned an epic season with victory in Torun, seeing off fellow countryman Maciej Janowski, Artem Laguta and Lindgren in the final.

Zmarzlik is only the third rider to retain the world title in the SGP era, following in the footsteps of SGP greats.

Szczecin-born star Zmarzlik also surpassed the single title wins of Polish legends Tomasz Gollob and Jerzy Szczakiel, with the 25-year-old young enough to add more to his tally. After cementing his place in speedway history, Zmarzlik admitted the magnitude of his achievements hasn‰Ûªt sunk in.

‰ÛÏNow I have followed some big heroes in speedway in winning back-to-back titles ‰ÛÒ Tony Rickardsson and Nicki Pedersen. It‰Ûªs a great feeling and I don‰Ûªt know what to say now. I don‰Ûªt believe it at this moment," Zmarzlik said.

‰ÛÏWow! For me it is an unbelievable night. For the second year, I am No.1 in the world, and that‰Ûªs really nice.

‰ÛÏIt was a really hard day for me mentally. After yesterday and the crash in my second race, I wasn‰Ûªt feeling so good in my body. But what an amazing race I had in the semi-final! I am happy I am a two-time world champion.

‰ÛÏLast season I could not have dreamed of this result. But again I am No.1 and for me it is unbelievable.‰Û 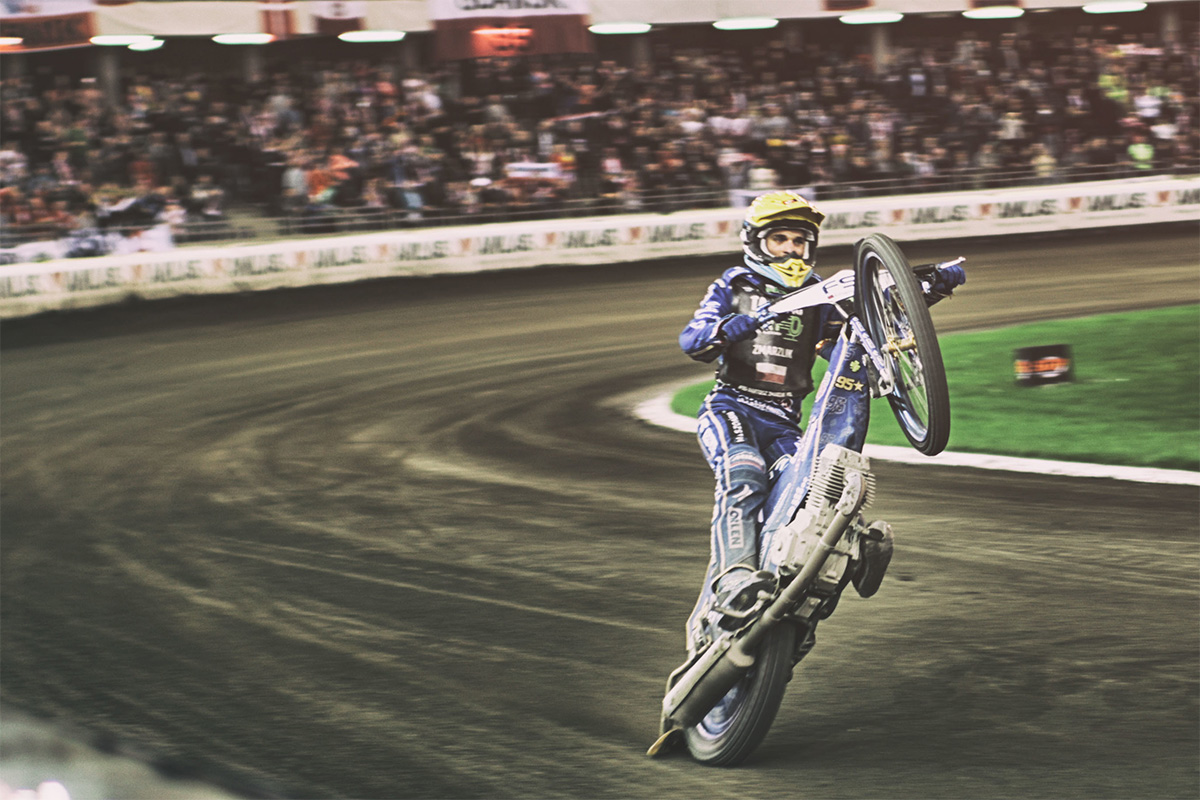 Zmarzlik was elated to add to his title win with victory in FST Grupa Brokerska Torun SGP round eight.

Zmarzlik added: ‰ÛÏWow! What a night for me and the Polish fans! It‰Ûªs unbelievable. I won the final again and that‰Ûªs so nice. I don‰Ûªt know what to say now. I can‰Ûªt believe it at this moment, but maybe soon I will take in what I have done today.‰Û 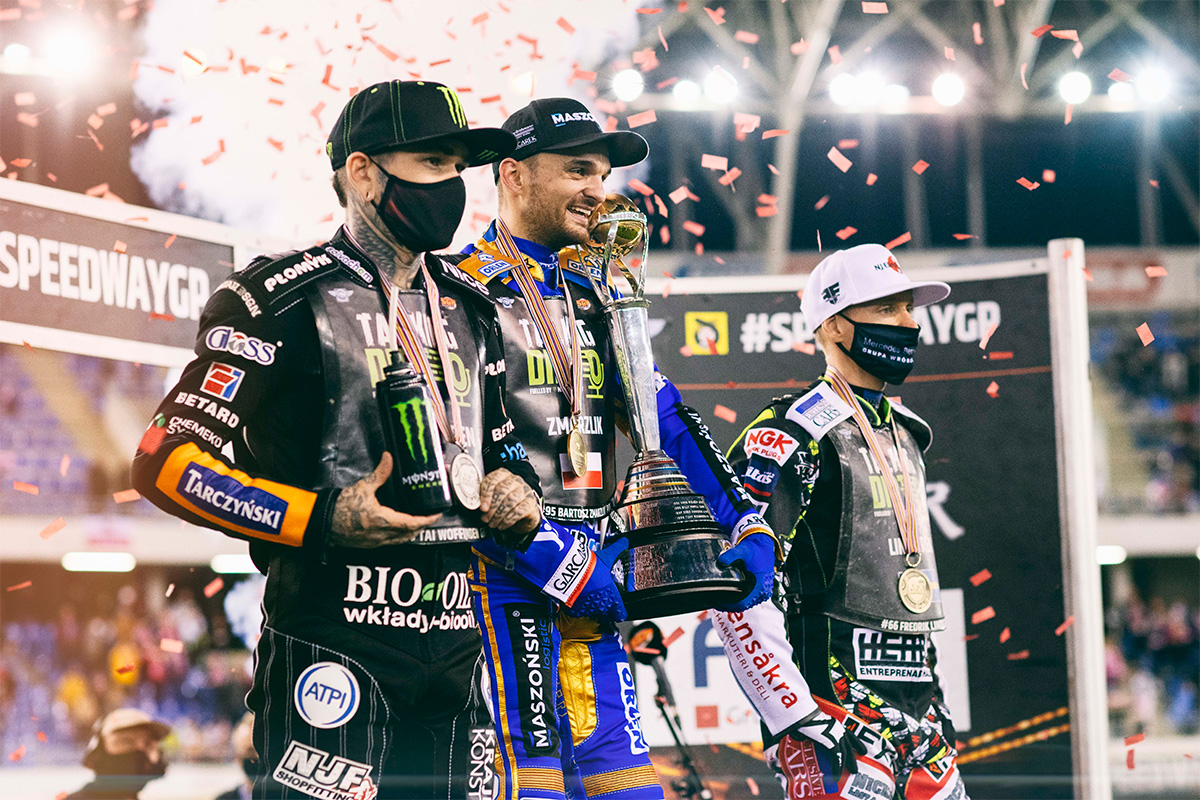