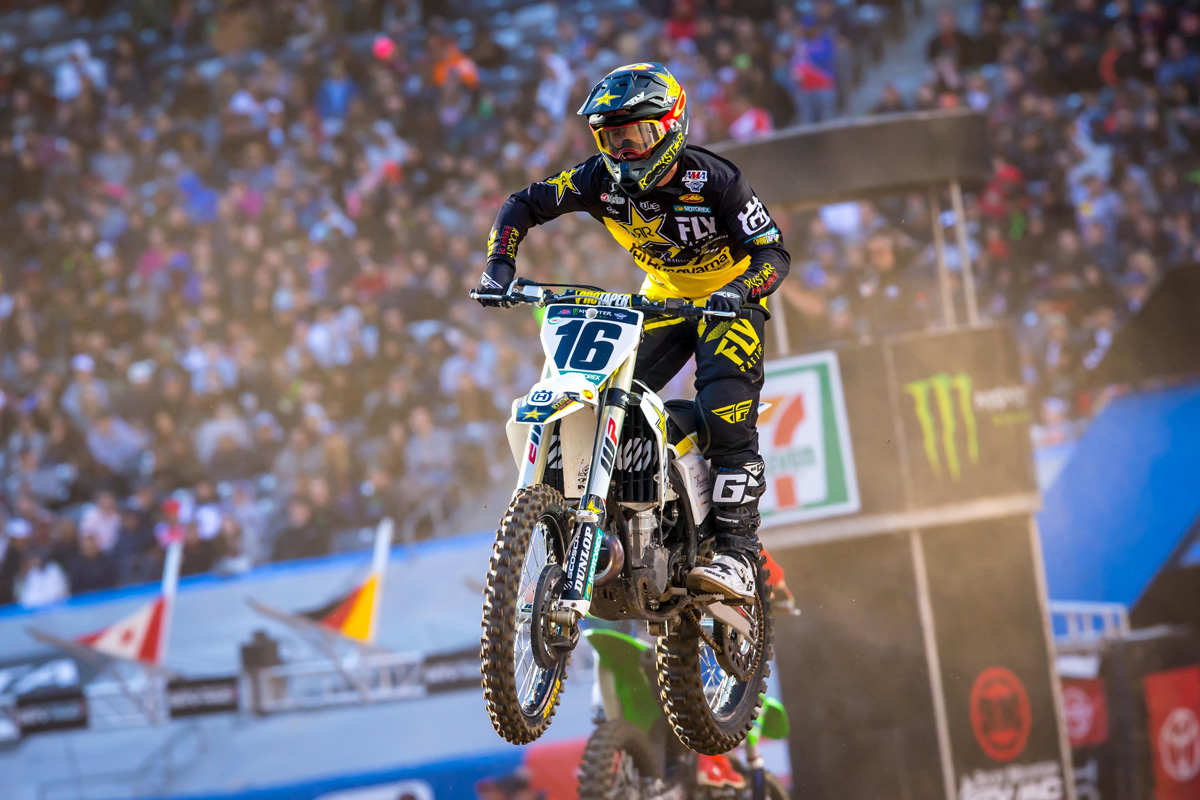 After a mid season start to his maiden 450 Monster Energy Supercross Championship, Zach Osborne has shown that he has the outright pace to win in the premier class of racing.

It was an outstanding night in East Rutherford, New Jersey for the two time 250 supercross champion as the Rockstar Husqvarna factory racer battled for the 450SX win to ultimately capture a career-best second place result.

Osborne put himself into a favorable position from the beginning of the night after racing his way to a second-place finish in 450SX Heat 1.

In the Main Event, Osborne powered his FC 450 into third on the opening lap where he latched onto the lead battle for the first eight laps of the race. He rode patiently in third early on and he capitalized on a mistake from the race leader to move into second-place on lap nine. As the race went on, Osborne continued to chase down Cooper Webb in the lead and on lap 15 he made a swift pass to take over the lead.

Unfortunately, Osborne went down while leading the race and he dropped to third briefly before climbing back up to second. In the final minutes, Osborne underwent an intense battle for second, where he ultimately prevailed to capture a career-best second overall.

‰ÛÏIt‰Ûªs pretty incredible to take my first podium today in the 450 class after some trials and tribulations to start the season,‰Û