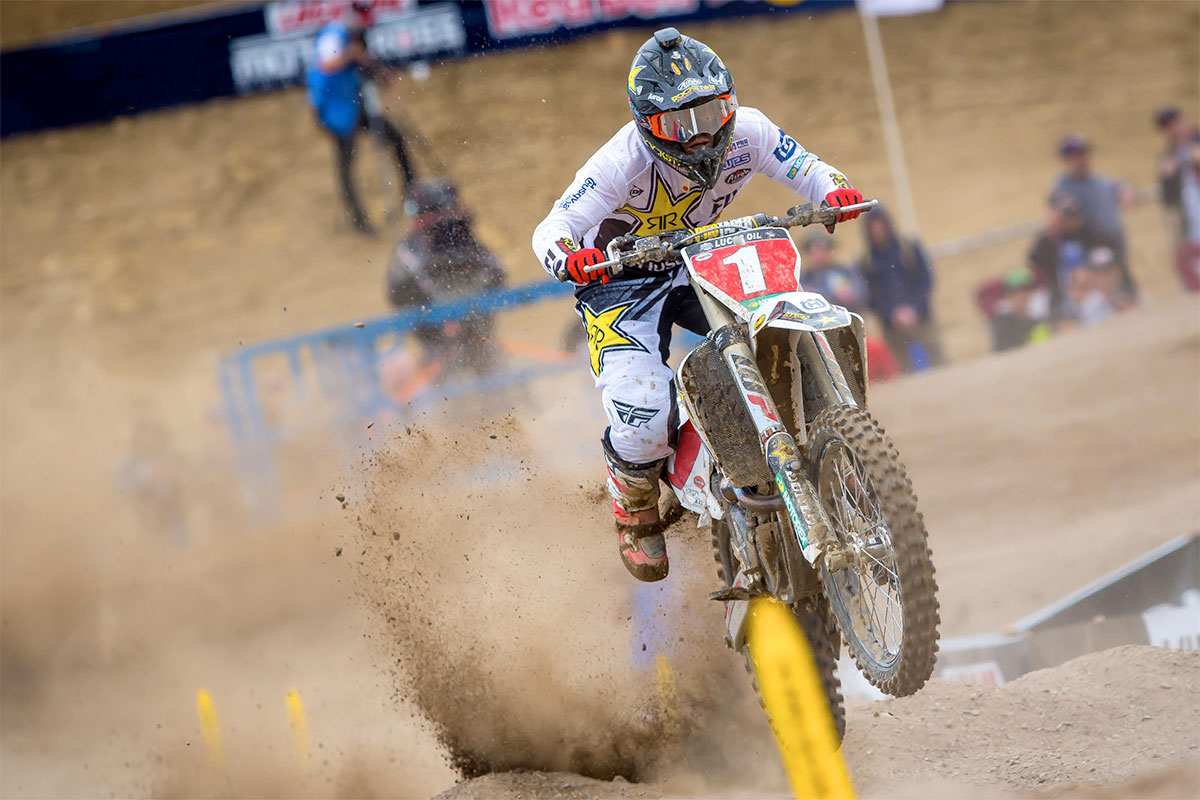 Coming off a win at last week‰Ûªs season opener at Hangtown, the Rockstar Energy Husqvarna Factory Racing Team rider pulled the holeshot in the first 250 moto before sliding back to third. He charged ahead and waited for his opportunity to strike before making an impressive pass for second in the second lap. He continued to put in fast laps and inched closer to the leader before washing out his front end in a corner with two laps to go. He remounted quickly and held his position to finish second.


The defending champion was top-10 at the start of the second 250 moto and came out of the first lap in sixth. He went on the attack and set a blistering pace as he made the pass for fifth in the second lap then made the pass for fourth shortly after. He was on the move and inched closer to the third-place spot. He continued to charge until he started swapping through the whoops before going down and crashing into the fence with three minutes to go. He remounted quickly and kicked his way back into the race while only losing one position. He stayed consistent the remainder of the race and finished fifth. He went 2-5 for fourth overall on the day, and maintains his lead in 250 rider point standings. 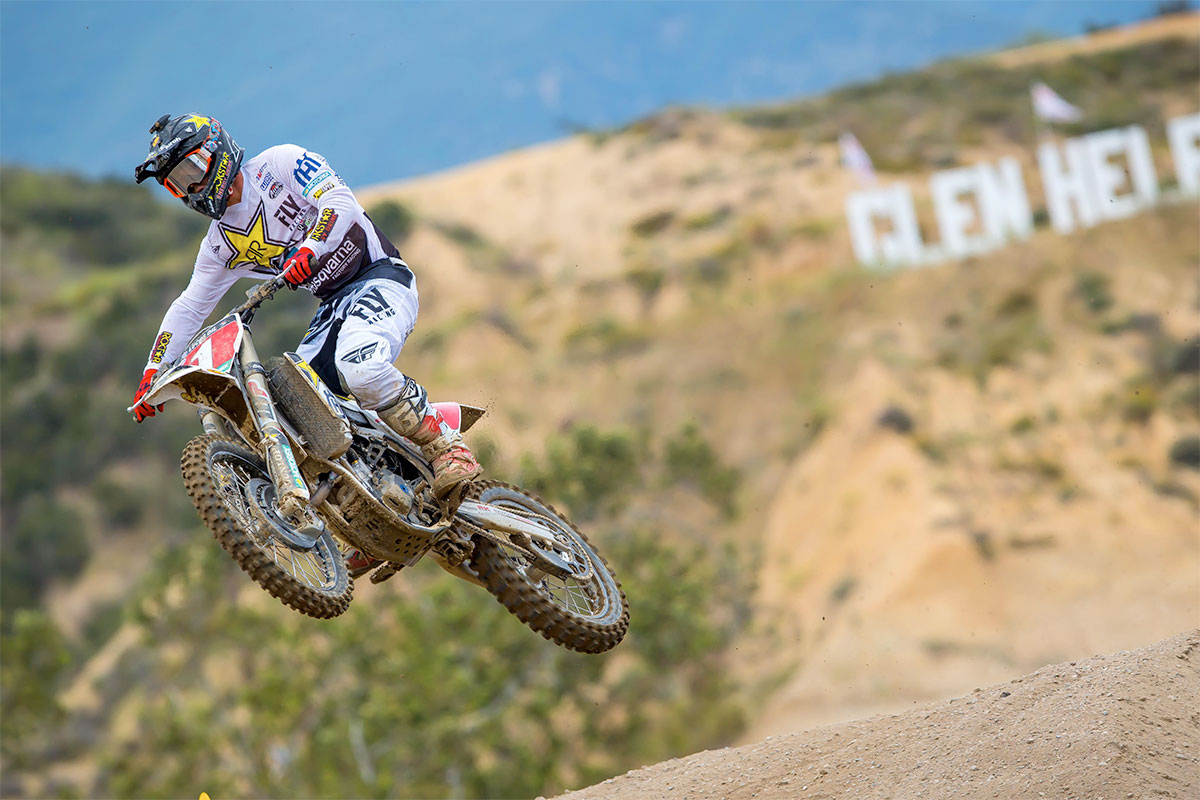