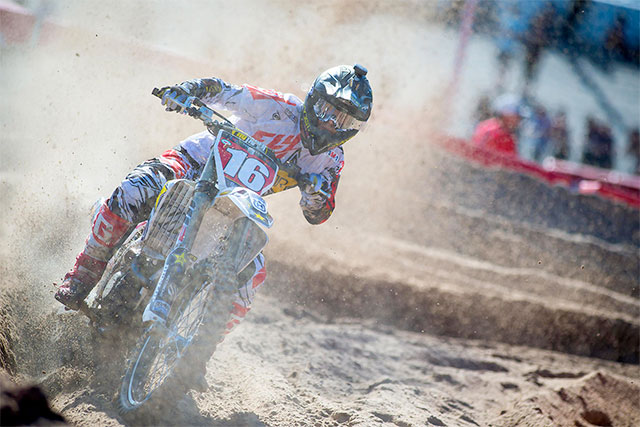 Despite a trying night at last weekends Daytona Supercross, held at the Daytona International Speedway, for the 10th round of the AMA Supercross series, Rockstar Energy Husqvarna Factory Racing Team's Zach Osborne remains upbeat after retaining his points lead in the 250SX East class.

Osborne got a top-three start in his heat, quickly pulled into the lead, and took the first win of the night aboard his Husqvarna FC 250. He got a top-five start in the main and settled into a fourth-place position by the second lap. He pushed ahead and made the pass for third in lap three and immediately set his sights on the top-two riders before going down in the corner of the sand section and remounting in eighth. He put his head down and started battling his way through the pack. He meant business as he continued to fight for position and put on an excellent race. He would eventually finish fifth.