Zach Osborne gaining momentum with first podium of the season 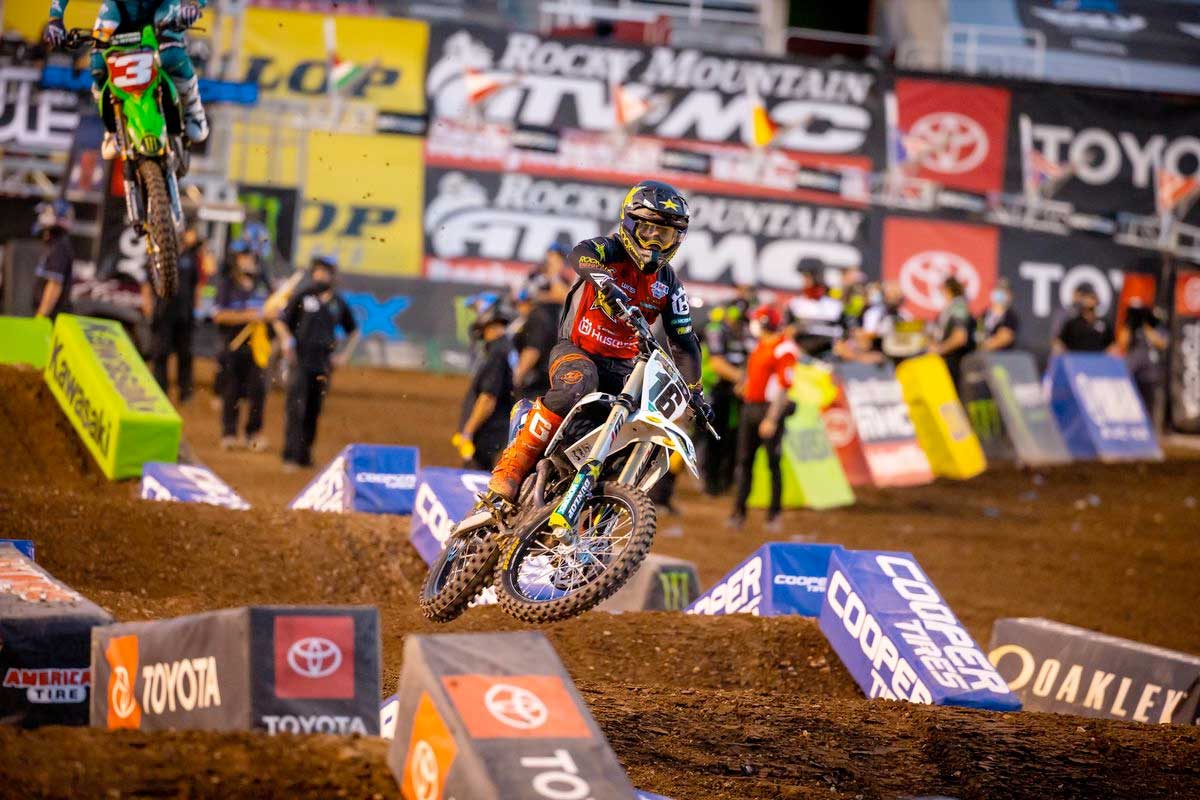 Zach Osborne. Photo Simon Cudby
Zach Osborne had a stellar day all around Round 12 of the 2020 Monster Energy AMA Supercross World Championship Series notching up his first podium of the season, while teammate Jason Anderson finished close behind in fourth and Dean Wilson capped it off in sixth.

Following a top-10 qualifying position, the The Rockstar Energy Husqvarna Factory Racing Team rider powered his way off the line in 450SX Heat 2, settling into third on the opening lap. He jumped into second early on and battled from there for a majority of the race, ultimately securing a third-place transfer.

In the Main Event, Osborne shot off the line once again to capture the holeshot and early lead. He led the first 20 laps before engaging in a three-way battle for the top spot. With about five laps to go, he settled into third where he ultimately secured his first podium finish of the season.

‰ÛÏMy Main Event ride was really good ‰ÛÒ I maybe let a win slip away but in the end it‰Ûªs a good building block," Osborne said. "I felt good all day, the team vibe was unreal and we had a really good, fun time today,‰Û 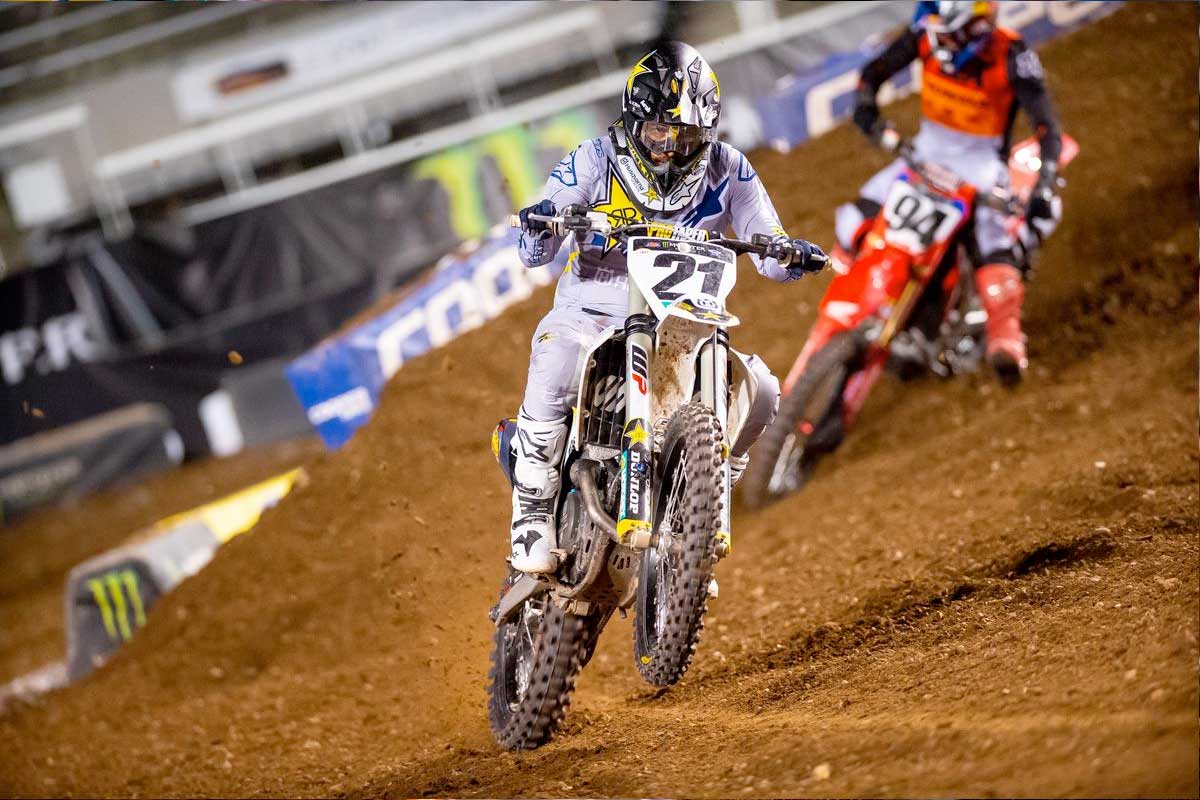 Jason Anderson. Photo Simon Cudby
Team-mate Jason Anderson grabbed a top-five start and worked his way up to third early on. He held a podium position through the first half of the race before dropping back to fourth for the remainder of the 27-lap Main Event. 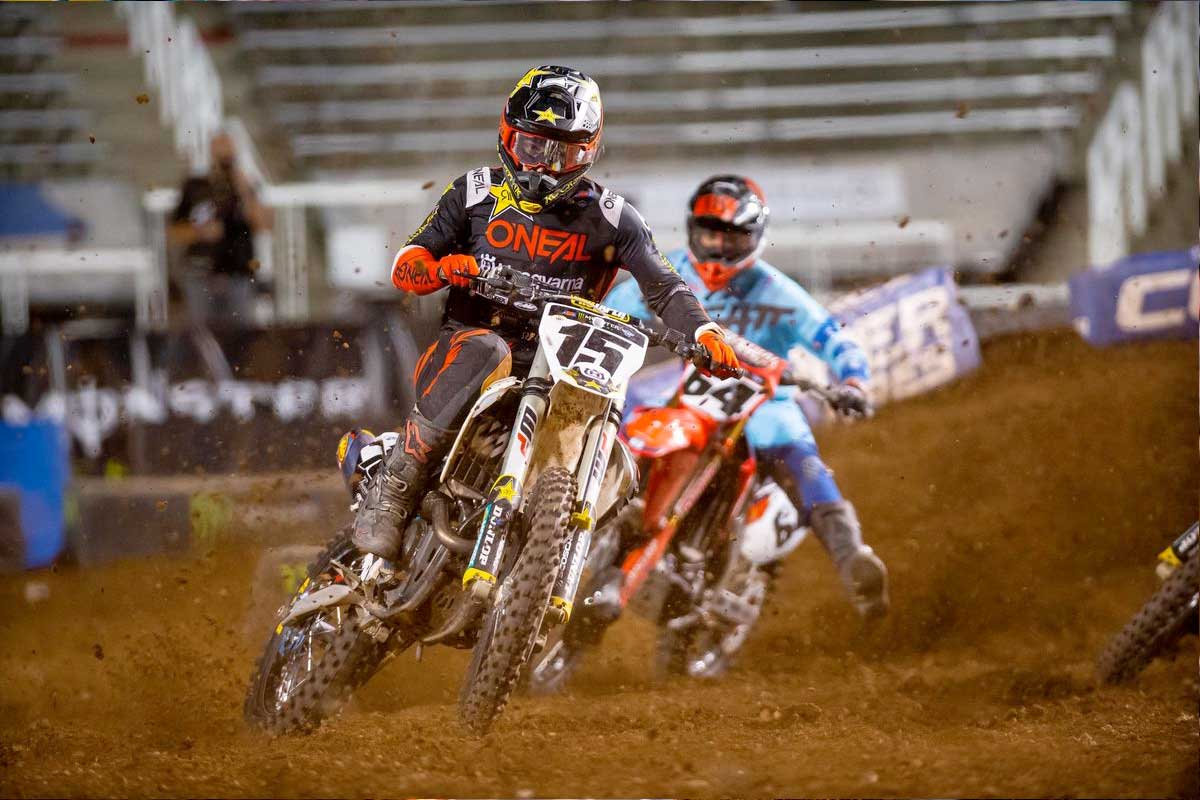