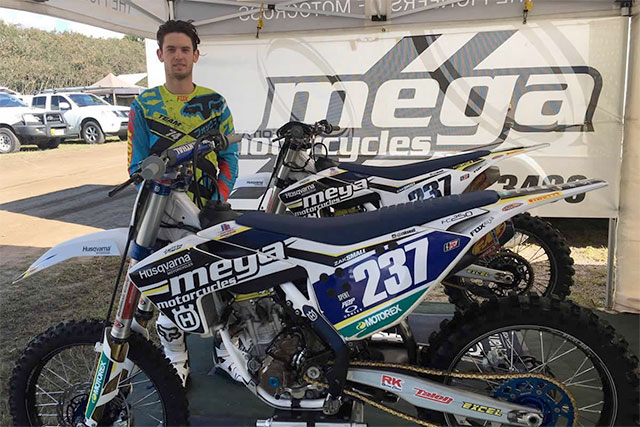 Husqvarna's young up-and-comers were showcased to peak potential at last weekend's first round of the Queensland Motocross Championships, at Mackay in north Queensland, and none more so than Mega Motorcycles‰Ûª Zak Small.

Just three weeks after wrapping up the Sunshine State series, Small powered his Husqvarna FC 352 victory in the premier MX1 category of the state title, ahead of Luke Weaver, and another Husqvarna pilot, Robbie Marshall.

Small finished with 2,1,1 scores for the day and will take a five-point lead in the championship, ahead of next month's final Queensland title round at Hervey Bay.

For Small it‰Ûªs a useful confidence boost coming into this weekend, where he‰Ûªll go into the ninth round of the MX Nationals at Toowoomba‰Ûªs Echo Valley circuit in sixth position in the MXD category, and hopeful of an impressive showing from his two home rounds ‰ÛÒ Toowoomba and Coolum. 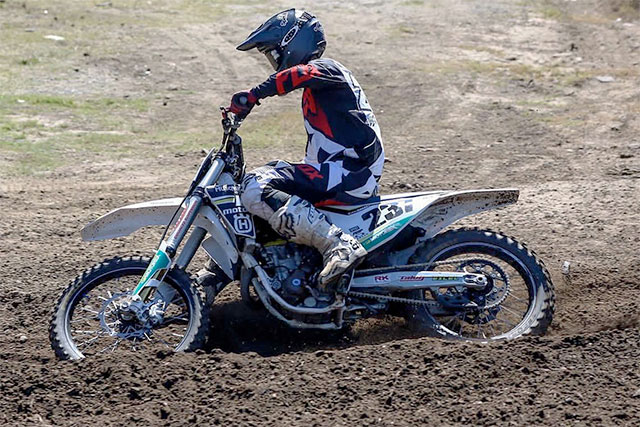 Zak Small on his wat to winning the MX1 class
‰ÛÏI went 2, 1, 1 in the 450s, but not so good in the Lites," Small said. "I felt like I didn't really gel with the track, but I definitely improved over the weekend. I felt really comfortable on the Husky 350, I think the track suited it a lot.

"It is nice to be leading the State championship, I knew I could, but it‰Ûªs a relief to prove it and it'll be good to try to carry that on to Hervey Bay and wrap it up the weekend after Coolum.

"I'm looking forward to Echo Valley, after the Shell series there we've come up with a few little changes we can make to the bike to get it better suited, so hopefully that works," Small continued. "I know the track pretty well, but haven't had the best of luck there. So I'm just going in there hoping to some good starts and wanting to ride a good clean race. My DNF at Shepparton dropped me back to sixth, so I definitely want to get two solid motos and try and find my way into the top five, to be as far up the ladder as I can be when we hit Coolum.‰Û 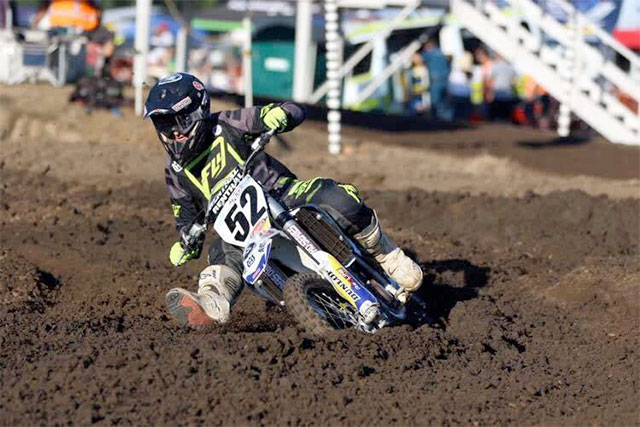 Trae Kuehn took the Clubman Support MX1 win
Other big hitters at last weekend's State championship opener in Mackay included Trae Kuehn, who in the Clubman MX1 class switched from his regular TC 300 to a Husqvarna FC 450 for the day.

The move seemed to agree with him, and the MPE Suspension rider went undefeated as he led home Robert Polsoni and Liam Moulding.

Kuehn kicked on in the Clubman MX2 class, finishing second behind Evan Hood and ahead of third-placed Harrison Burns.

‰ÛÏI had a pretty good weekend - it was the first weekend racing a 450, normally I race the 300 2-stroke, and I got second in the Clubman Lites," Kuehn explained.

"At the end of this racing season I was intending to switch to 4 strokes anyway, but the opportunity came up to ride one at Mackay, so I thought why not give it a try?

"I like the 300 a lot, more than my 250 because it just suits my style better, but when I got on the 450 at Mackay, that was just way better again! The power is just there, you don‰Ûªt really have to force it.‰Û