YRT’s Wayne Maxell on the podium at Morgan Park 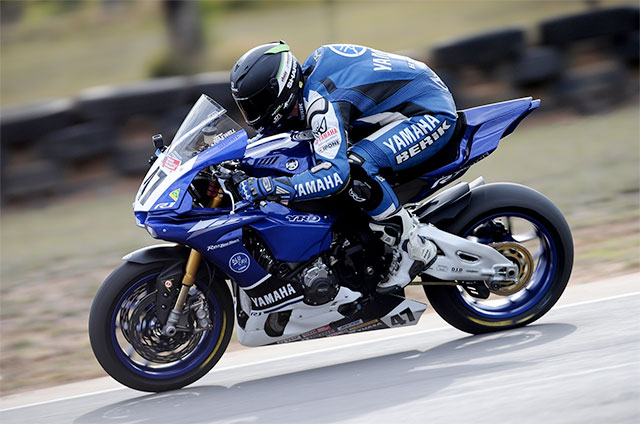 The stage has been set for a grandstand finish at the final round of the Australian Superbike Championship (ASBK) after Yamaha Racing Team‰Ûªs Wayne Maxwell claimed second place at the penultimate round of the series at Morgan Park in Queensland to hang on to a seven point lead heading into the final round.

The 33-year-old Victorian took a 2-2 result from the Morgan Park event which was won by rival Troy Herfoss, while YRT team mate, Glenn Allerton finished third and all three riders are separated by just 11 points a gripping championship chase.

Maxwell started the weekend with a fall but still managed to recover to take the second fastest time in qualifying and was ready to rumble when the green light came on.

Race one on Sunday saw Maxwell sitting in second place throughout the whole 19 lap race distance, finishing behind Herfoss but 3.175 seconds ahead of YRT supported rider Daniel Falzon, who took third.

The opening laps of race two saw Maxwell sitting in third place behind race one winner, Herfoss and teammate, Cru Halliday, until Maxwell made his move on Halliday and slotted into second place.

The 2-2 result was a solid result for Maxwell but he wasn‰Ûªt that happy with his weekend, as he felt that he could have maybe pushed a little harder early on.

‰ÛÏFinishing second a fair way back in each race was not ideal,‰Û 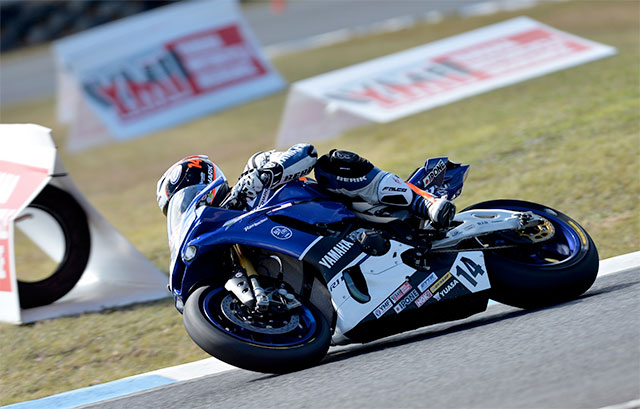 Glenn Allerton finished third at Morgan Park and still in the championship hunt. Credit: Russel Colvin
Heading into the last round at Winton Motor Raceway, Maxwell does know that the track is one of his strongest on the ASBK calendar, so he is looking forward to the grand finale and what is proving to be another show down for the fight for the title.

‰ÛÏThe team will have a test at Winton prior to the round which should help us get a good setup for the round. I‰Ûªm really looking forward to the last round, that‰Ûªs for sure,‰Û 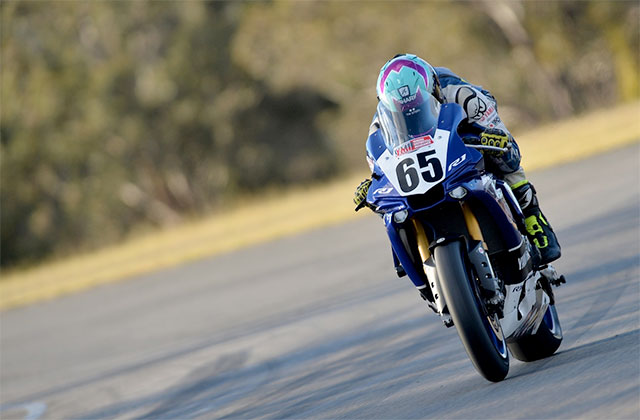 Cru Halliday nailed his first race podium of the year with a third at Morgan Park. Credit: Russel Colvin
Finishing in 11th place with 18 points to his name was Cru Halliday. Halliday started the weekend off brilliantly by posting the fastest lap during Friday‰Ûªs practice session however it wasn‰Ûªt all smooth sailing as he did have a small fall towards the end of the session when he lost the front end and went down.

Race one for Halliday and he didn‰Ûªt get off to the best of starts as he got hit up by a couple of riders heading into turn two. On the opening lap Halliday had slipped back to seventh place but managed to make his way back up to sixth on the second lap. On lap six he fired back up to fifth place but made a mistake heading into turn six and lost the front end on lap ten and fell from his machine rendering his race over.

Halliday put his misfortunes behind him for race two and managed to come home in third place, which was his first top three finish for the 2016 season.