Youthstream has made a change to the 2017 FIM Motocross World Championship Calendar.

Youthstream, the Federation of San Marino and the Government of San Marino have mutually agreed to postpone the MXGP of San Marino, which was set to take place on July 8th and 9th 2017, to 2018.

The MXGP of Italy will now take place at Maggiora in June, while the MXGP of Trentino will be the first European round of the 2017 series and will take place at Pietramurata in April.

Besides the EMX125 classes is switched from Russia to Sweden and the EMX300 from Sweden to Russia.

2017 Calendar with the updates in bold. 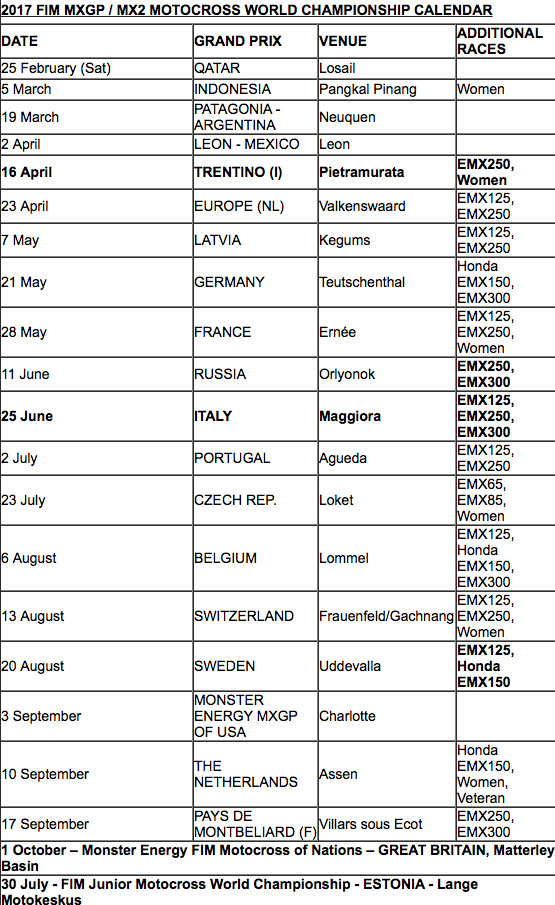