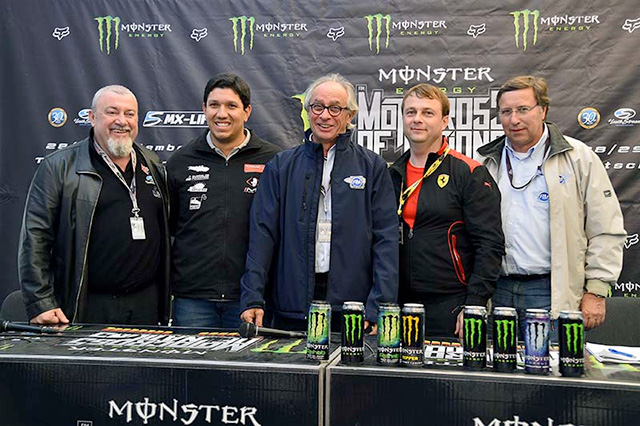 The FIM Motocross World Championship will travel to Ukraine and Mexico in 2014 and it will visit Brazil twice.

Giuseppe Luongo explained that he was very pleased of having signed a three-year agreement with Trebushkin Ruslan, Mayor Dimitrov, to host a Grand Prix in Ukraine in the Donetsk region. Mr Ruslan explained that the motocross track of Dimitrov has been recently renovated to host the MX3 rounds, but they will keep on working hard to have an outstanding Grand Prix in 2014.

On the other hand Luongo explained that the FIM Motocross World Championship will travel back to Mexico in 2014 thanks to a new agreement with the well-known company RallyMex SportEvents, organizer of the FIM Enduro World Championship, the ISDE or the World Rally Championship among many other National and International events. The Mexican Grand Prix will be organized in Leon, the biggest city in the State of Guanajuato.

Mr Luongo also explained that thanks to the great cooperation with Romagnolli PromoÌ¤Ìµes e Eventos in the last few years, Youthstream has been able to reach an agreement to host a second Grand Prix in Brazil. The event will be called Grand Prix of Estados of Goias and Leandro Romagnolli explained that it will be also a big success because there are a lot of motocross fans in the area.