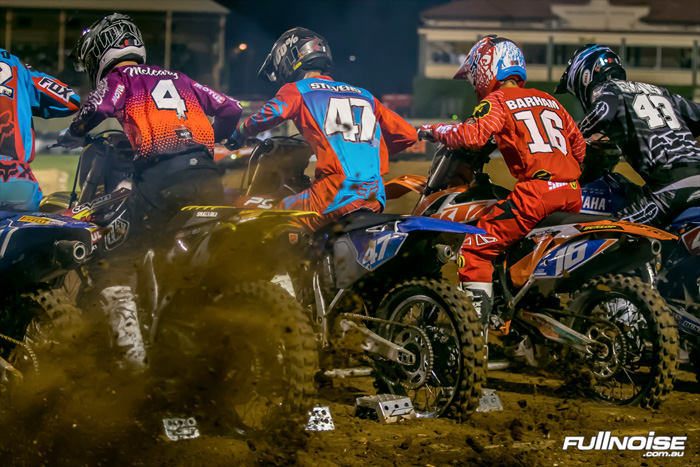 Australia‰Ûªs top Under 19 dirt bike chargers will take to the track tomorrow (Saturday, November 21) as the battle resumes in the SXD (Development) class of the GoPro round four of the 2015 Australian Supercross Championship presented by Penrite Oils at Jimboomba X Stadium in south-east Queensland.

The SXD youngsters have thus far contested two rounds in their 2015 Australian Championship chase, and with just two rounds remaining ‰ÛÒ at Jimboomba this weekend and the Championship finale at Knights Stadium in Melbourne on December 5 ‰ÛÒ GYTR Yamaha‰Ûªs Mitch Evans and Raceline Pirelli Suzuki‰Ûªs Brock McLeary have shared one round win apiece thus far and know that a big points haul tomorrow night will be vital.

Evans won the Championship opener at Bathurst, NSW, six weeks ago, but then suffered a thumb injury in practice the week before the SXD second round in Adelaide, SA, but salvaged a second overall in the City of Churches to hold onto the series lead and keep the prized red number plate as the Championship front-runner.

‰ÛÏMy thumb wasn‰Ûªt real good for Adelaide, so it was just a case of getting through the night as safely as possible,‰Û