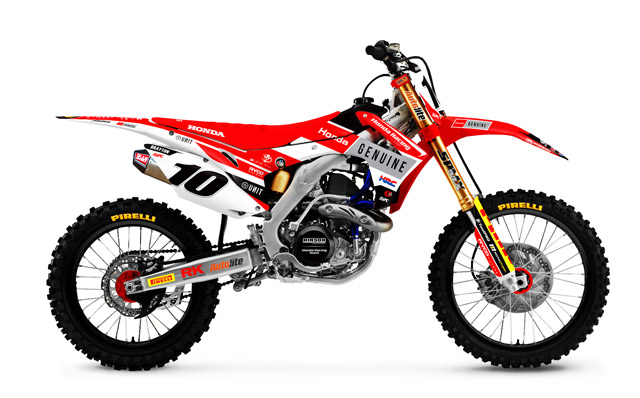 Yoshimura was founded in 1954 and has been victorious in many races.

Pop Yoshimura is a man who became a legend through his achievements and his son Fujio has expanded and grown the business.

Yoshimura has had great success with Serco Motorsports in Australia along with HRC and American Honda in Supercross and Motocross in America. Serco Motorsports have increased their support in Australia to include the HGA Honda Racing and Penrite AMX Honda Team. The team welcomes the spirited Yoshimura performance brand to their team and pro open team rider Justin Brayton understands the importance of aligning with the best brands.

"I spoke to Yarrive and the team as well as Steve the team manager. I told them we need the best products if we want to win." Brayton explained. "They have listened and we are happy to announce the team are using Yoshimura".

"Justin is right, to win, you need the best products." Eales said. "Honda in America have a great relationship with Yoshimura and to be aligned to Yarrive's championship winning motocross and supercross team is fantastic for our great range of performance products by Yoshimura", said

The team will debut their 2016 Honda CRF250R and 450R motorcycles in Jimboomba on September 17th.