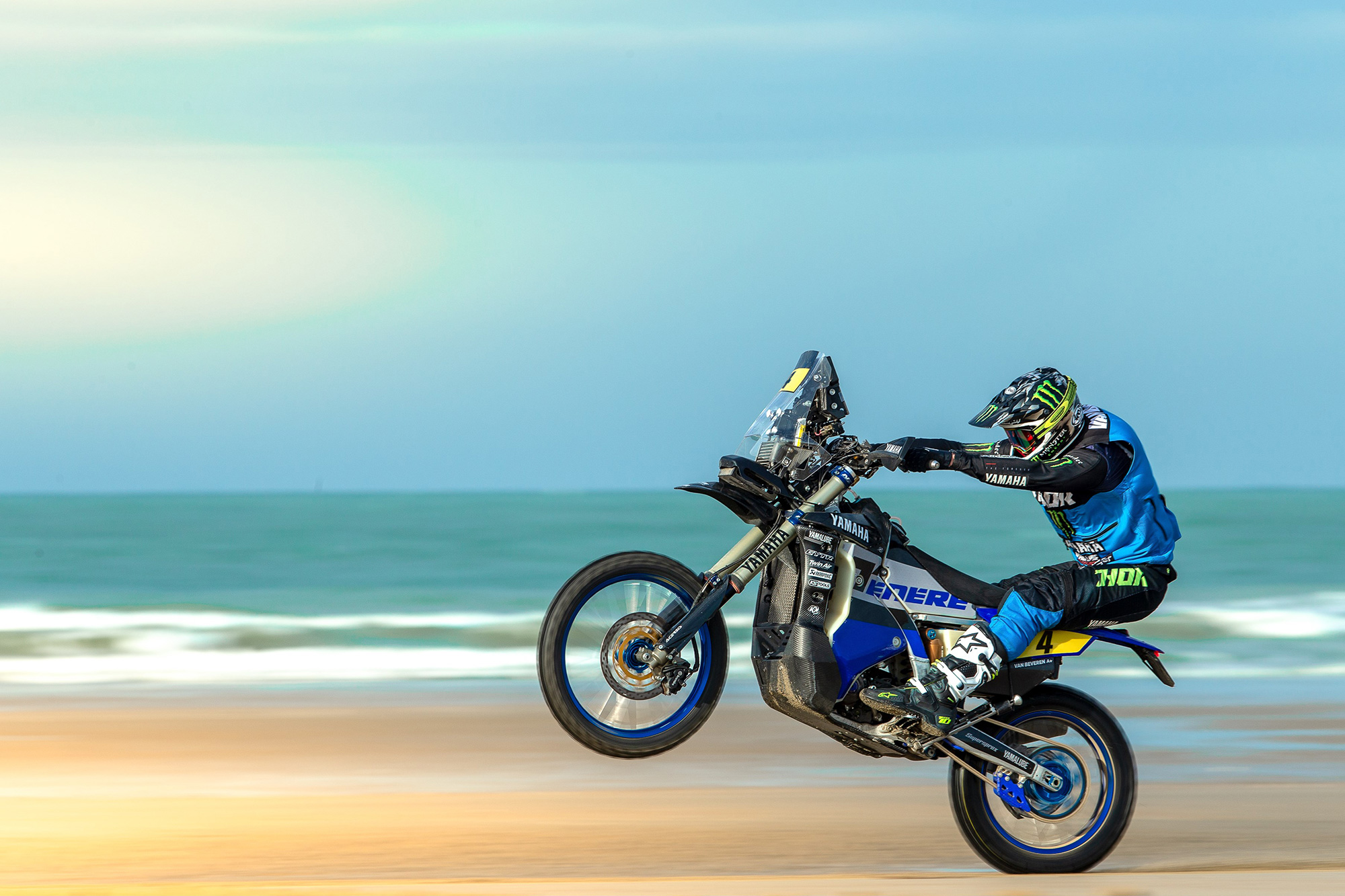 Spearheading the team's efforts for yet another year is Adrien Van Beveren.
Yamalube Yamaha Rally team riders are all-set to take on the 2019 Dakar aboard the newest edition of the WR450F Rally works machine.

With this 41st edition of the prestigious event contested exclusively in Peru, Yamaha will be strongly represented by Adrien Van Beveren, Xavier de Soultrait and Rodney Faggotter. Franco Caimi's participation will be decided prior to the event's start in Peru.

Working hard during the last few months to be ready for the biggest event in the annual rally racing calendar, the Yamalube Yamaha Rally team members are all looking forward to the 2019 Dakar. Remaining under the guidance of team director Alexandre Kowalski, team manager JosÌ© Leloir and sport manager Jordi Arcarons, all riders are looking to make the most of their experience as they battle against the world's elite rally racers in what is expected to be an anything but easy event. 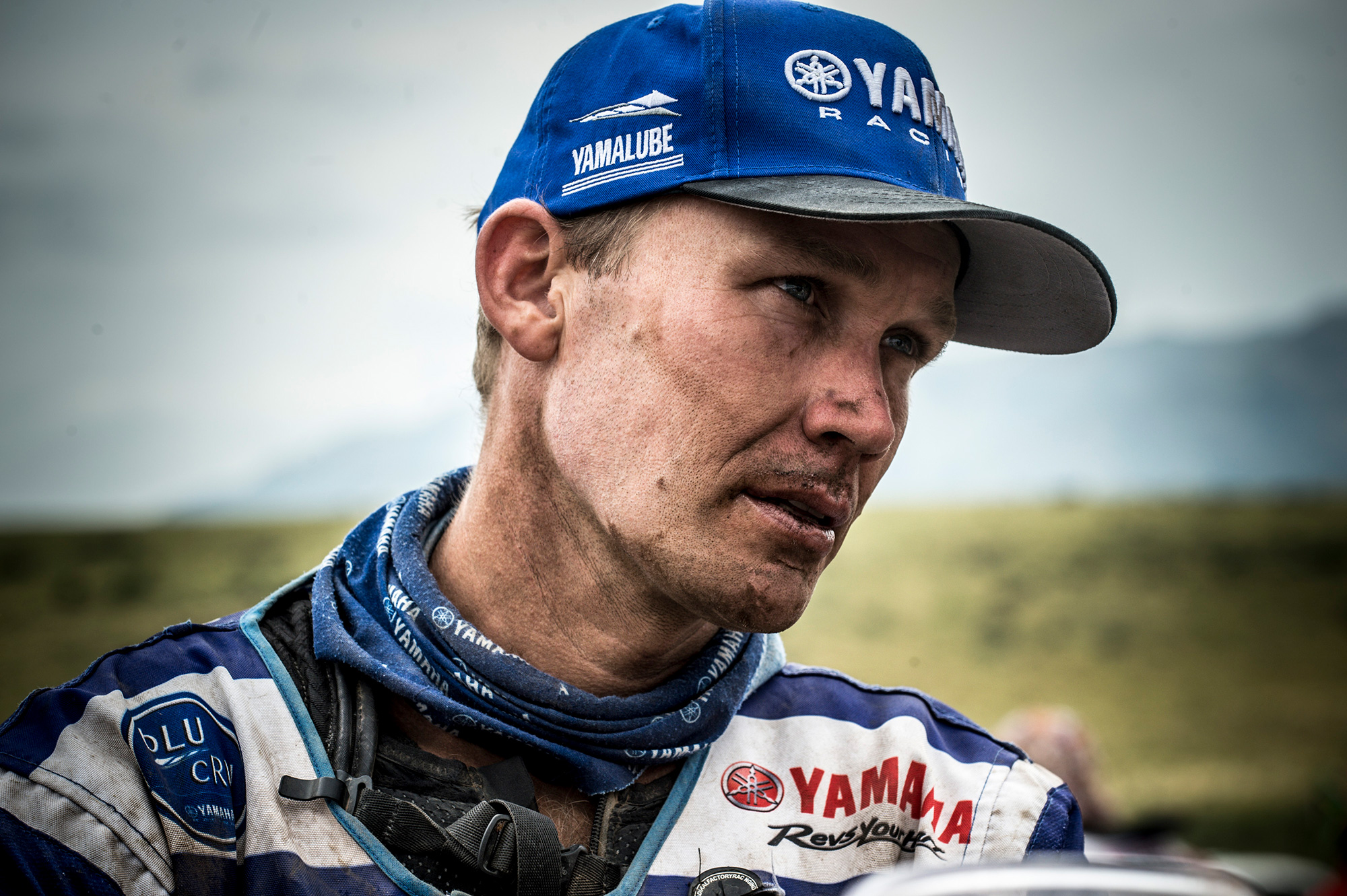 Playing a crucial role during the last two Dakar Rallies, Australian Rodney Faggotter remains with the squad going into the 2019 edition.
Spearheading the team's efforts for yet another year is Adrien Van Beveren. One of the revelations of the 2018 Dakar Rally, Adrien is eager to impress by fighting for the overall victory next January. At the top of his game following months of hard work, the French rider is now ready to do battle in the dunes of Peru.

I couldn't be any happier with how things have worked out the last few months. I had some good weeks of training on and off the bike and I feel I've made a big step going into the Dakar.

"Physically I feel even stronger than last year and I just want to work on some minor details before heading to Peru," Van Beveren continued. "Race organisers announced there'll be more than 90% of dune stages. I love racing in sand so I feel really comfortable going into this rally. With the race being shorter and more intense than in the past, I believe the level of competition will be quite high. These conditions really suit my style of racing and I really can't wait to take the start of the race in Lima." 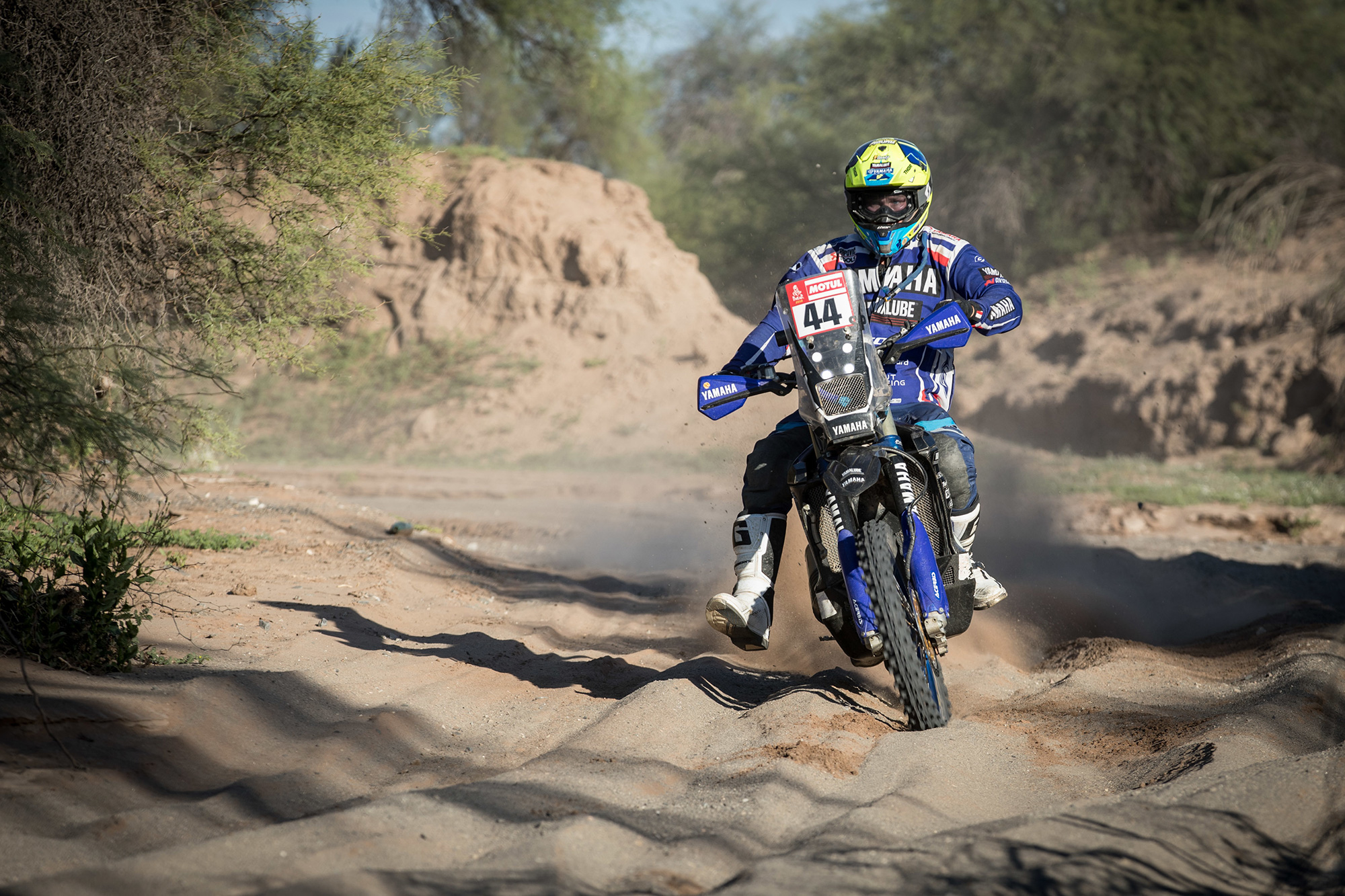 Rodney Faggotter finished 16th overall at the 2018 Dakar Rally, the Aussie will look to improve on this result in January 2019.
Putting in many thousands of racing and training kilometres aboard his WR450F Rally machine in 2018, Xavier de Soultrait is set to enter the fifth Dakar Rally of his career this coming January. Working hard to further improve his navigational skills, the Frenchman has his eyes set on climbing onto the podium in Lima.

If the race started tomorrow, I'm happy to say I'd be 100% ready for it, These last few months I've been working hard, riding my rally bike in the sand in France and elsewhere. Physically I feel strong and I've also worked a lot on navigation.

"Last year I had a very good first week in the dunes of Peru," de Soultrait continued. "We've done a couple of races there now so I am feeling comfortable with the terrain and the conditions in the area. The next Dakar will be shorter and I like this new format. We've made some small changes to the gearing and the suspension and our bike now is perfect for the conditions we expect to have. I've studied the stages a lot and made my plans for each one of them. If it all goes well I believe I have a good chance to be among the frontrunners and battle for a good overall result in Peru."

Playing a crucial role for the Yamalube Yamaha Rally team during the last two Dakar Rallies, Rodney Faggotter remains with the squad going into the 2019 edition of the event. Enjoying an extremely consistent run that saw him finish 16th overall at the 2018 Dakar Rally, the Aussie will look to improve on this result in January 2019.

I'm looking forward to the 2019 Dakar. I've been racing some Bajas and training hard back home in Australia these last few months. I feel strong physically and also mentally. In the beginning of December we've spent a full week testing and training with the team in Morocco and that was a good morale booster for me.

"We have a great spirit within the team and I want to be there for my teammates if they need me," Faggotter continued. "I want to have a good clean run and do my own race. This Dakar might seem shorter, but we all know it's still going to be a long and demanding race. If it all goes well, I'm confident I can improve my overall result from last year and fight for a spot inside the top-10." 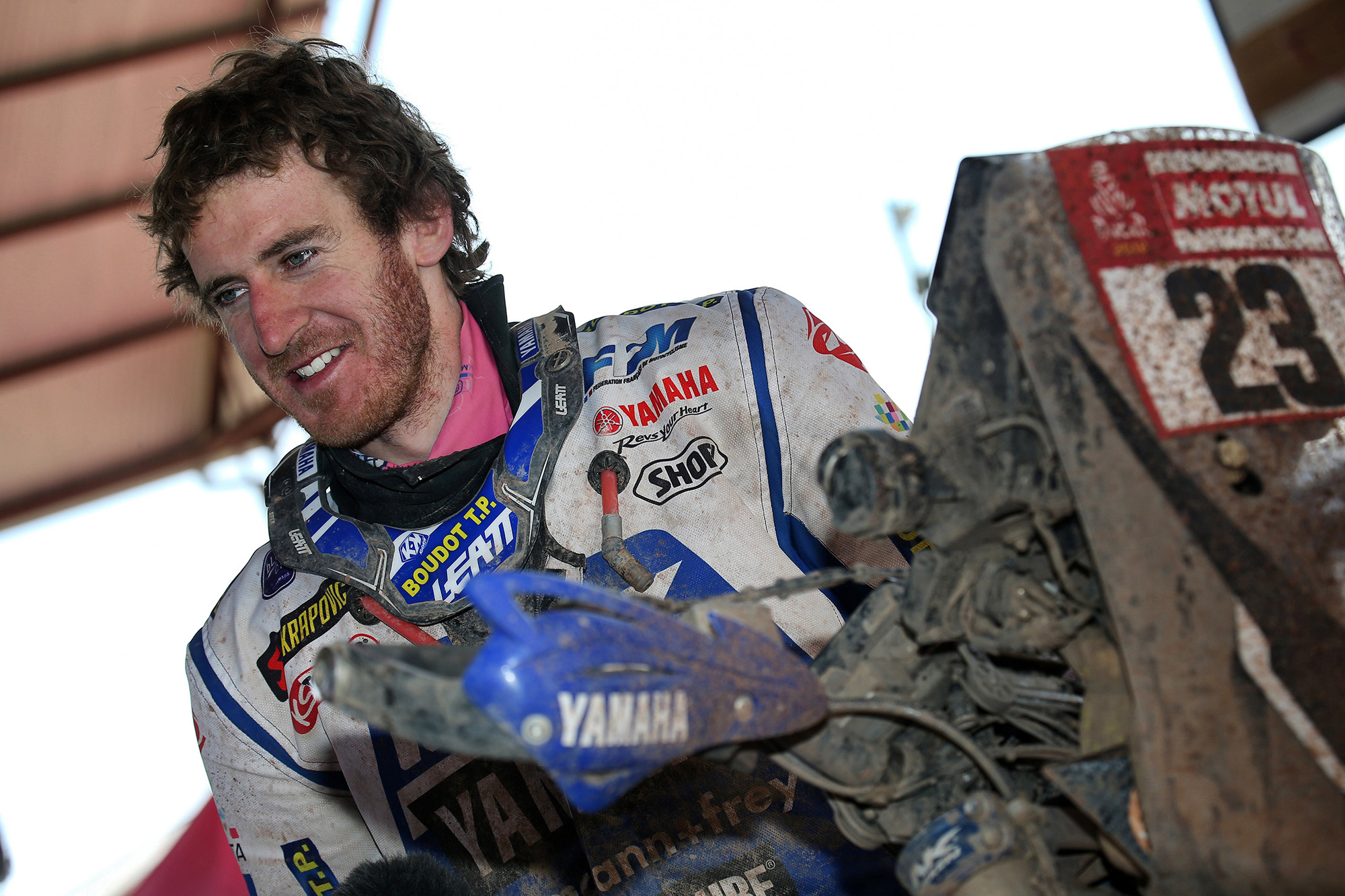 Xavier de Soultrait is set to enter the fifth Dakar Rally of his career this coming January.
With the team 100% ready to have Franco Caimi enter the 2019 Dakar Rally, his participation will be decided just before the start of the race. Doing everything possible to return to full fitness following his injury during the Morocco Rally, the rider from Argentina is expecting to undergo his last medical checks just a few days before the start of the event.

I've been working really hard to get back to fitness and I'm getting stronger and stronger every day. Ever since I came back home to Argentina after my injury in Morocco, I've been closely following the plan that my doctors together with my trainers have set for me.

"I've been working every day either in the swimming pool or on my bicycle and I will jump on my rally bike as soon as the doctors allow me to do so," Caimi continued. "I am doing the best I can at the moment and I am positive I will be allowed to race the Dakar in January. A few days before the start in Lima, I'll have to pass the medical exams from ASO and then I'll know whether or not I can race. For the past few weeks I'm making good progress and I am positive I will be able to make it happen."

Further strengthening Yamaha's presence at the 2019 Dakar will be Camelia Liparoti. Teaming up with Rosa Romero Font as her co-driver, the two highly-experienced racers will compete in Yamaha's YXZ1000R side-by-side machine at the coming edition of the event in Peru.

Taking place in the southern part of Peru, the 2019 Dakar Rally features a total of 10 demanding stages. The race kicks off on January 7 in Lima, with competitors returning to the Peruvian city for the big finish on January 17 and after an exhaustive 5,000km in the dunes of the South American country. 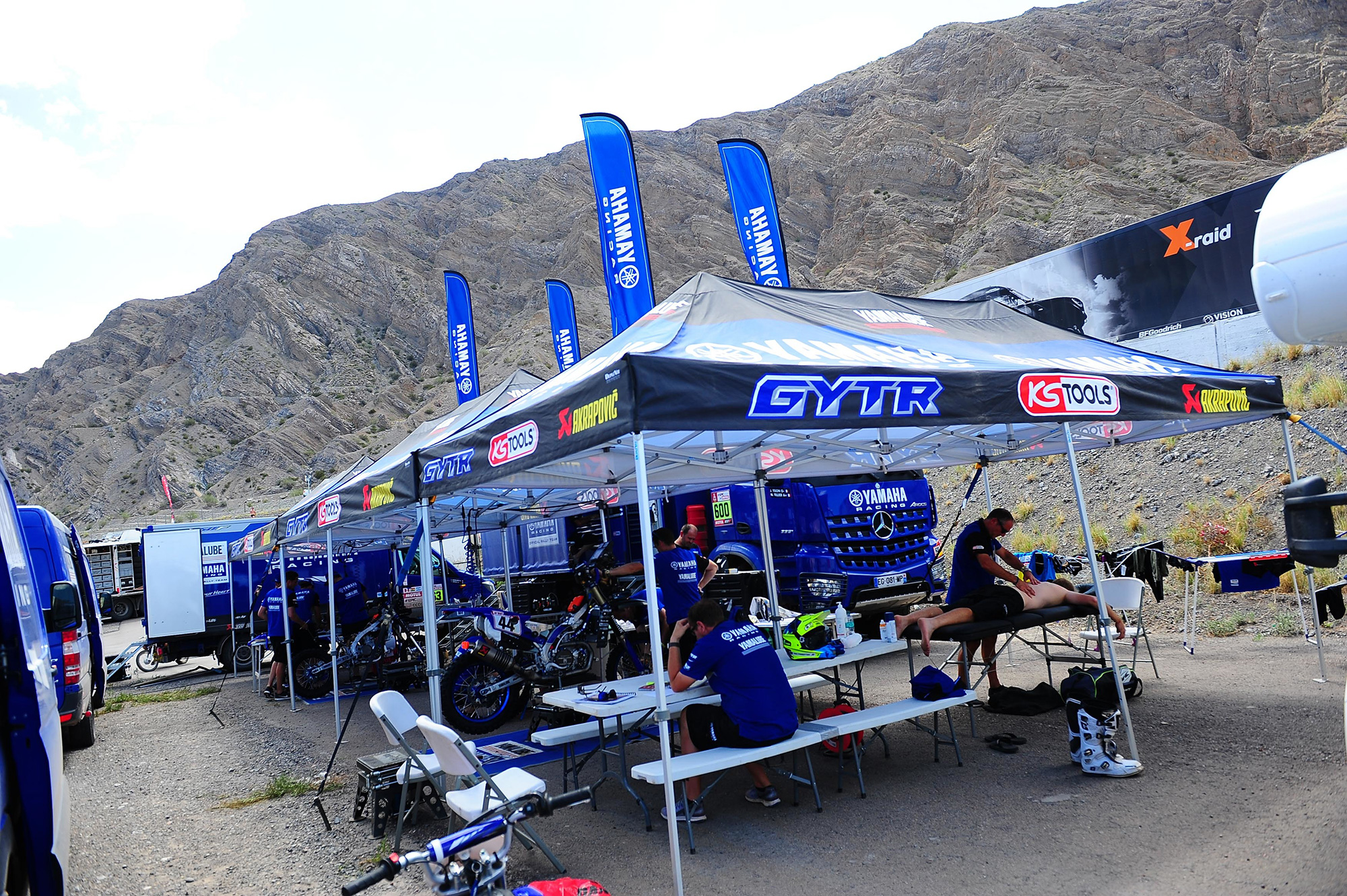