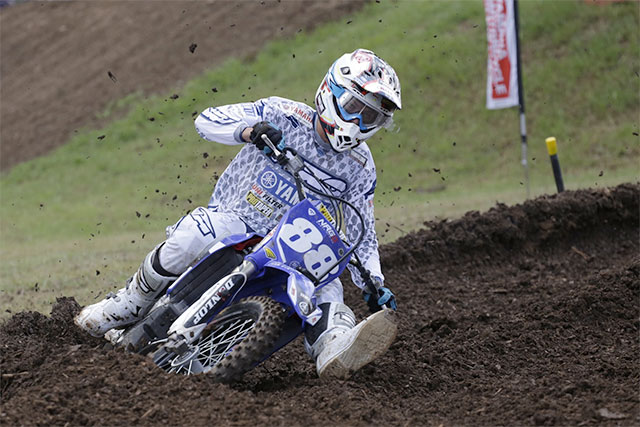 After a horrific weekend at the opening round of the MX Nationals at Horsham, the Yamalube Yamaha Racing duo of Mitch Evans and Jordan Hill were determined to make amends and get their seasons back on track at round two of the MXD (u19) championship, held at Appin Raceway, over the weekend.

Both riders started the day strongly with Jordan Hill taking the top spot in qualifying from Mitch Evans with both riders knowing that a good start is crucial for success at the Appin circuit.

Jordan Hill blasted to the lead in race one and collected the $100 holeshot money. He led in the early stages of the race before Evans made the pass for the lead. Hill lost some momentum and then fell briefly but was able to gather it back up and hold down third position until the finish of the race.

Race two and again Hill blasted his Yamaha YZ250F into the first turn in good position. He sat third on the opening lap, made a move into second and then just after the halfway stage, cut inside of the leader to take control of the race. He was never ended and took his first moto win of the 2016 season and with it the overall round victory with his 3-1 results.

‰ÛÏWe all left Horsham pretty disappointed because we are far better than the results we got at the first round,‰Û 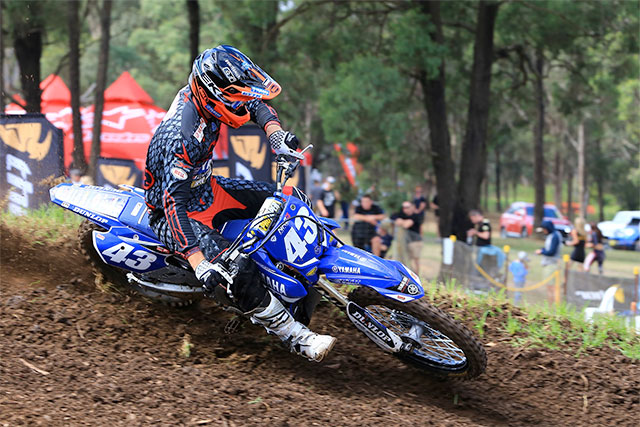 Mitch Evans won moto one and finished third for the round
Mitch Evans started his day in great fashion taking an emphatic moto win in race one. Evans moved into the lead early, survived a mid-race lull then raced home strongly to take an impressive 10 second win.

The second race was also shaping to be a cracker for Evans as he slotted into fourth on the opening laps and stalked the front trio. Just as he put his head and ready to make his move, Evans got sideways of a jump and landed awkwardly causing him to be flung from his bike.

He remounted and got back in the race but the crash had taken its toll and Evans bravely battled back to fourth place. His 1-4 results landed Evans in third for the round but more importantly, showed he belongs at the front of the pack.

‰ÛÏI‰Ûªm not really focused on what the points are or who is where, I just want to win as many races as I can,‰Û