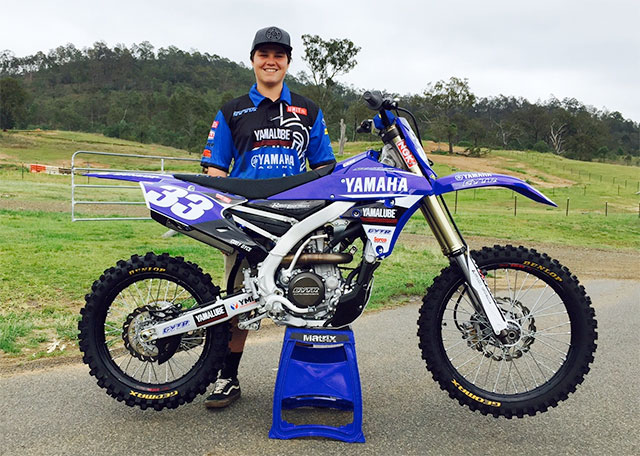 With both 2016 riders moving out of the MXD category for the new season, the team went in search of young, talented riders with Dyce and Pozniak fitting the bill perfectly.

16 year old Dyce from Victoria has been part of the Yamaha step up program where for the past five years has come through the Yamaha Junior Racing team. Dyce has continued to develop under that program and won several national championships along the way and has earned his position on the Yamalube Yamaha Racing team. He now looks forward to taking the next step in his career and into the professional ranks and knows that the hard work has just begun. 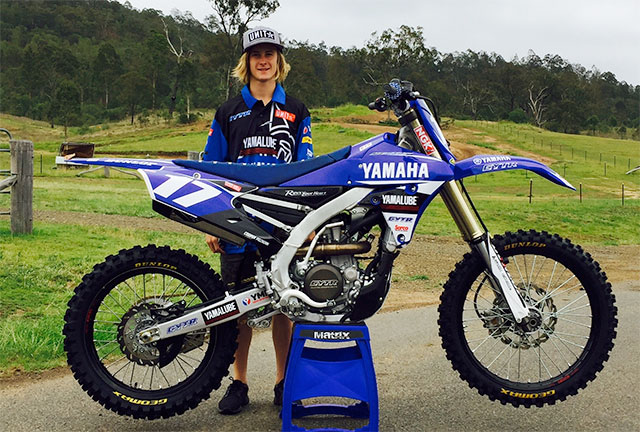 Cooper Pozniak
17 year old Cooper Pozniak comes to the team after a break out 2016 season that saw the New South Welshman finish third in the MXD championship as a privateer travelling the country with his father. It was a huge effort from Pozniak and it didn‰Ûªt go unnoticed by the Yamalube Yamaha team who were quick to snap up the hard working rider for the 2017 season.

‰ÛÏIt‰Ûªs the goal of every rider to be on a factory supported team so to get the opportunity to ride for this team is pretty awesome,‰Û