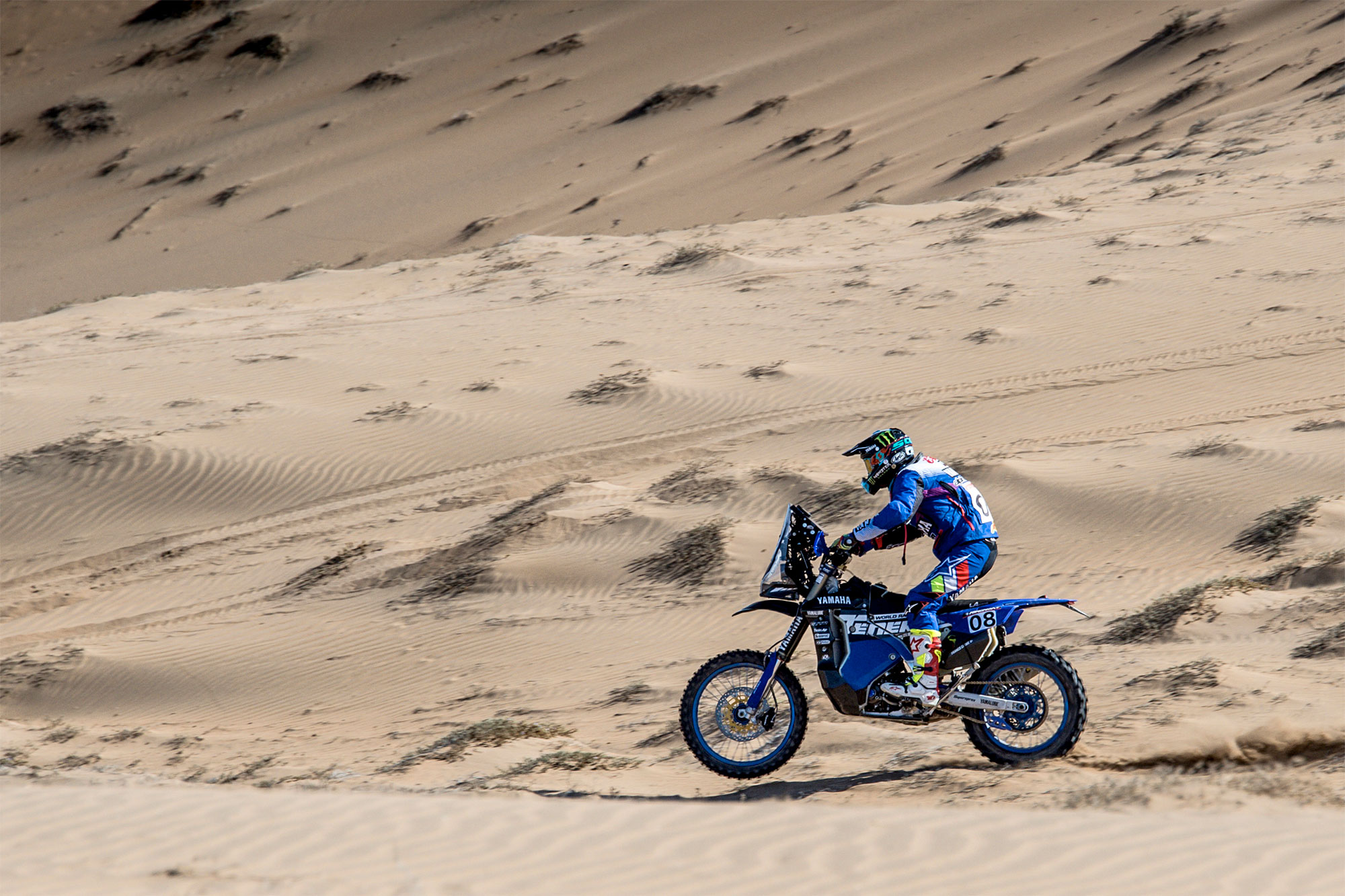 Franco Caimi was the highest placed Yamaha rider, finishing fith overall. Photo: Yamaha Racing
Entering the most vital part of their preparation for the upcoming Dakar Rally, Yamalube Yamaha Official Rally Team riders are more than satisfied with the progress made at this year's Atacama Rally.

Getting valuable racing time aboard their WR450F Rally machines Franco Caimi, Adrien Van Beveren and Xavier de Soultrait placed fifth, eighth and eleventh respectively at the 2018 edition of the event in Chile.

Racing more than 1,300km over a wide variety of terrain, the three Yamalube Yamaha Official Rally Team riders challenged themselves against the elite of international rally racers in really tough conditions. From the massive dunes north of CopiapÌ_ to the fast trails in desert south of the Chilean mining city, the 2018 Atacama Rally proved to be quite a challenge.

Kicking off his participation at the 2018 Atacama Rally with a solid runner-up result on the event's short Prologue, Franco Caimi continued battling for the overall podium all through the week in Chile. Collecting yet another top three result by placing third on stage four, the rider from Argentina wrapped up the rally with a strong fifth place in the final overall standings.

"It was a tough week and I am satisfied with fifth overall," Caimi said. "Racing against the best riders in the world, it felt good to see that the speed is there. I did my best from start to finish but suffered a bit on the last few stages due to a small injury on my right hand. Three weeks ago, I had a fall while training back home in Argentina and this week I felt pain when trying to brake hard using my right hand.

"I'll give it some time and I'm sure it will be fine soon," Caimi continued. "Overall, I'm happy with the progress we made this week, both as a team and with me individually. The tracks were a bit different than what we're all used to. There were some nasty rocky sections and lots of riding in dry and sandy terrain. We're taking the positives out of this race and looking ahead. We're less than a month away from our next event and the goal is to do even better there." 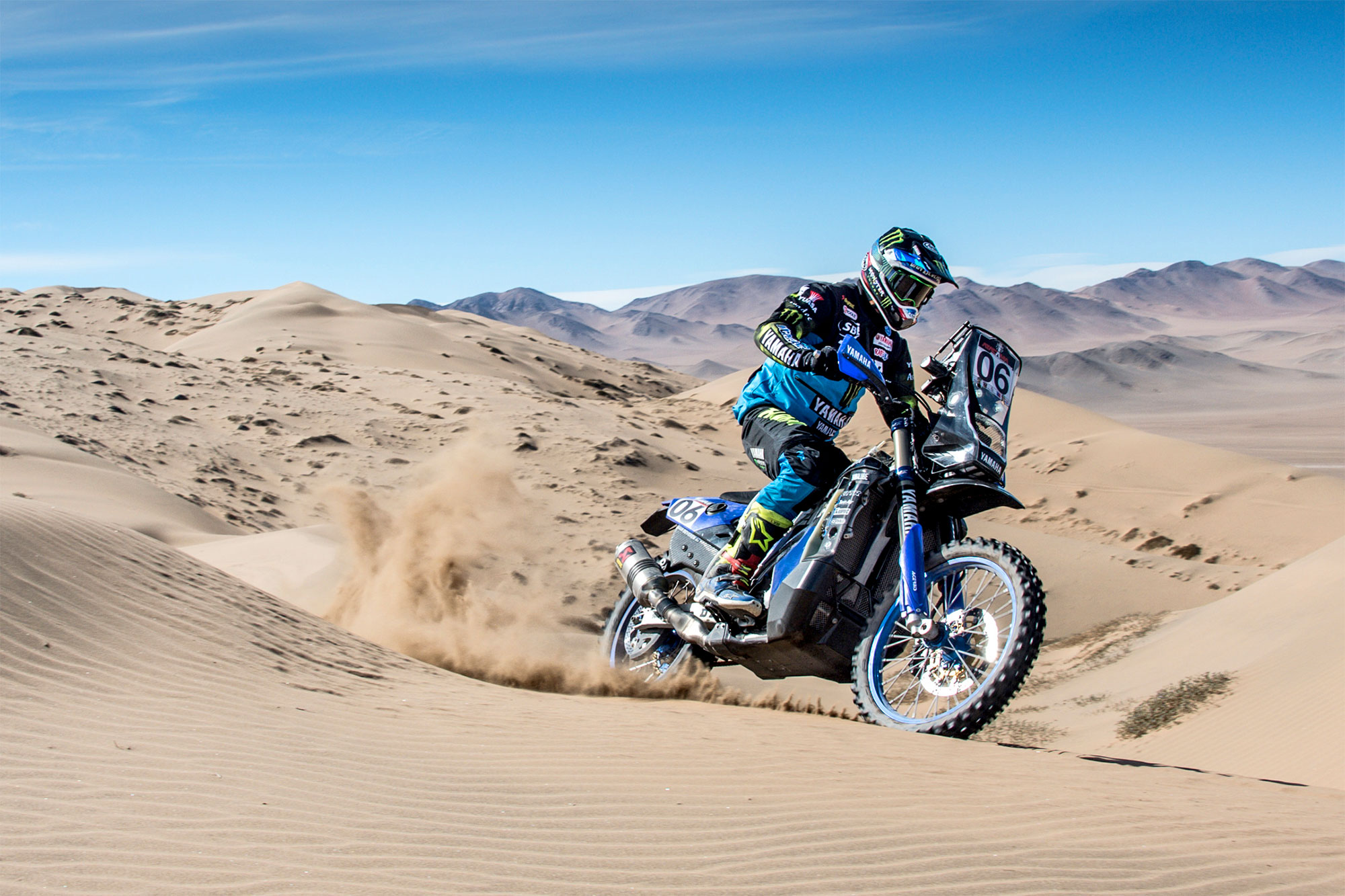 Adrien Van Beveren is back to full fitness following his serious Dakar crash and took his WR450F Rally machine to eighth overall. Photo: Yamaha Racing
Back to full fitness following his Dakar Rally injury, Adrien Van Beveren made some good steps towards the right direction this last week in Chile. Feeling strong aboard his WR450F Rally machine, Adrien kept building on his speed and confidence to earn a positive eighth overall in the rally's final overall standings.

"It feels great to be back racing," Van Beveren enthused. "It's been a long and tough week here in Chile and I'm really satisfied with my physical condition. I tackled the long stages without feeling tired and most importantly without any pain from my previous injuries. There is still work to do in terms of my overall speed, but I am taking the positives out of this race and looking ahead. From leading the Dakar to spending six months away from my bike due to injury, it was mentally hard to keep pushing to come back.

Van Beveren is satisfied with his position at this stage fo the season, saying, "Now I feel stronger than ever and I am in a better position that where I was twelve months ago. I had fun racing my Yamaha here in Chile and I am super motivated to continue working hard. We also made some changes with the bike and that made me even more confident to push. We have a great team behind us and our eyes are now set on the coming event in September." 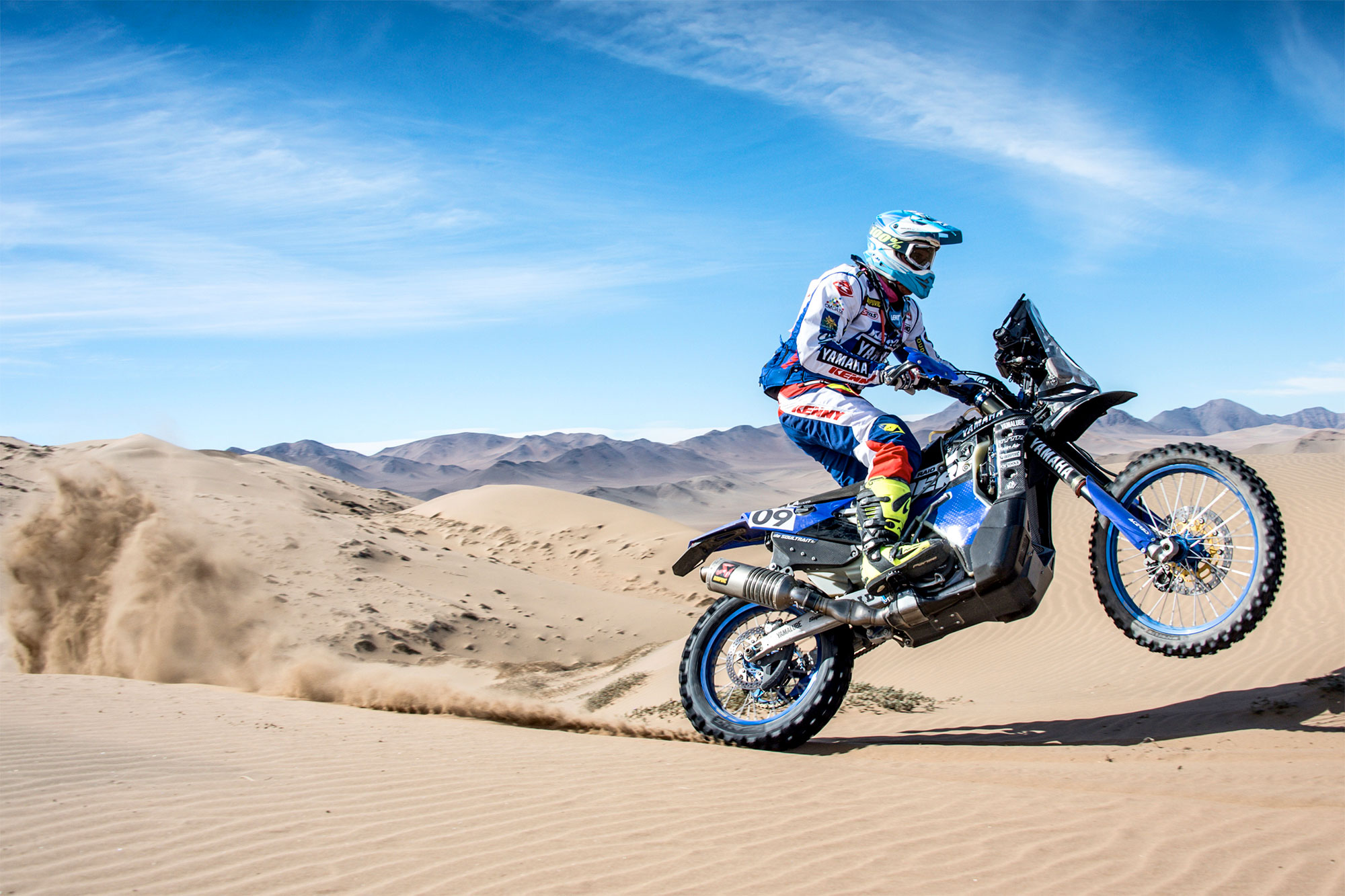 "Coming into this rally I was confident I could battle for the final podium, but a crash on stage one made things harder," de Soultrait reflected. "I am really satisfied with my overall speed and I was happy not to make any navigational mistakes throughout the rally. But with this being my first race after the Dakar, I took some time to adjust to the speed and level of competition. Following my crash on stage one I suffered pain on my shoulder so it was hard to push 100%. I tried to come back after the crash and I was happy to do battle with the leading group of riders in several occasions. The hard work continues and I am now really looking forward to our next race in Peru."

Following their strong outing in Chile, the Yamalube Yamaha Official Rally Team will soon head to Peru in order to contest the 2018 Desafio Inka Rally on September 14/16. 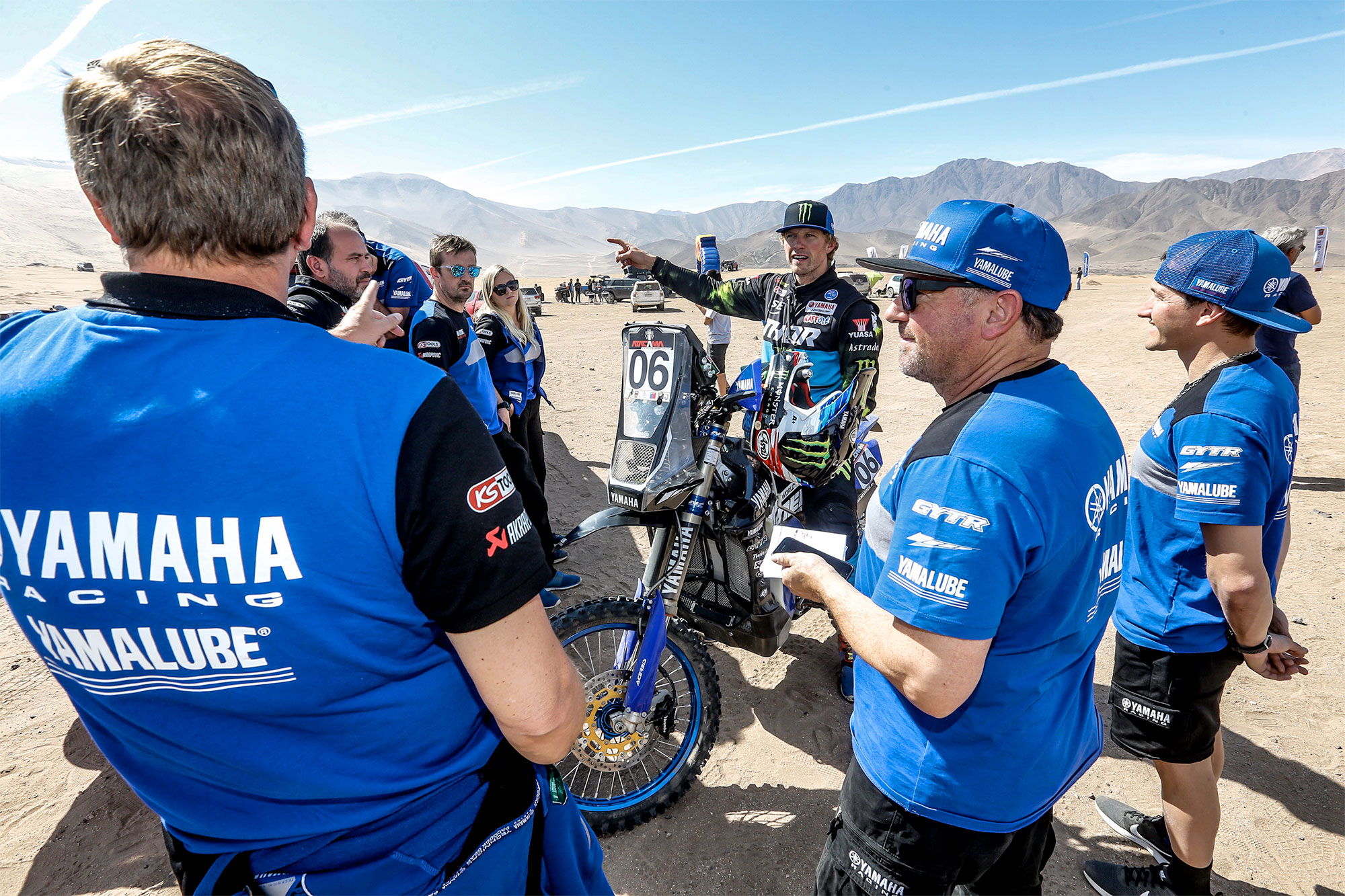