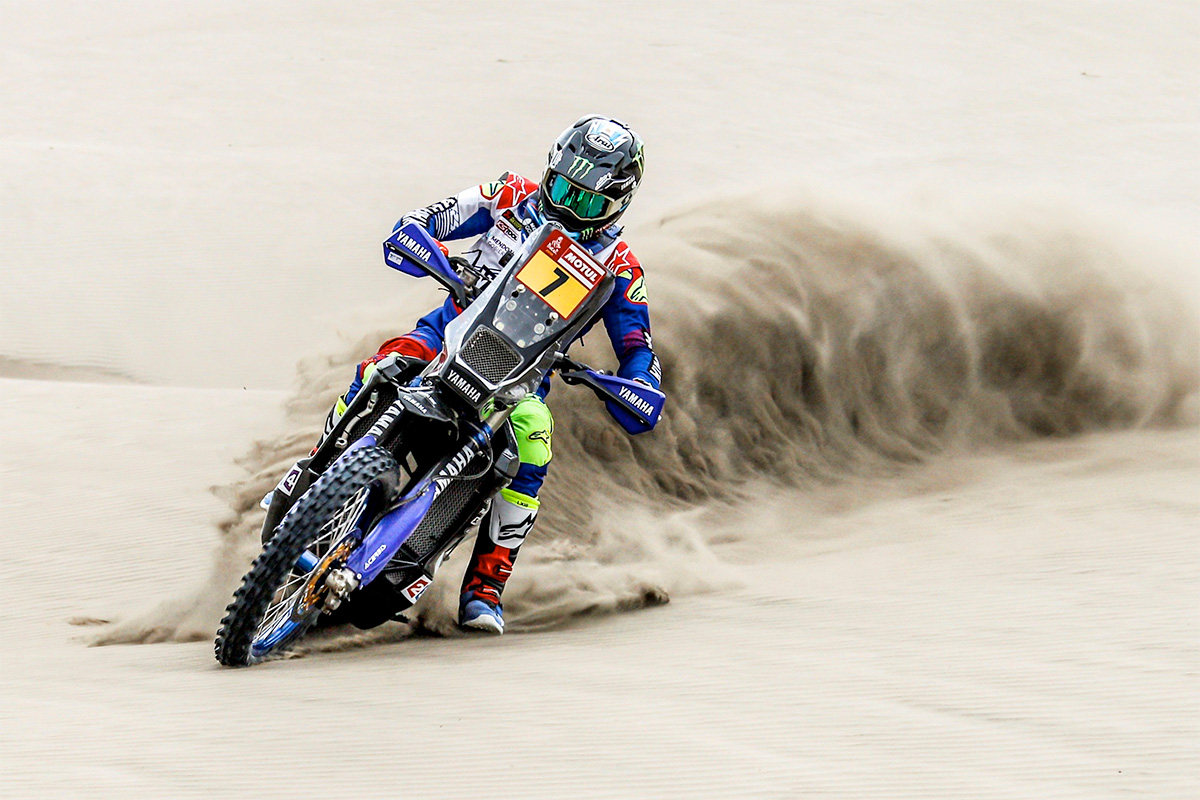 With Adrien Van Beveren and Xavier de Soultrait on the sidelines Merzouga Rally duties will fall to Franco Caimi. Photo: Yamaha Racing
Following on from their positive Dakar Rally campaign in January, the Yamalube Yamaha Official Rally Team return to the 2018 international rally racing scene at the Merzouga Rally on April 15 to 20.

Heading back to Morocco less than 12 months after securing an impressive third place result at the 2017 Merzouga Rally, team rider Franco Caimi will be looking to finish even higher at this year's event.

With Dakar Rally sensation Adrien Van Beveren and last year's Merzouga Rally winner Xavier de Soultrait still on the road to recovery following injuries sustained in the Dakar Rally, Franco Caimi will look to kick off his post-Dakar racing activities on a high note at the week-long event in north Africa.

Joining the Yamalube Yamaha Official Rally Team in the beginning of the 2017 season, Caimi has demonstrated he has the speed and ability to go head-to-head with the elite of international rally riders.

Securing an impressive podium result in his first competitive outing aboard the WR450F Rally machine at last year's Merzouga Rally, the young Argentinean is looking forward to the start of the event this coming Sunday. Working hard during the past couple of months Franco is physically and mentally prepared for the challenge.

"I am really excited to line up at the start of this year's Merzouga Rally. Last year's event was my very first race with the team and we did quite well, securing a podium result," Caimi recalled.

"Things might not have gone according to plan at the Dakar, but I've worked really hard these last couple of months to be mentally and physically ready for the new season. We have a great team and I feel that I am now in the position to go after a good result in Merzouga. With all major teams and riders opting to race the Merzouga Rally this year, it would also be a great opportunity to see where we're at. Going head-to-head with the best in the world gives me extra motivation to do well. I'm more than looking forward to the challenge." 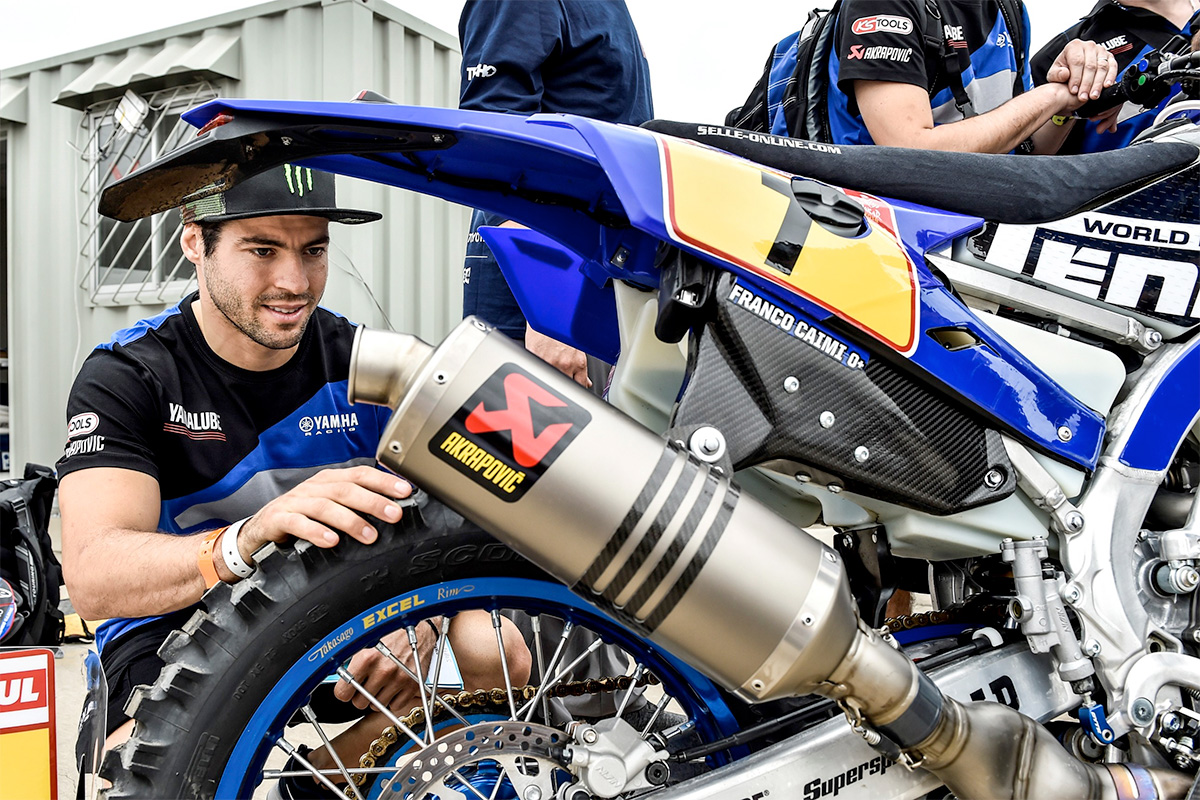 Franco Caimi will head back to Morocco less than 12 months after securing an impressive third place result at the 2017 Merzouga Rally. Photo: Yamaha Racing
Yamalube Yamaha Official Rally Team director, Alexandre Kowalski, added, "The Merzouga Rally will be our first event after the Dakar and it will be a great chance to see where we're at against the best teams in the world. Last January we showed we have a bike capable of winning stages. We've made some minor adjustments to better prepare our WR450F Rally for the shorter stages in Morocco.

"The goal is to continue developing our bike in order to be even more competitive for the coming Dakar Rally. With Adrien and Xavier still recovering from their injuries, Franco will be our representative at this year's Merzouga Rally. Following our great result from 2017, we're looking to keep the momentum going. Franco has trained really hard and we are confident he is capable of securing another good result this year."

Kicking off with a short Prologue on Sunday, April 15, the 2018 edition of the Merzouga Rally will see participants set off on a six-day adventure covering more than 1,000 kilometres in the sandy dunes of Morocco.