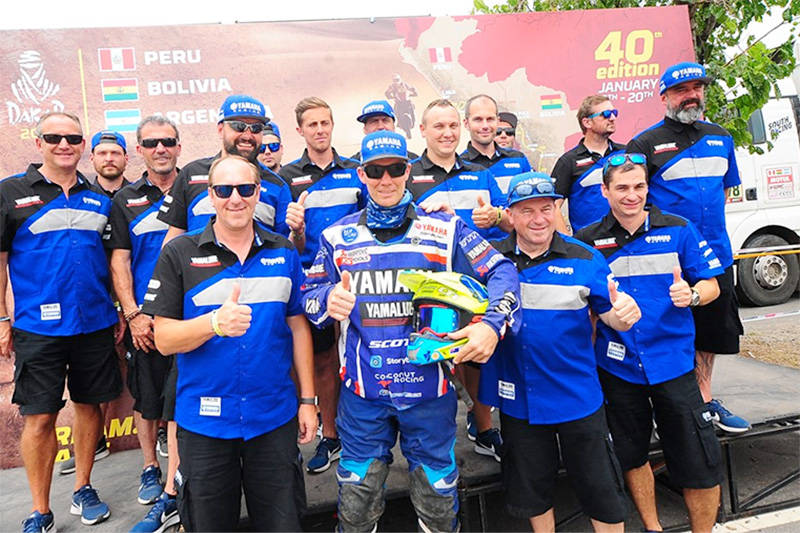 Playing a key role in the development of the race, Adrien Van Beveren retained the lead in the provisional overall standing for five days. Together with his teammates Xavier de Soultrait, Franco Caimi and Rodney Faggotter, the WR450F Rally powered riders made the Yamalube Yamaha Official Rally Team a force to be reckoned with during this 40th edition of the prestigious event.

Featuring more than 9,000 kilometres across the dunes of Peru, through the high altitudes of Bolivia and into the vast fields of Argentina, the 2018 Dakar Rally lived up to everyone's expectations as possibly the most challenging event that has ever taken place in South America. An interesting addition to this year's competition was the many 100% off-piste special stages, as well as the two gruelling marathon stages where outside assistance is not permitted. 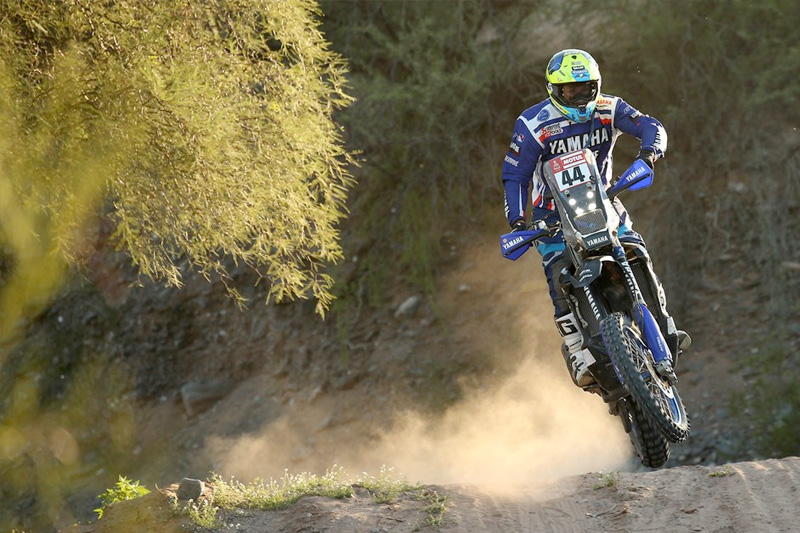 Taking control of the event's overall standings right after the end of stage four, Van Beveren kept the provisional overall lead for another five days until his race-ending crash on stage 10. Demonstrating the vast potential of his bike in varied conditions, the French rally star secured one stage victory, along with three more runner-up stage results. His crash shortly before the end of stage 10 came at a point when Adrien was looking to further extend his lead in the provisional overall standings. 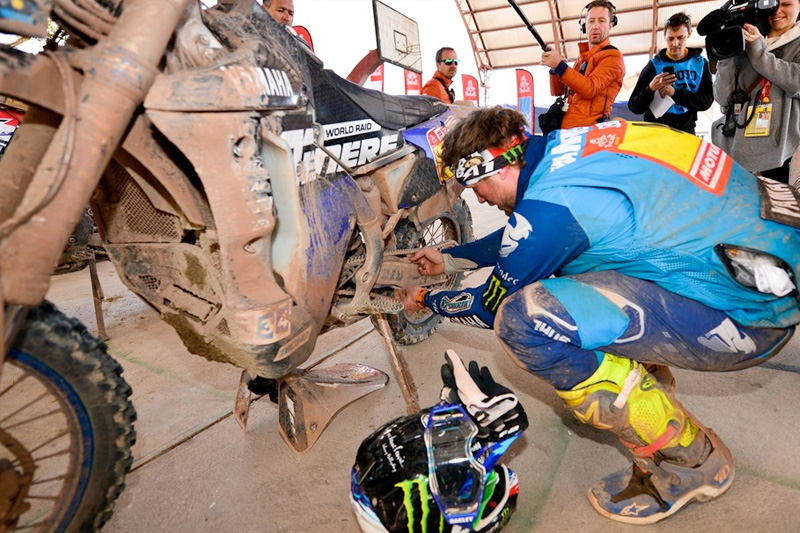 Adrien was looking to further extend his lead in the provisional overall standings on stage 10 but sadly crashed out.
Putting his vast experience in rally racing to good use, Rodney Faggotter played a crucial role for the Yamalube Yamaha Official Rally Team throughout the event. Enjoying an extremely consistent run, the Aussie was there to provide assistance whenever his teammates needed him. Despite losing some time halfway through the race to assist his teammate Franco Caimi, Rod crossed the finish line of the event with a positive 16th place in the final overall standings.

Following a strong season of international rally racing and thousands of kilometres trying to further improve his navigational skills, Xavier de Soultrait entered the 2018 Dakar Rally ready to demonstrate his vast potential. Starting the event with a strong fifth place result on the opening stage and going on to finish stage four in a close runner-up spot behind his teammate Van Beveren, Xavier remained within striking distance of the top of the leader board until his fall during stage eight. 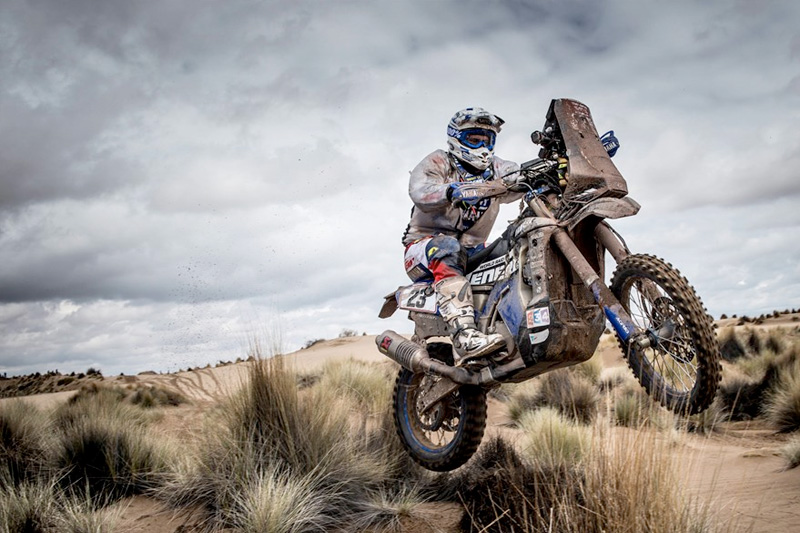 Xavier de Soultrait remained within striking distance of the top of the leader board until his fall during stage eight.
Kicking off the rally with a strong seventh place stage one result, Yamalube Yamaha Official Rally Team rookie Franco Caimi remained inside the top 10 for the first five days of racing in Peru. Suffering a crash on stage five the young Argentinean then switched his focus on putting in some strong individual stage performances for the remainder of the rally. A series of small mistakes in the extremely muddy and tough conditions of Bolivia forced Franco to sit out the rest of the event.

The 2018 Dakar Rally gave Shaun Kazama the chance to demonstrate the potential of his mostly stock WR450F Rally Replica machine. Securing a spot inside the top 50, the Yamaha Japan supported rider crossed the finish line in a strong 44th position. Giving a positive ending to her debut participation in Yamaha's YXZ1000R side by side vehicle, Camelia Liparoti earned fifth in the SXS class of the 2018 Dakar.

Yamaha riders dominated the Quad class of the event. With seven Yamaha powered riders in the first seven spots in the final standings, Chile's Ignacio Casale dominated the field aboard his Raptor 700R machine. After two weeks of racing in South America, Casale topped the overall by a massive one hour and 38 minutes to his nearest rival. 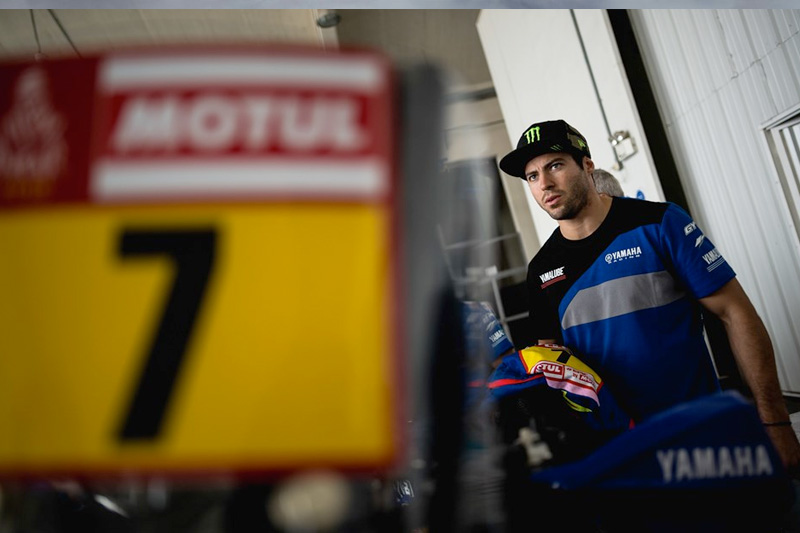 Franco Caimi >remained inside the top 10 for the first five days of racing in Peru but ultimately was forced out with injury.
"This Dakar has been a big adventure for all and we are extremely proud of our team and our bike," Alexandre Kowalski - Yamalube Yamaha Official Rally Team Director - said.

"The opening week of the race was like a dream coming true, the best reward for all our hard work and dedication over years. We reached the halfway point in Tupiza with two of our riders inside the top six and Adrien looking comfortable in the overall lead. The second week was different and brought some mixed fortunes for our team. Seeing Franco unable to continue after stage seven and then Xavier suffer a crash on stage eight was disappointing.

"Despite the misfortunes, we kept pushing hard, fully supporting Adrien in his quest to retain the overall lead. Everything was working according to plan and Adrien was showing extreme maturity. He knew when to attack and also knew how to find his way out of tricky navigation.

"We knew stage 10 would be crucial. Adrien lost seven minutes in the opening part of that day, but then put the hammer down in the second half of the timed special. Making no mistake he was among the first riders to find the correct route and kept pushing and had already built a sizeable gap to Matthias Walkner. His crash just before the finish of that stage shows how tough and unforgiving this race can be.

"Despite all the misfortunes, we managed to reach the finish with Rodney. He did a great job for the team and we can't thank him enough for that. Overall, we're really satisfied with the things we learned and the ways in which we improved this year. We had an amazing team spirit at all times and we became even better after this adventure. We showed we have a machine that is capable of winning stages and battling for the overall victory.

"The WR450F Rally was there no matter the terrain or conditions. It's a great race machine that we will continue developing to make even better. This had been a massive experience for all of us and we can't wait to be back," Kowalski concluded.

Eric de Seynes - Yamaha Motor Europe President, CEO - concluded, saying, "I would like to genuinely congratulate the Yamalube Yamaha Official Rally Team and all the Yamaha riders. This 40th edition of the Dakar has been one of the toughest in recent memory. It was an extremely demanding race with hugely varied terrains and conditions ranging from the extreme heat of the Peruvian dunes to the low temperatures in the Bolivian mountains."

"We are really proud of the work done by the official Yamaha riders, who demonstrated a great potential to battle for victory. They managed to remain competitive while also maintaining a true spirit of commitment and solidarity. 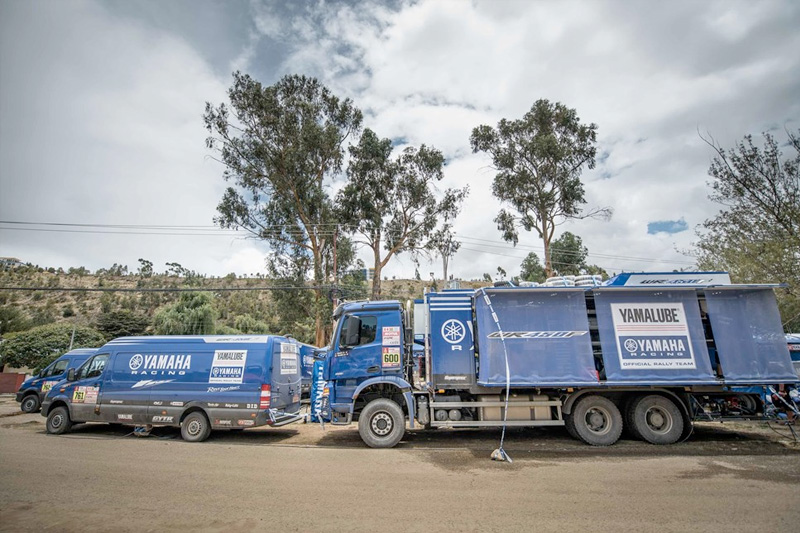