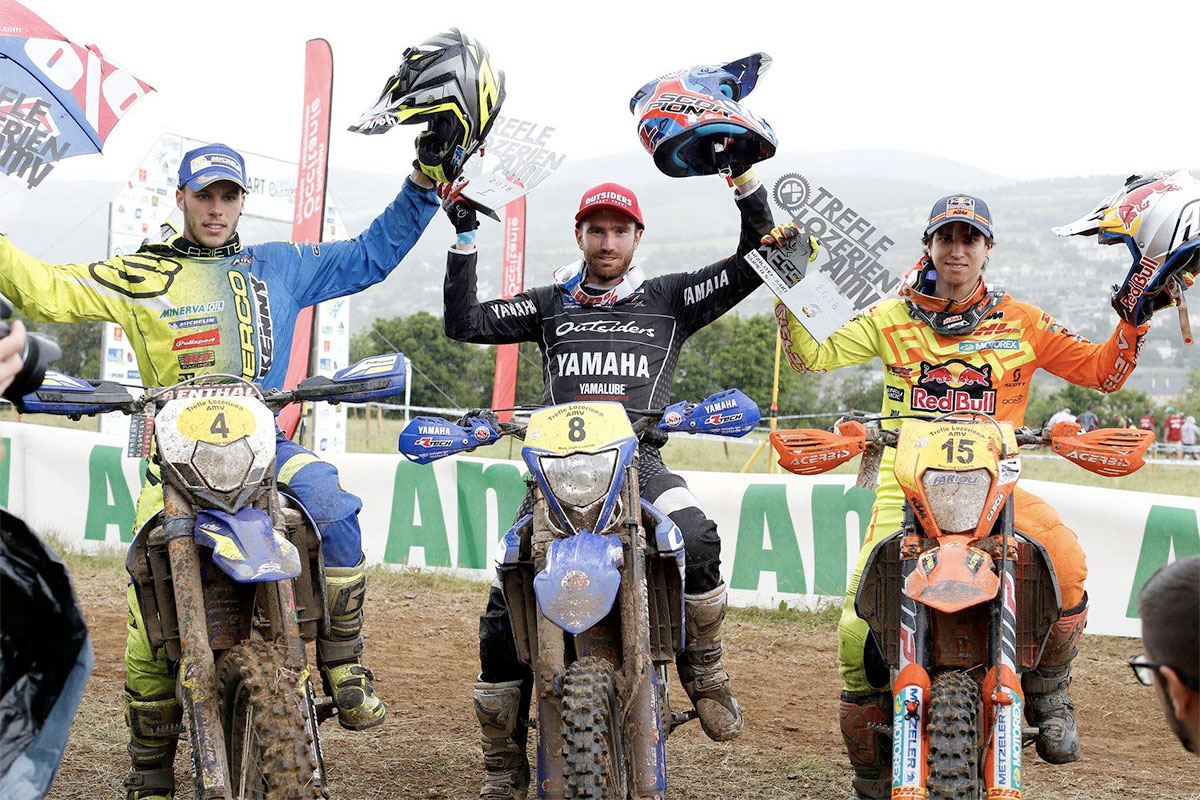 With the outcome of this year‰Ûªs overall victory going right down to the 15th and final special test of the three-day race, it was Larrieu who could finally breathe easy after claiming his debut victory at France‰Ûªs most important Classic Enduro.

Pushing him all the way, rising French talent Theo Espinasse claimed second, while a day three win for Red Bull KTM Factory Racing‰Ûªs Josep Garcia lifted him to third in the overall classification.

With three manufacturers filling out the top three podium positions, Yamaha continued their domination of the event by securing their 20th win. In the WESS championship standings, a very impressive 10th overall by KTM‰Ûªs Jonny Walker sees the Brit maintain his championship points lead.


For day three of the TrÌ¬fle LozÌ©rien AMV the starting order of the 600 competitors was reversed allowing the amateur riders to lead the pro riders out on the 150-kilometre long Circuit de la Margeride course. With a more defined racing line cut into the special tests it lessened the advantage of some of the grass track specialists.

Eager to make up for Friday‰Ûªs lost time, Garcia was on a charge from the off and immediately set the fastest time on the opening special test from Larrieu and Julien Gauthier, while provisional leader Emmanuel Albepart was nearly five seconds back in 10th. 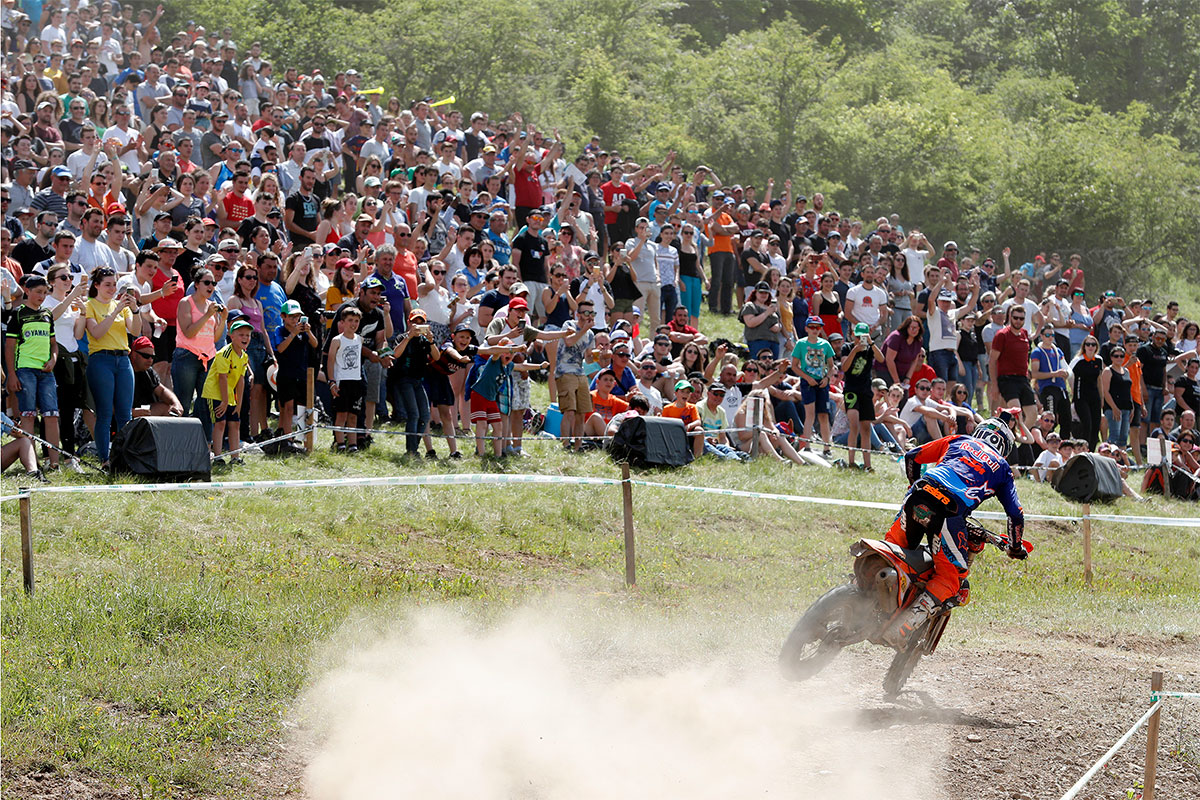 A win on the final day was enough to give Red Bull KTM Factory Racings Joseph Garcia third placed overall. Credit: Future7Media
As the day continued, so too did Garcia‰Ûªs unrelenting pace. Fastest on tests two, three and four, the Spaniard had worked his way back into winning contention with just one stage remaining. With everything to play for, Larrieu held advantage as the new provisional leader, but nothing was certain.

Determined to make it third time lucky at the TrÌ¬fle LozÌ©rien AMV, Larrieu laid everything on the line to deny Garcia a clean sweep of day three tests wins and in doing so secured victory at the third stop of WESS.

‰ÛÏI‰Ûªve been trying to win this race for three years, so to finally get it done is a special moment for me," a happy Larrieu said after the race. "With it included in WESS it certainly added to the pressure, competition and prestige. It‰Ûªs always been important to win here but this was probably one of the most competitive years yet. After my mistake on day one I came back well and just chipped away at things, always fighting for the race lead. It was only until I finished the final special test that I could think about celebrating. Also helping Yamaha to their 20th victory in this race means a lot too.‰Û 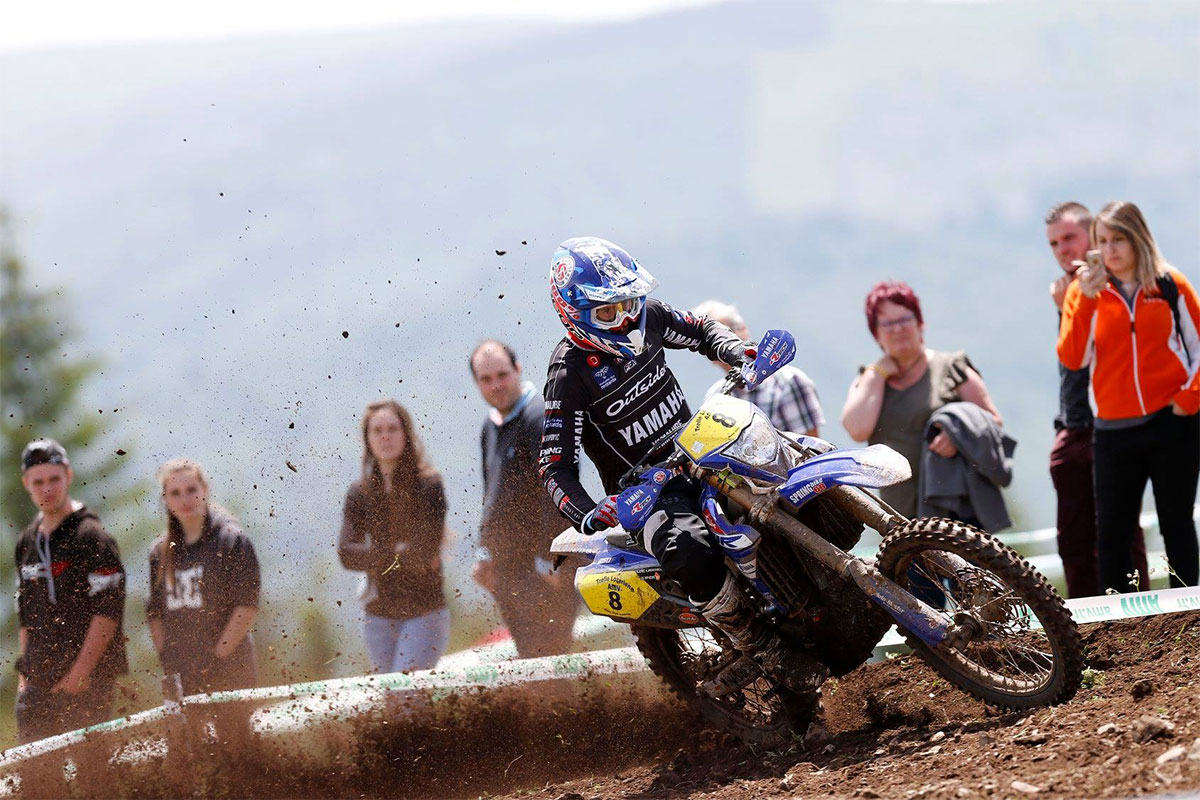 After three days and more than 600km of racing Frenchman Loic Larrieu and his Yamaha WR450F came out on top. Photo: Future7Media
Despite a seventh-place finish on day three, Espinasse had enough in hand to maintain his runner-up position in the event.

‰ÛÏI‰Ûªm so happy to take second place this weekend. With it being a round of WESS there‰Ûªs so many fast riders here and the competition is very tight," Espinasse said. "In general, it‰Ûªs been a very good three days of racing. I felt strong all weekend and despite still only being a Junior rider I was able to race and beat some of the world‰Ûªs best Enduro riders, which is incredible for me.‰Û 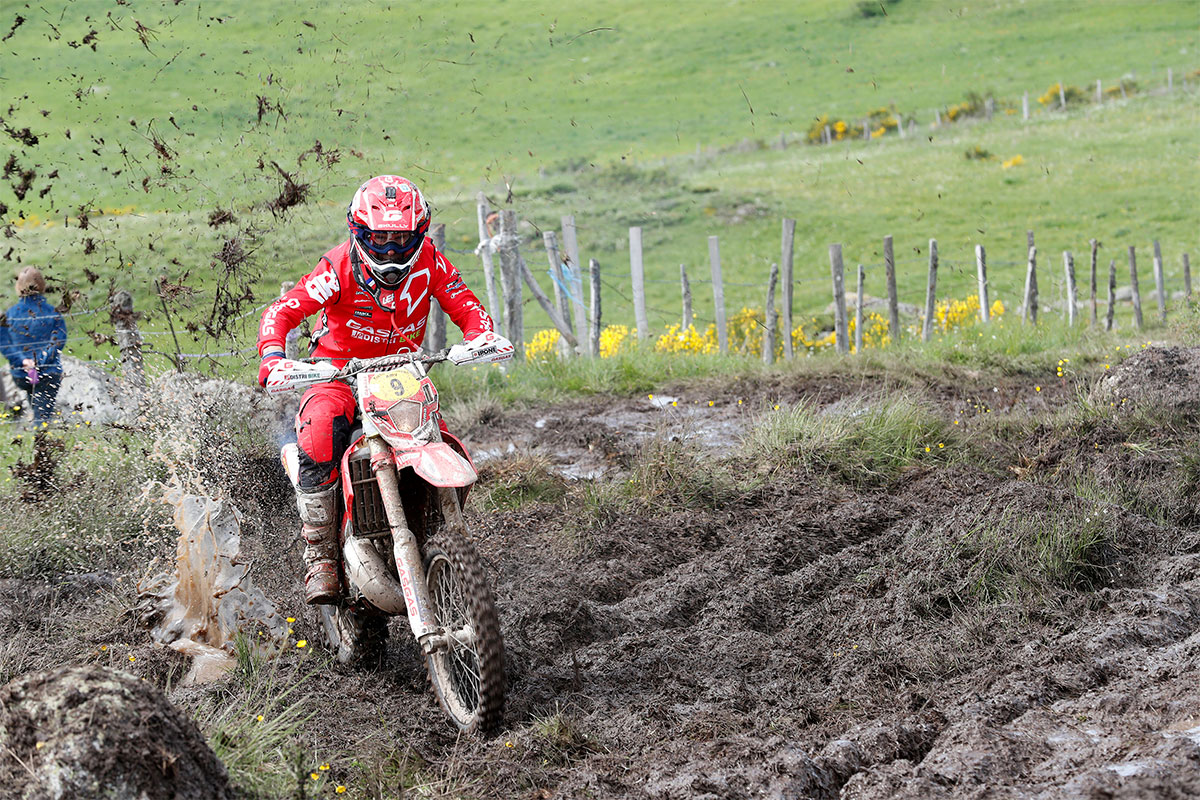 French riders took five of the the top six positions with Johnny Aubert being the sixth placed French rider in the overall classification and the winner in E3. Photo: Future7Media
Putting in a consistently strong performance throughout the three-day race, Walker‰Ûªs final position of 10th was enough to ensure he maintains his lead in the WESS championship after three rounds.

‰ÛÏI‰Ûªve really enjoyed my time here in France," Walker enthused. "Despite initially feeling out of my comfort zone in Classic Enduro I feel like I adapted well. Tenth overall is a strong result to take away from round three. There are some incredibly fast grass track specialists and so it was always going to be tough to challenge for a podium result. But to finish 10th and also increase my lead in the series is fantastic.‰Û