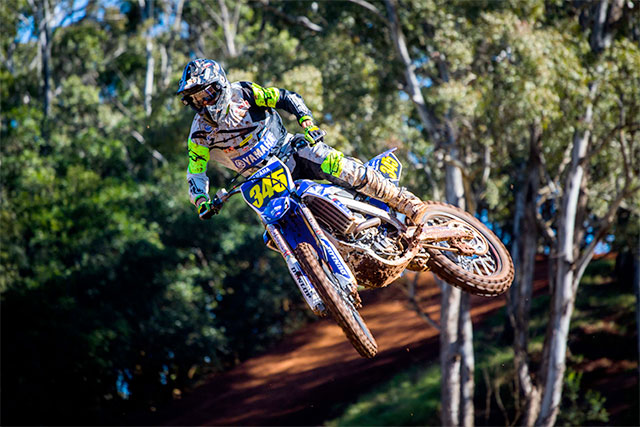 Two class wins, a second and a third place is the final series tally for the GYTR Yamaha Junior Racing Queensland duo of Jack Kukas and Levi Rogers after the sixth and final round of the Airoh Sunshine State Motocross Series wrapped up at Toowoomba‰Ûªs Echo Valley Circuit, on the weekend.

Both riders acquitted themselves well across the series and were rewarded by standing on the podium in each class they contested.

Jack Kukas finished the series the same way he started, winning the day on his YZ125 in the 15 years 125 class and backing them up with another round victory on his YZ250F in the 15 years 250cc. Kukas claimed 2-1-1 results on his 125 and won all three motos on the 250cc to win five out of six motos on the day and stamp his authority in the series.

‰ÛÏIt‰Ûªs good to get the series win on both bikes and tick that goal off the list for 2017,‰Û 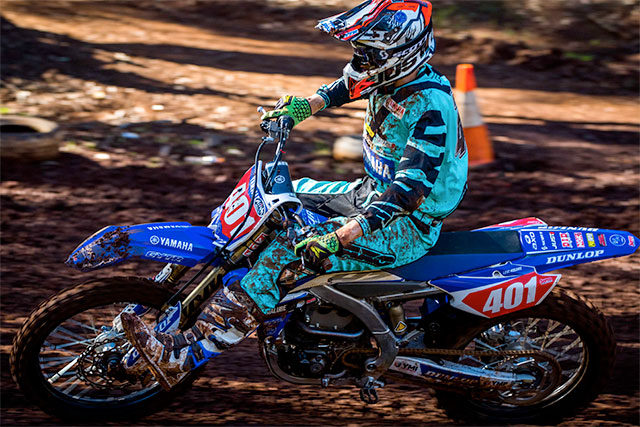 Levi Rogers finished the series second on his 250 and third on the 125. Credit: Zhane Dunlop
Team mate Levi Rogers also grabbed his fair share of the podium rounding out the championship in second place in the 13-14 years 250cc and then third in the 13-14 years 125cc in a consistent showing throughout the six rounds.

Rogers entered the final round just six points out of the series lead on his YZ250F but a crash in moto two severely damaged his series aspirations. He finished the day in fourth place with 4-8-2 results and missed the series win by 11points.

Points were just as tight in the 125cc class with three riders fighting over the minor podium positions. Rogers took third on the day with 4-3-3 results and as a result finished equal second in the series but dropped to third on a count back.

But the series proved to be a fruitful one for Rogers who continued to show improvement through the six rounds and on all racing surfaces.

‰ÛÏIt‰Ûªs a little disappointing not to win on the 250 but when I look back over the six rounds, it was probably round two that cost me the most when I crashed a couple of times while leading races. I improved my consistently after that as it showed me that every race matters.

‰ÛÏOverall it‰Ûªs been a good series for me and things have gone pretty well. Echo Valley isn‰Ûªt my favourite track and I have struggled here in the past but I got better as the day went on today so hopefully next time I come here, I will be a little more confident on this track.

‰ÛÏI want to thank my family for a huge effort as we drive down from Blackwater for each round and also our Yamaha Junior Racing Team and sponsors,‰Û