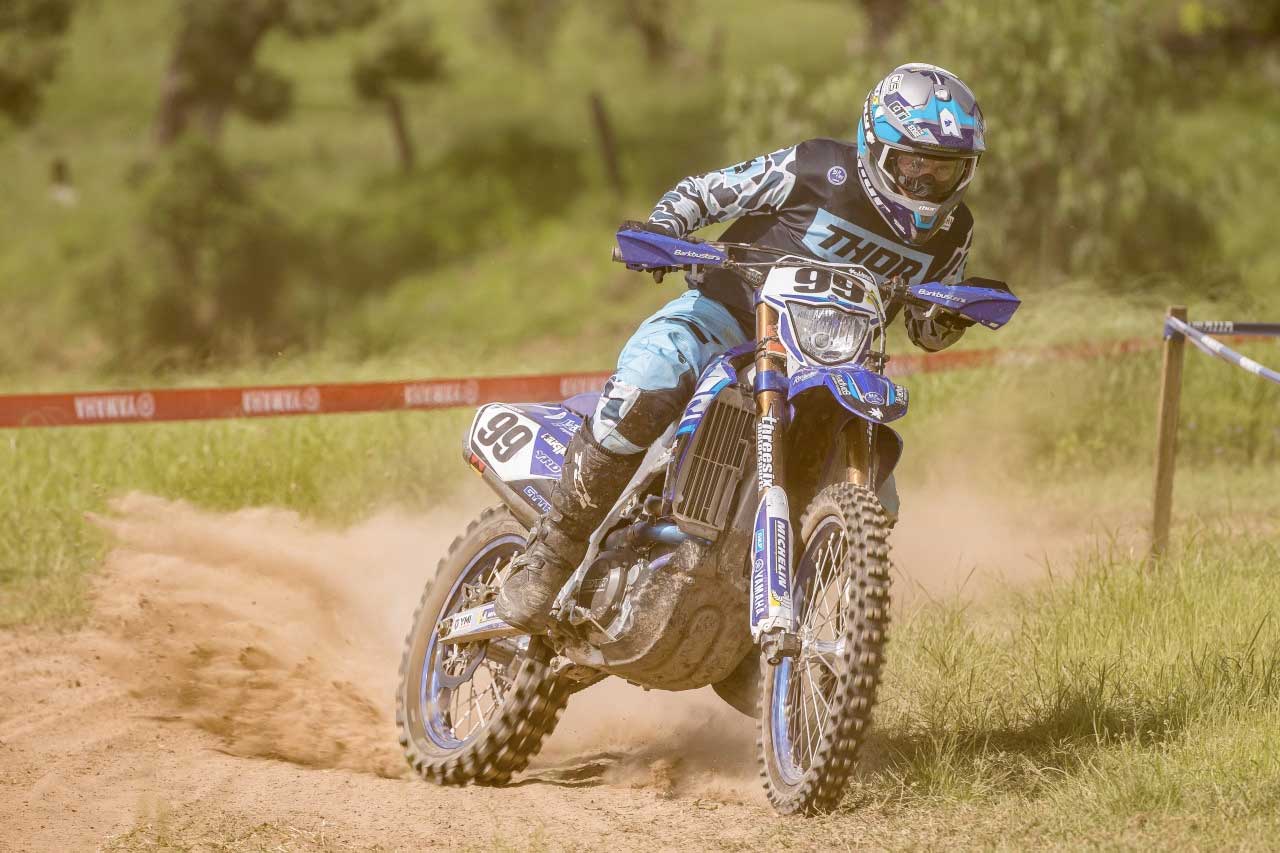 Josh Green
With a record number of entries, strong media interest and near perfect weather conditions, the opening weekend of the Yamaha Australian Off Road Championship blasted off in Toowoomba, QLD, over the weekend with the Yamaha Active8 Yamalube Racing Team of Josh Green and Luke Styke right in the thick of the action.

A sprint format was in place all weekend, with three courses in use, combining everything from loamy grass track to rocky technical sections that made the weekend a challenge for all riders.

Green led the charge for the Yamaha team and battled on determinedly all weekend despite coming into the season opener under-prepared due to a heavy fall just two weeks ago. But the veteran came out all guns blazing on Saturday and posted times near the top of the outright list and took it up to the major players in off road. He finished the day in third-place in the highly competitive E2 (450cc) division and on both days shadowed Daniel Milner and Australian MX Champ, Todd Waters all weekend.

But for Green, the real challenge was maintaining his heath over the weekend and thanks to some smart thinking by the team who enlisted a physio to be on hand all weekend, Green stayed stronger than expected and left the opening round not only well placed, but confident in his bike and riding.

‰ÛÏTwo weeks ago it was doubtful I would even be racing, so to not only be competing but also very competitive is a real bonus and I‰Ûªm satisfied with the result from the weekend,‰Û 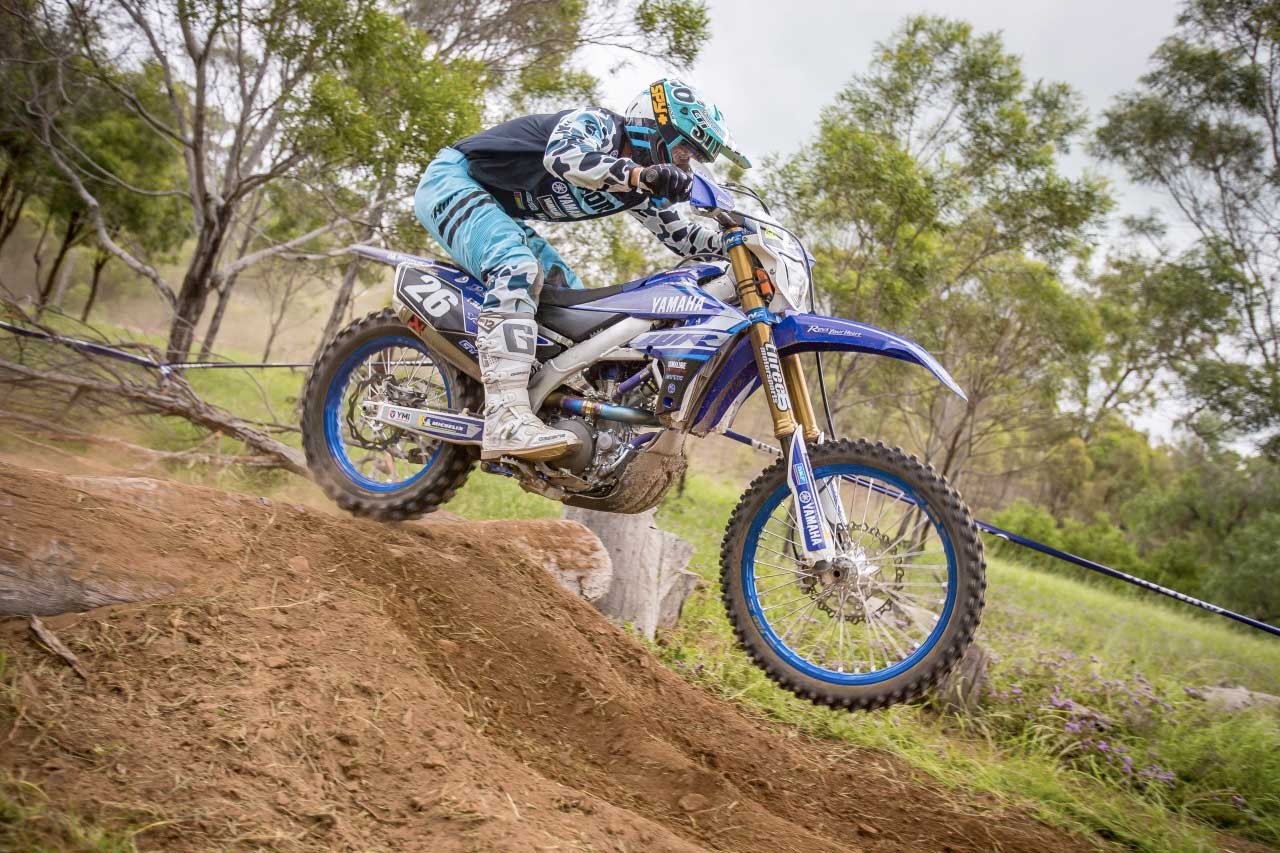 Luke Styke
Luke Styke assumed his position at the head of the E1 (250cc) as he has done for the previous two years and took another convincing victory on Saturday. But the Styke juggernaut was slowed on Sunday when he crashed heavily on Sunday on the second sprint lap that left him sore, sorry and battered.

Nursing a banged up elbow and reaggravating an ankle injury, Styke soldiered on for the remainder of the day. He clawed his way to third place in E1 on the day and his combined 1-3 results has in sitting second after the opening two rounds.

‰ÛÏSaturday was good and everything was on track but I got it all wrong in a rocky area of the course and fell onto my elbow and also got my ankle stuck under the bike. And I‰Ûªm not sure what hurts most. I will have to get them both checked out as the pain in both is pretty high.

‰ÛÏI managed to finish and actually got better as the day went on, but I was no where near 100%. Thankfully the team had my back and encouraged me to keep plugging away and salvage what I could after the crash.

‰ÛÏMy first priority will be to get both my elbow and ankle checked out and make a plan after that,‰Û 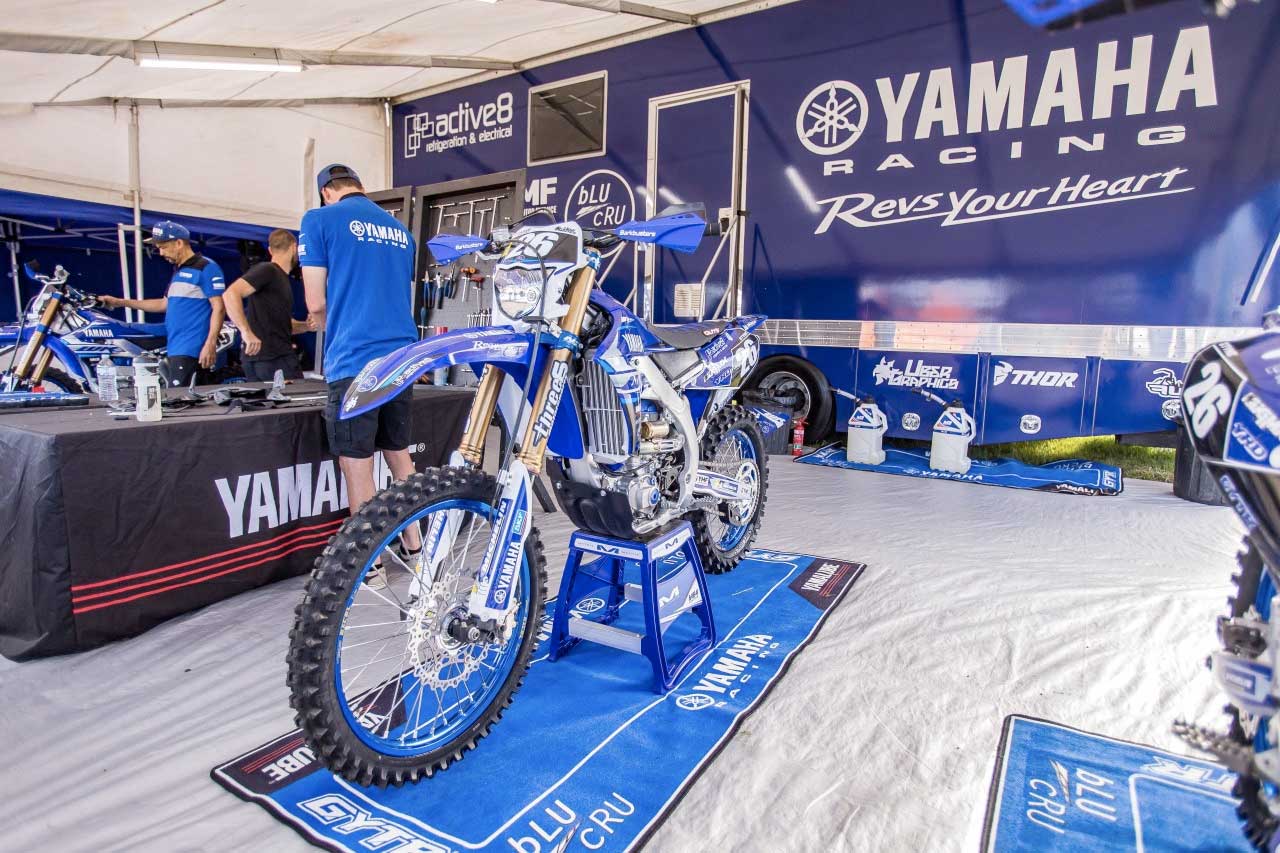