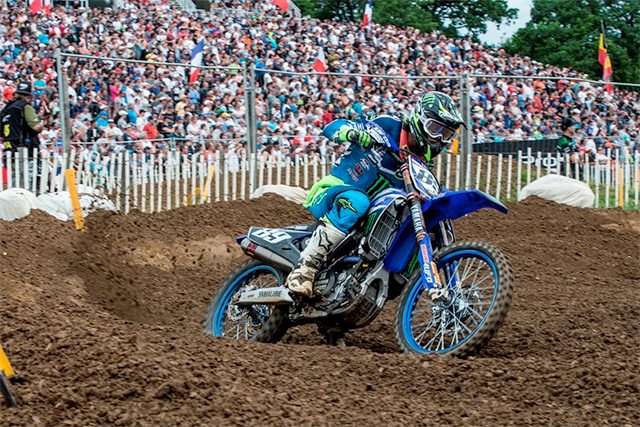 Monster Energy Yamaha Factory Racing's Jeremy Van Horebeek will miss this weekends eleventh round of the FIM Motocross World Championship due to a broken finger.

Van Horebeek injured the finger at the Russian GP following a crash during the MXGP qualifying race. Medical tests on the day confirmed the Belgian had dislocated and broke his finger. After the diagnosis he was sent home to Belgium for further treatment and recovery.

"It's a bummer to not be racing in Ottobiano, I really like that track, I have always felt like I am really fast there," Van Horebeek said. "It's going to be difficult for me not to be on the line, but I am more focused on my training now and coming back stronger than before.

"I will see the doctor on Friday and hopefully have the plaster taken off my hand. They will tape my two fingers together and it shouldn't be too long after that that I can be back on the bike. I will make a decision based on the strength and pain in my hand next week whether I return in Portugal or Loket."

Van Horebeek is currently 6th in the championship standings, tied on 261 points with Tim Gajser in 5th, KTM's Jeffery Herlings is a further 30 points ahead of the duo in 4th.