Yamaha’s Jay Wilson Makes it Two in a Row 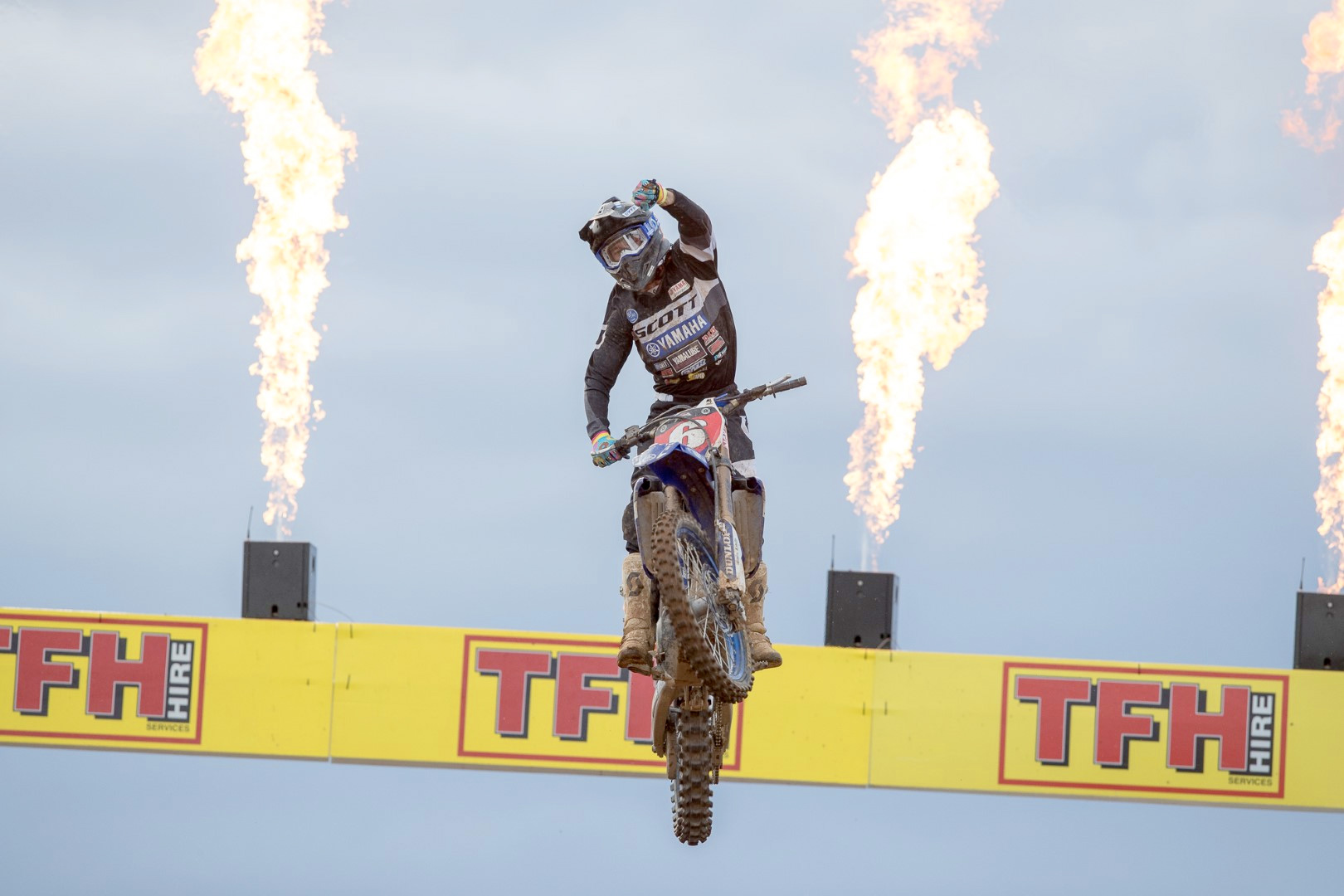 Contesting the SX2 (250cc) division on the Yamaha YZ250F, Wilson showed plenty of fight as took the race win and now moves his focus to round three at Geelong this weekend.

Wilson was in good form all day but unlike round one where he took control of the final in the early stages, round two was the exact opposite as Wilson had to move passed all his main rivals to snatch victory.

After the chaos of the opening laps that saw 20 riders banging and barging for position, Wilson settled into fifth place and set his sights on the riders in front. On Lap five he moved into fourth, lap nine saw him snatch third. The twelfth lap saw him move into second place and then with just two laps to go, Wilson charged into the lead and race off to a popular win in front of a good crowd gathered at the Coolum Pines circuit. 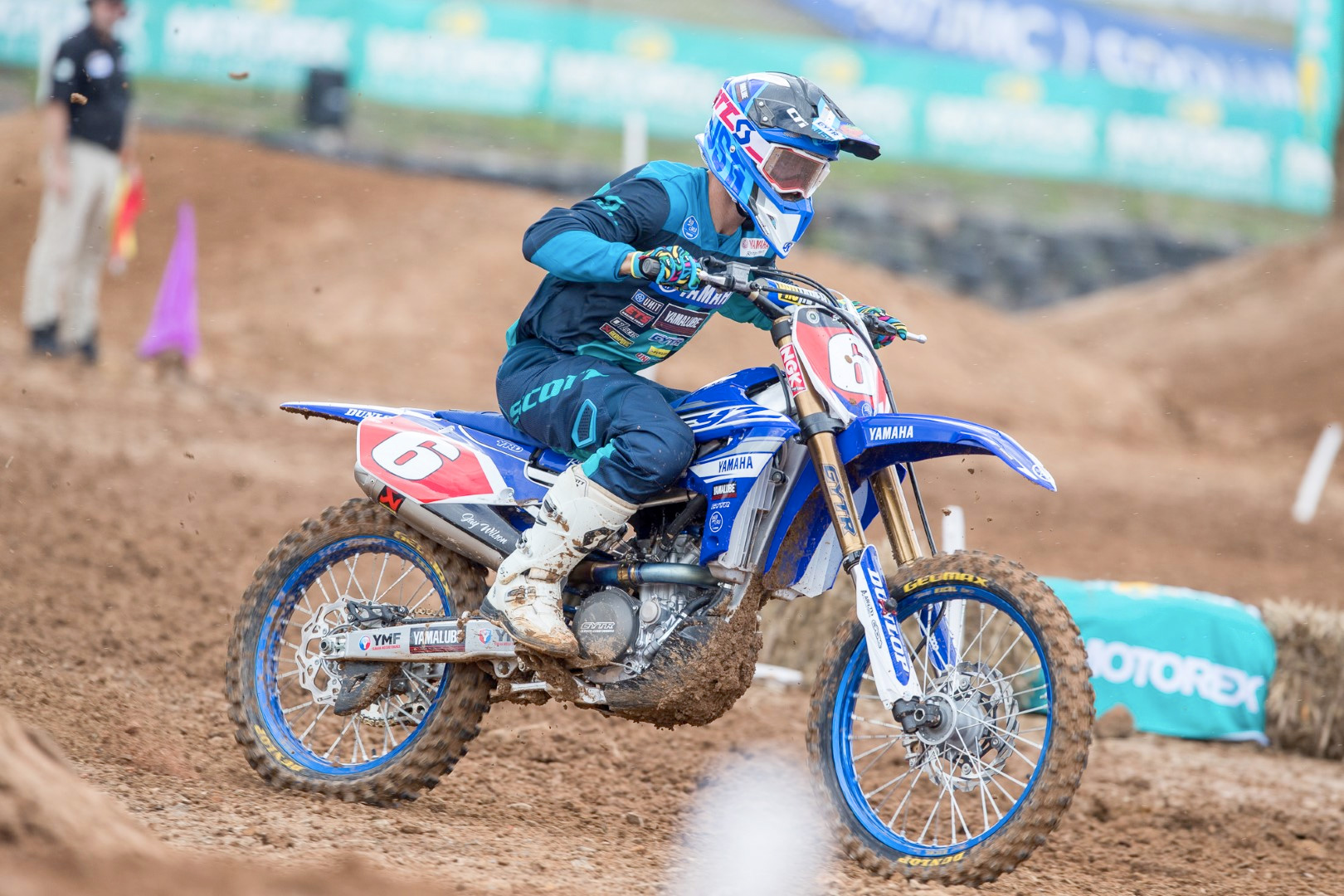 Jay Wilson now has a 14 point lead in the SX2 Championship. Photo: Yamaha
‰ÛÏWow, I had to work for that one,‰Û 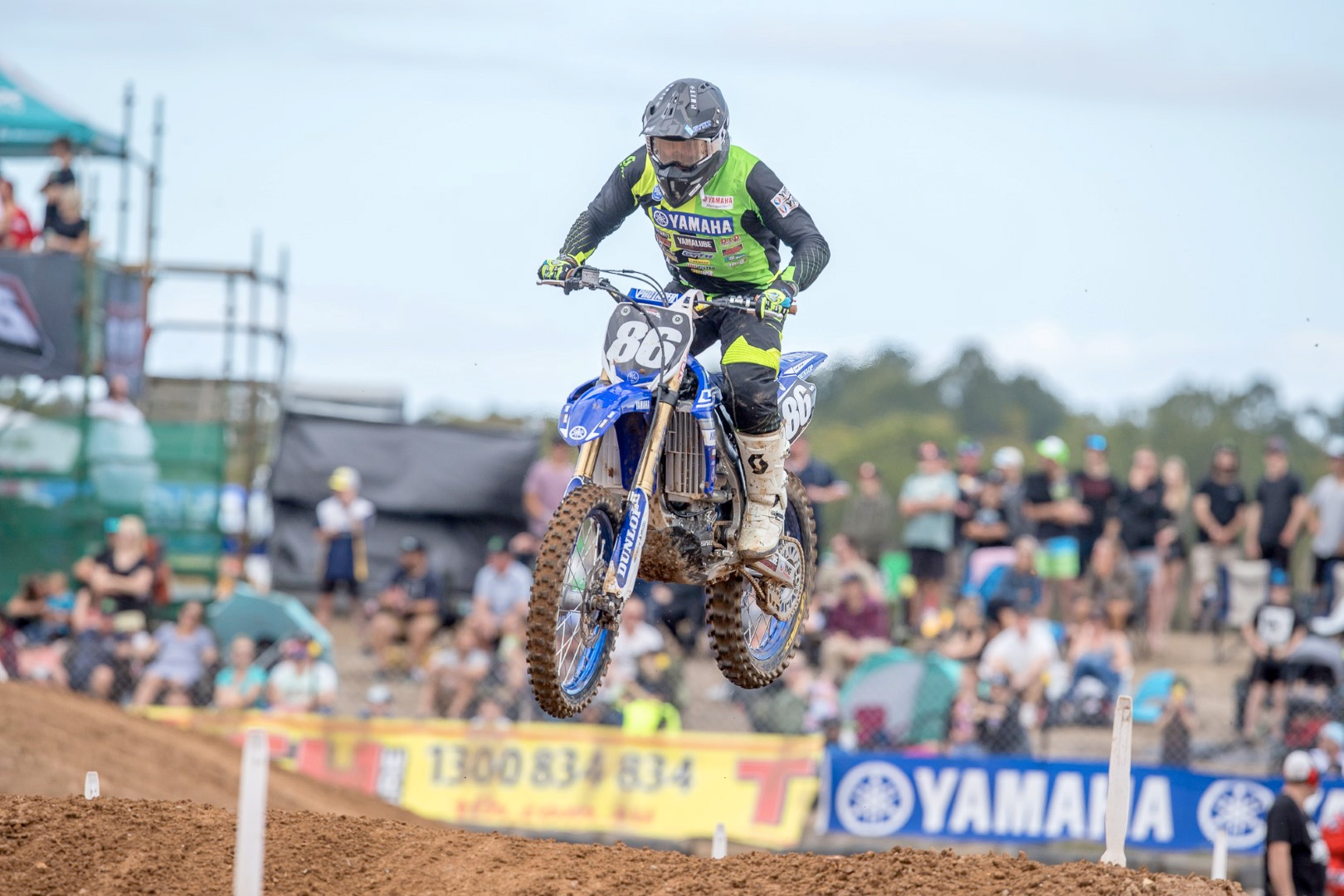 It was a promising round for supercross rookie Richie Evans with a positive 9th place. Photo: Yamaha
It was also another promising night for team mate, Richie Evans, who raced his way to another top 10 finish in the SX2 class, highlighted with the fastest lap in qualifying, in just his second supercross race.

Evans slotted into the top six in the early stages of the final but a couple of costly mistakes saw him drop back a few spots as the 15 lap main event went on but a ninth place finish is a very respectable result for the ever improving Evans.

‰ÛÏMy goal at each of these rounds is to finish inside the top 10 each time I go out and improve a little at each round. My speed seems to be pretty close to the front guys, but the intensity of the opening laps gets me and I make a few mistakes later in the race.

‰ÛÏBut with each main event, I hope to stay in the front group for longer and I‰Ûªm learning heaps every time I hit the track,‰Û