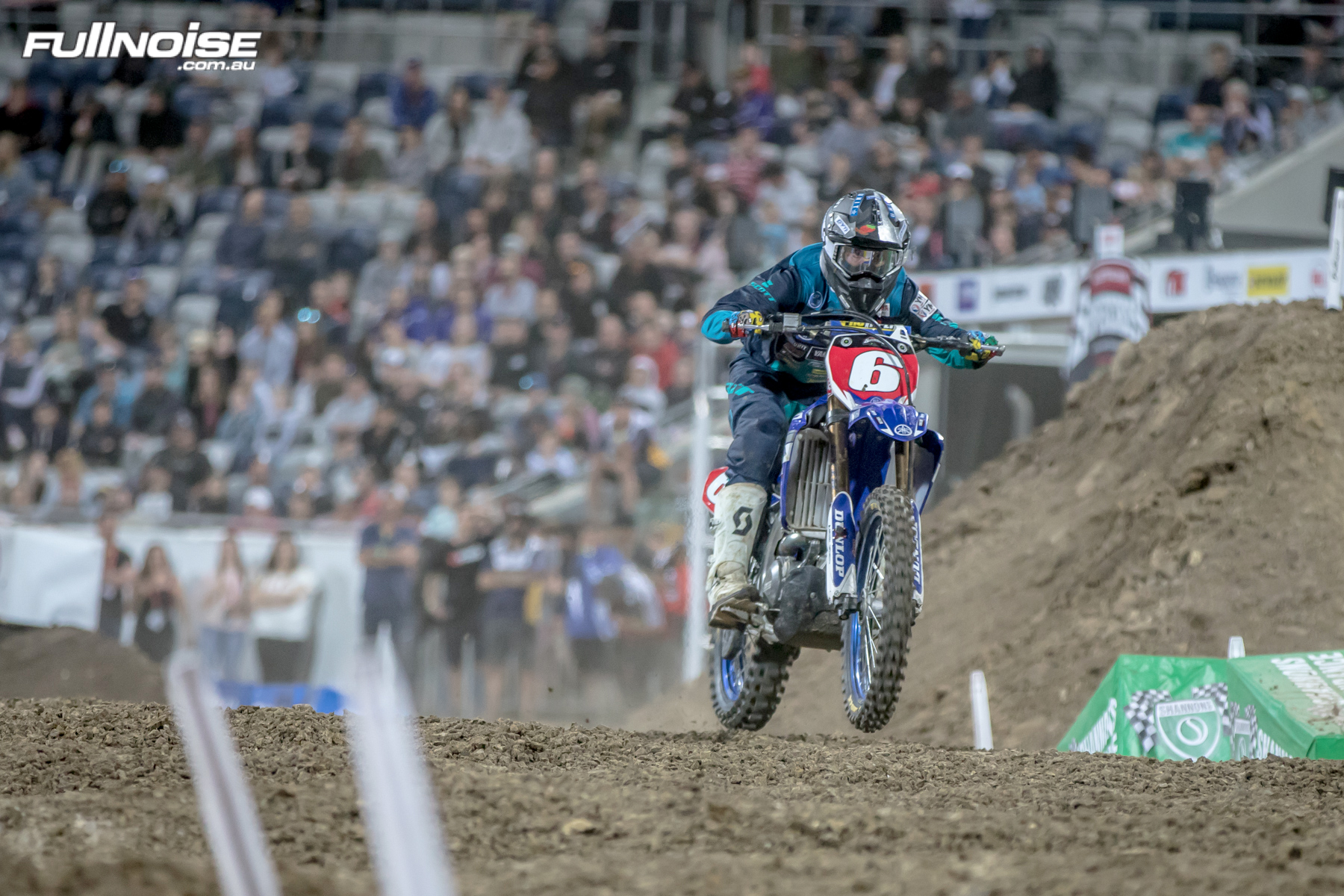 Race one proved a real challenge for Wilson as he didn‰Ûªt get the start he needed and was desperate to claw his way to the front. - Photo: Aaryn Minerds
Jay Wilson continues to lead the SX2 (250cc) Australian Supercross Championship after racking up another podium position at round three of the series in Geelong on Saturday Night.

Wilson won the previous two rounds but the experienced campaigner knows while it‰Ûªs important to win races, it‰Ûªs just as important to be consistent and his third place finish on the weekend proves he is capable of both and now holds an 11 point lead with two rounds remaining.

Faced with the triple final format at Geelong on a tight track that saw the top 12 riders qualifying within .8 of a second, it had the potential of being a season defining night. But Wilson kept his cool despite facing some challenges and finished on the podium for the third time in as many rounds and heads to round four confident of continued success.

Race one proved a real challenge for Wilson as he didn‰Ûªt get the start he needed and was desperate to claw his way to the front. In doing so he hit the back of another rider and went down, dropping all the way to the back of the field. He scrambled to get back in the race and despite it only being a 10 lap race, he managed to climb his way back to 11th to score some valuable points.

Races two and three fared much better with Wilson returning to the front of the pack. He led race two from the early stages and then was able to break clear to take a vital race win. Then in race three, it was again Wilson at the front of the pack and charging. In hot pursuit was Hayden Mellross who was able to sneak by in the last two laps and deny Wilson his second race win of the night which also would have secured him the round overall victory as well. 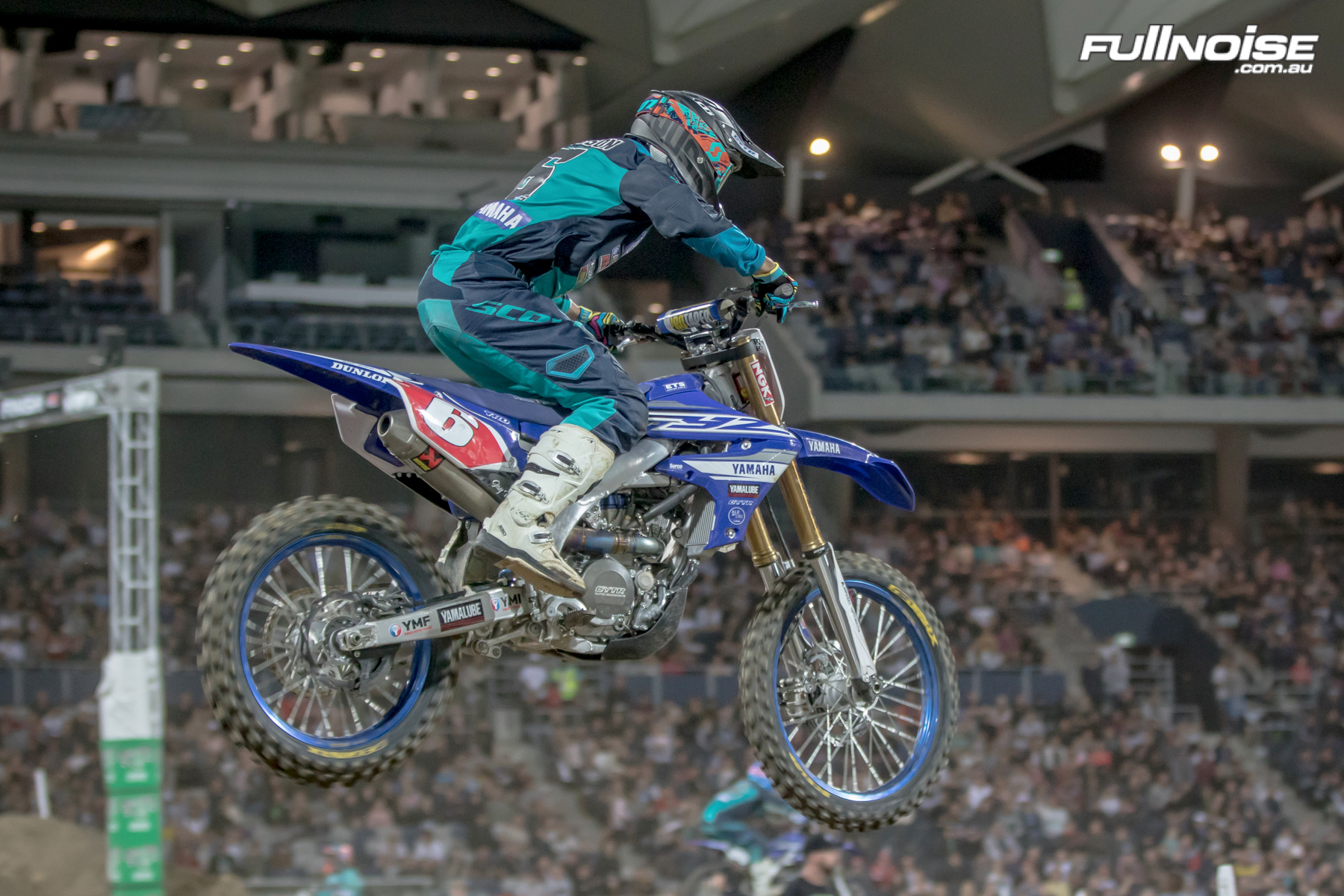 ‰ÛÏTonight was a tough one but I‰Ûªm glad I was able to turn things around pretty quickly after that first final,‰Û