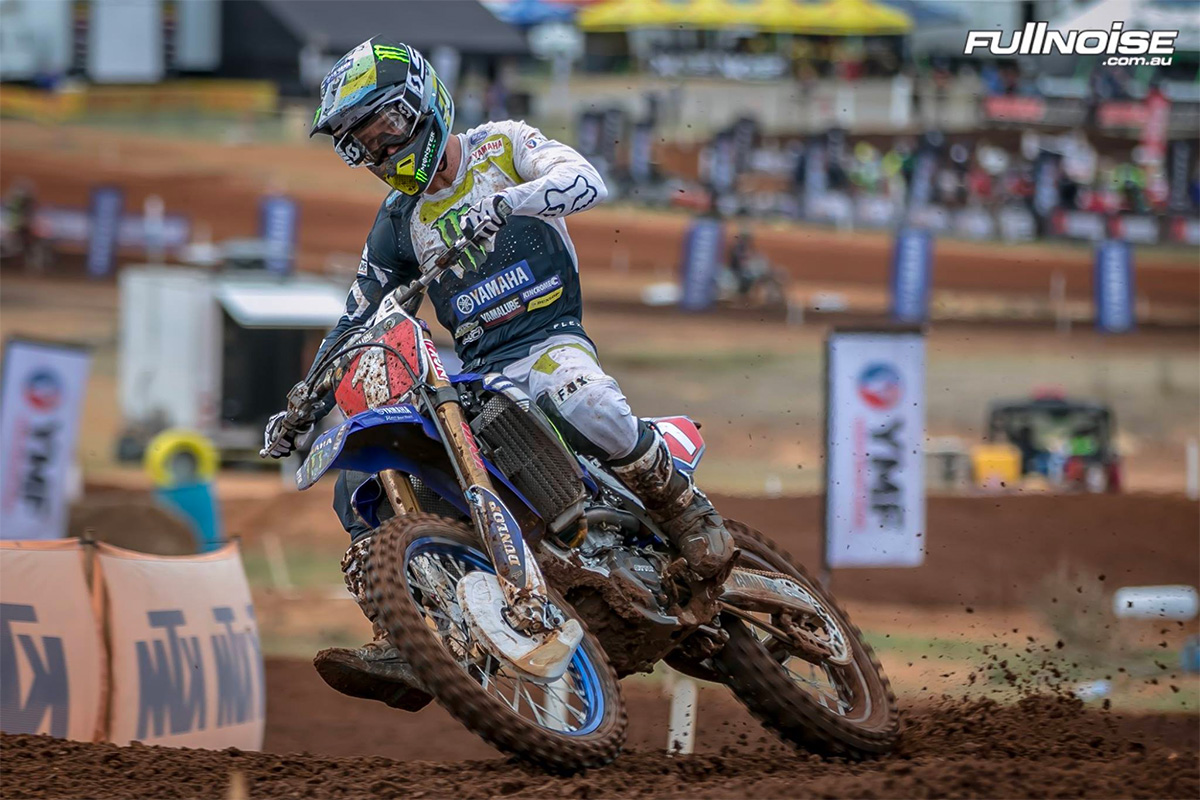 CDR Yamaha Monster Energy Team's Dean Ferris continued his round win winning streak, taking the overall wins at round 7 and 8. Photo: Arryn Minerds (file)
The CDR Yamaha Monster Energy Team turned in a stunning team performance at rounds seven and eight of the Pirelli MX Nationals with both Dean Ferris and Dylan Long claiming race and round wins as well as podium positions in a hugely succcesful weekends' of racing for the powerful Yamaha MX1 team.

The MX Ranch circuit, near Newcastle, NSW, hosted a massive double header weekend of racing with rounds seven and eight of the MX Nationals held over the weekend. With a fast and flowing track, the racing was tight and intense and the CDR Yamaha Monster Energy team had plenty of reasons to celebrate after the weekend.

Dean Ferris continued his round winning streak taking victory again on the weekend and now has racked up eight consecutive round wins in a row for the 2018 season. But, he didn‰Ûªt have it all his own way and Ferris had to overcome challenges from his team mate as well as his rivals to secure his victories.

Round seven saw Ferris shake off a spirited Brett Metcalfe to win the opening moto and then shadow his team mate Dylan Long in race two to cross the finish line in second place. The 1-2 results were good enough to stand on top of the podium and continue his relentless march forward in 2018.

Round eight was built on perseverance and consistency as it was the first time Ferris wasn‰Ûªt able to take a race win but his 2-2 results in the back to back format. Team mate Dylan Long took the first 15 minute moto win with Luke Clout claiming his first MX1 victory in the second.

Ferris kept his round win streak alive and he now has a massive 106-point lead over his rivals. With only 146 points available in the final two rounds, Ferris is edging closer to securing his third MX Nationals crown but remains fully focused on his quality of riding and not the results.

‰ÛÏI was really excited to come to Raymond Terrace as it has been a while since I have raced here,‰Û 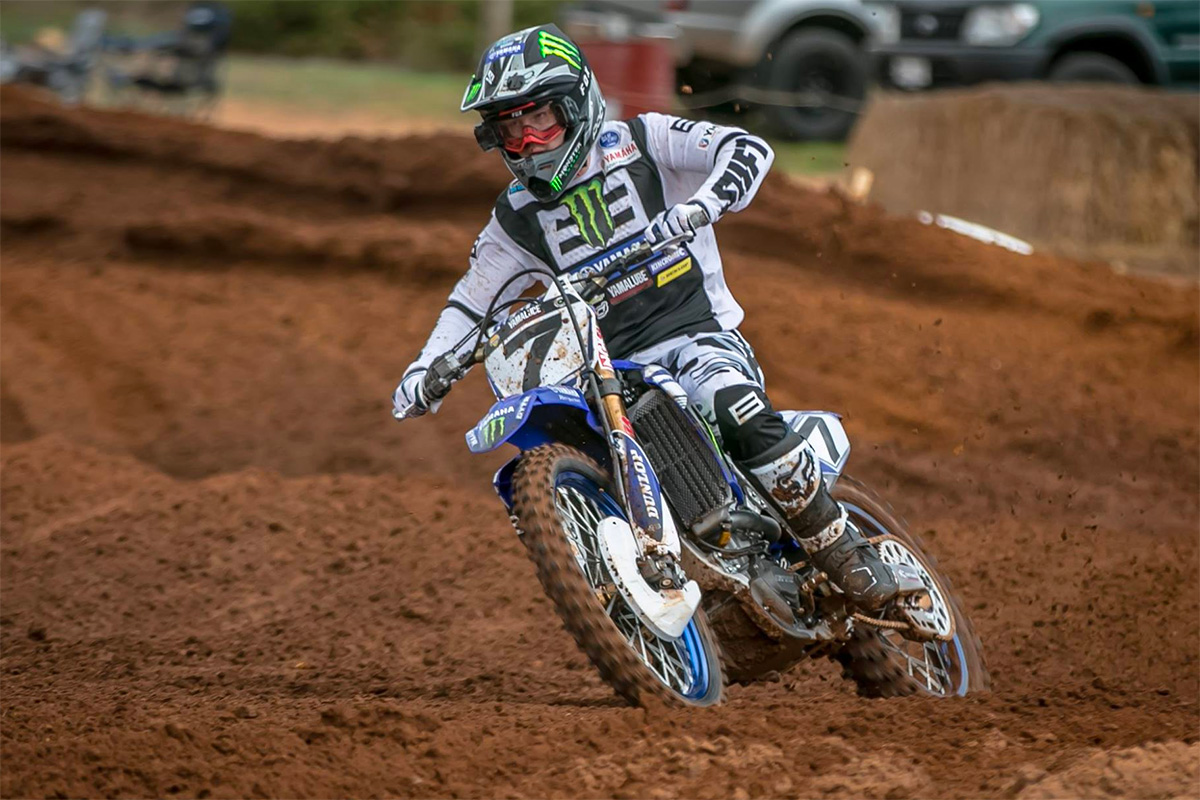 Dylan Long took two wins on the way to two podiums for the weekend. Photo: Aaryn Minerds (file)
Long finished sixth in the opening moto on Saturday but then rocketed to the front in race two and never surrendered the lead. He held team mate Ferris at arm‰Ûªs length for the entire moto and fought off any attacks Ferris made as he charged his way to his first race win of the season and take second place for the round.

With confidence high, Long proved his race win was no fluke and immediately backed that up with another race win in the first of the back to back motos to start round eight. He again charged to the lead and stayed there as a hungry pack of riders chased him around the Raymond Terrace circuit. He then took a fifth on the final moto of the weekend and his 1-5 results equalled third place for the round and his second consecutive trip to the podium.

Long has now clawed his way to fourth in the championship.

‰ÛÏWas a great weekend for me and one that I have been working hard towards for a long time,‰Û 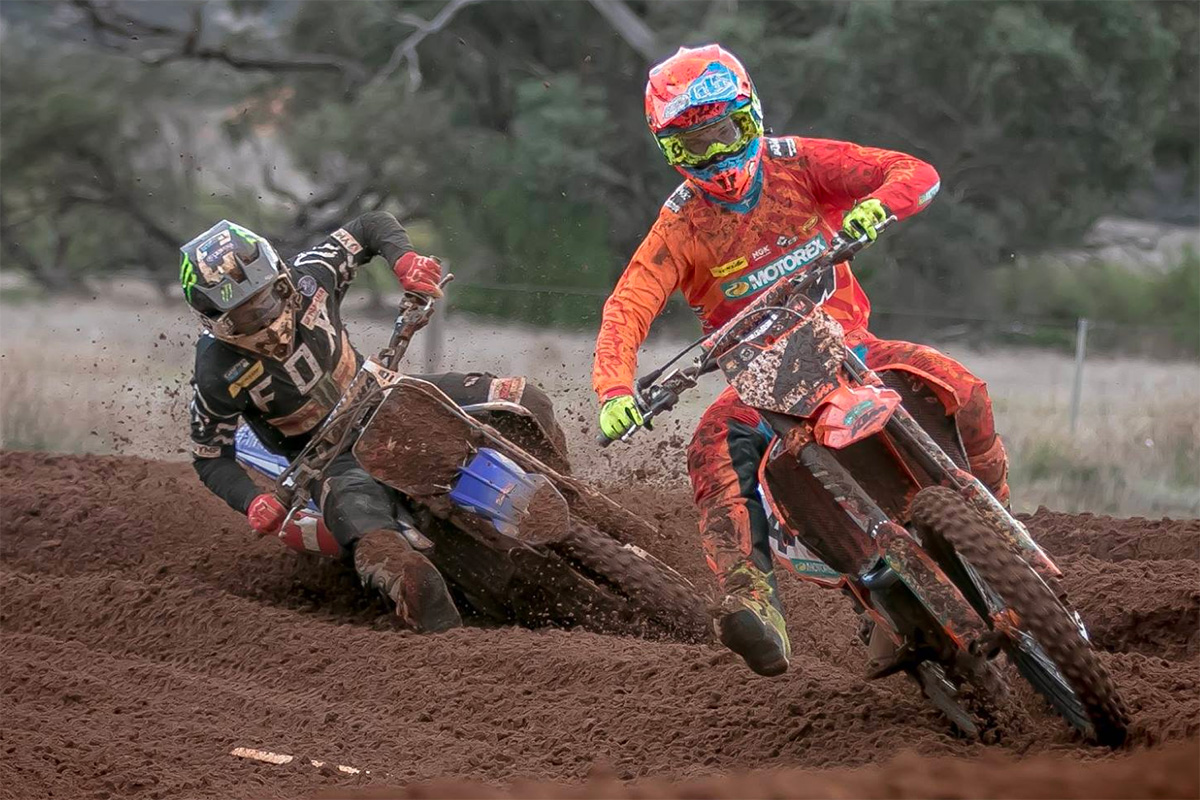 Luke Clout broke through for his first MX1 moto win which helped him to second overall at round 8. Photo: Aaryn Minerds (file)
Luke Clout was another stand out, scoring with his maiden victory in the top class and splitting the two Yamaha riders in round eight to finish second overall.

‰ÛÏI was pretty consistent across the weekend, going 4-3 and 4-1, so it was good points for the double-header," Clout said. "I got good starts, but I did lack a bit of aggression, so Jay kicked me into gear for that last one. I rode really aggressive from the start and got myself into the lead and ended up with the win. I‰Ûªm really, really pumped I‰Ûªve finally got the monkey off my back and it‰Ûªs put me second in the championship. To stand on the podium in second overall is my best overall finish and to finish off with a race win is even better.‰Û