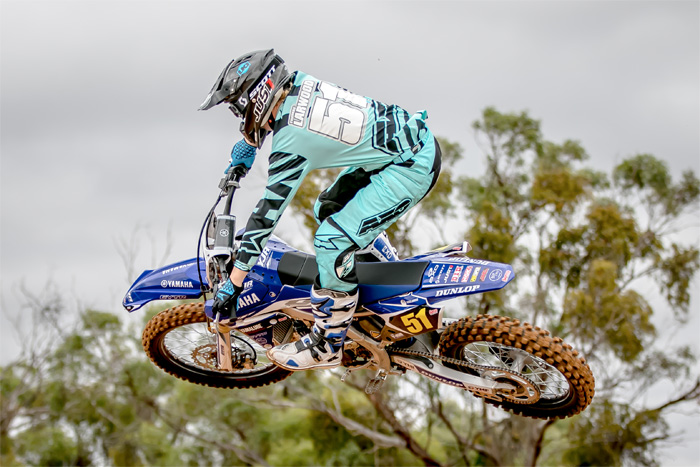 The final round of the South Australian Motocross Championships was held at the Renmark Motocross track this past weekend, with clear weather it was a great day for racing. With all the boys ready to go, the scene was set for a good day and a thrilling championship finale.

Thomas Larwood came into the final round with a small points lead in the 13-15 years 250cc division. Would the pressure get to him like it has in the past or would Thomas stand up and be counted? The first two moto's would see Thomas trail his rival in Travis Edwards from start to finish which meant only one thing, it was winner takes all in the final moto of the season.

These two riders have been so even this year you could throw a blanket over them most of the time.

The final moto saw Thomas in second and losing ground early on, then he started using a couple of different lines, they caught some lappers and things got real close. With two laps remaining in his final SAMX race as a junior, Thomas made a pass up the inside to take the lead. He then pulled a small gap and he went on to win the race and championship.

‰ÛÏI am so stoked. I didn't think that was going to happen today after the first two motos but I just gave it all I had in the last one and I was able to make it happen. My bike was great today and I‰Ûªm just so happy right now,‰Û 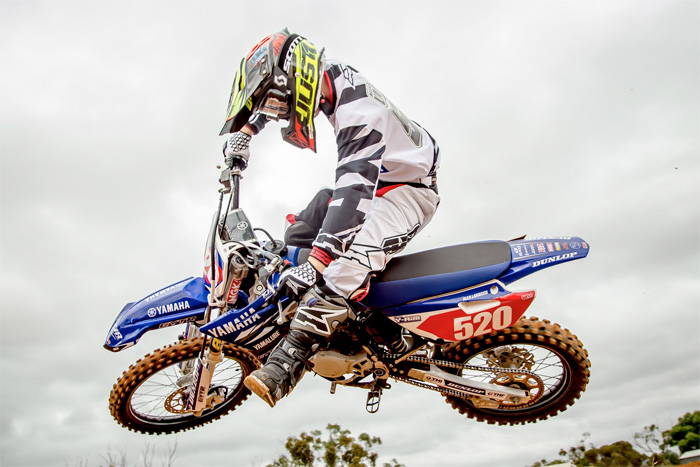 Alex Larwood
After his trip to the World Titles in Estonia, Alex Larwood was back and ready to race. Having missed a round due to his broken collar bone earlier this season, being in championship contention didn‰Ûªt enter anyone‰Ûªs mind until the he won all three motos on his YZ125 and suddenly when the points were tallied, he finished in third place and just six points from the state championship.

On his YZ85, he easily won the opening moto but while leading moto a freakish chain derailment caused a lot of damage to his bike which seen his miss out the remainder of the day.

‰ÛÏI had a good day today and felt good on the track but I don't seem to have much luck at this venue. I broke my arm at Junior Aussies last year and now whatever happened to my 85 today but I‰Ûªm really looking forward to the Aussies in a months‰Ûª time and this was good preparation for it,‰Û 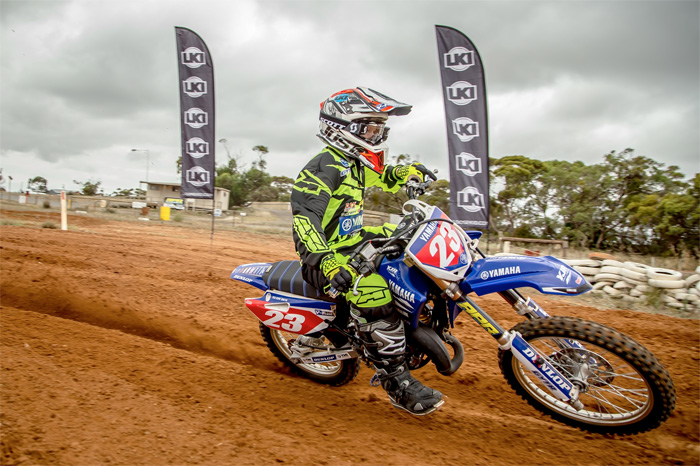 An emotional Taj showed up but being around his team mates and friends, he soon loosened up and enjoyed a few laughs to bring him comfort.

Moto one saw Taj get a bad start and end the race in 5th after climbing back through the field. Moto two saw a more relaxed ride and he claimed fourth by race end and closing on the leaders. The final moto saw a great start and he charged his way to third place. His 5-4-3 results gave him third for the round and third for the championship, a great result for his first year in the Big wheel 85cc class.