Yamaha throw their support behind the Stockman‰Ûªs Rally 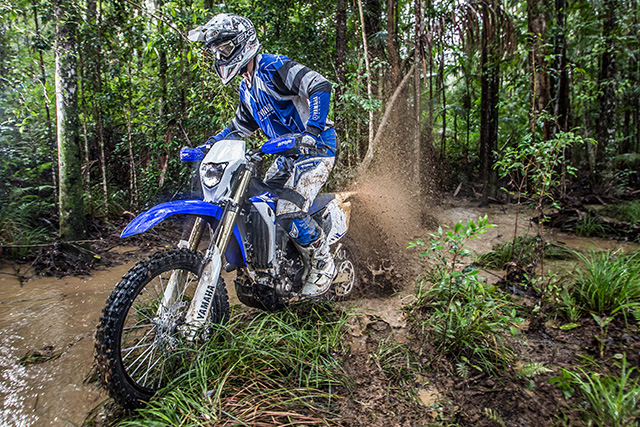 Yamaha Motor Australia has once again announced its support of the Victorian Based Stockman‰Ûªs Rally to be held on Sunday 27 October 2013.

Stockman‰Ûªs Rally is a non- competitive trail ride held each year in the Big River State Forest, near Marysville, Victoria.

Organised by the Motorcycle Racing Club of Victoria (MCRCV), the ride is open to anyone with a suitable off-road registered motorcycle - recreational registration is permitted ‰ÛÒ who also holds a current motorcycle licence or learner‰Ûªs permit.

Stockman‰Ûªs Rally entrants will have the opportunity to test ride the class leading Yamaha WR450F during the event on a dedicated separate test loop. Standard entry is $85 and part of the proceeds from the event will go to the MCRCV‰Ûªs chosen charity of Ronald McDonald House, Monash.

This year the organisers are offering riders who like to be ahead of the pack an opportunity to choose the Premium Club 50 Entry. The earlier you enter Club 50, the higher up the start order.

Stockman‰Ûªs Rally T-Shirts can also be ordered with your entry, and all entrants will receive a commemorative Stockman‰Ûªs stubby holder, a meal at the finish and the chance to walk away with some great prizes.