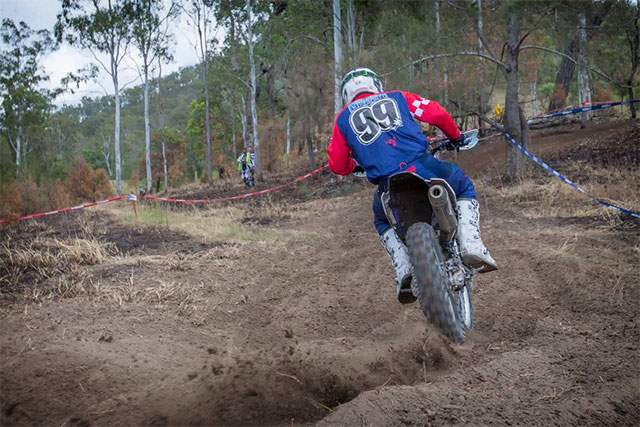 Active8 Yamaha Yamalube‰Ûªs Josh Green‰Ûªs Yamaha Australian Off-Road Championship season was cut short after an injury to his knee at round one, but recently mounting the bike again Green has confirmed that he is set and ready to go for the 2016 Australian Four Day Enduro (A4DE) this November 14th-19th.

Seeking to treat the knee injury sooner rather than later the Yamaha mounted rider underwent surgery shortly after the injury occurred to prevent further damage.

Green who has still been an avid figure at the AORC supporting his team mates at most events, helping and sharing his knowledge will now join in amongst his fellow competitors, this time on the track.

‰ÛÏI jumped back on the bike Tuesday last week (October 6) after I went and saw the surgeon. He said that I am well ahead in my recovery and he thinks it‰Ûªs a good idea to start riding again,‰Û