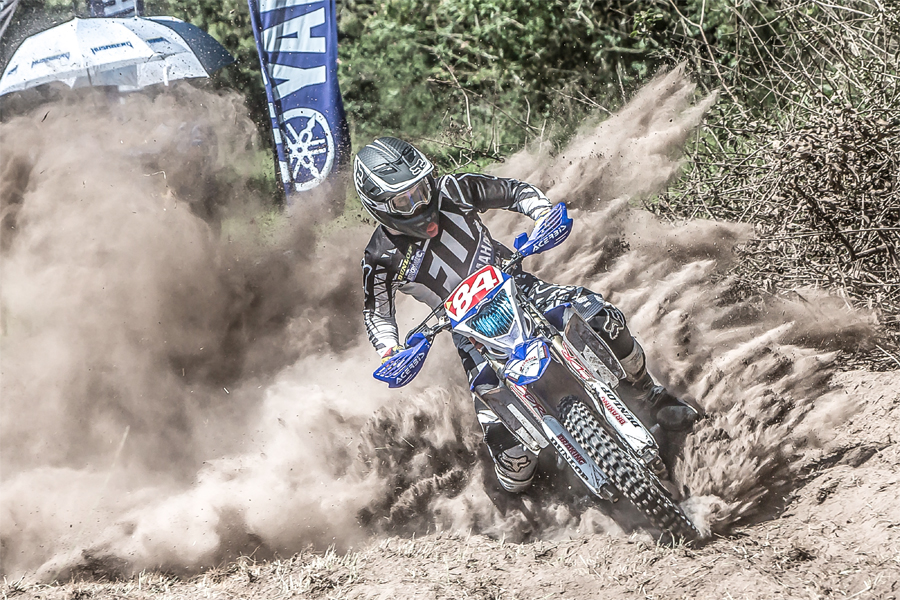 CDR Yamaha Off Road teamster Chris Hollis, put together a well-crafted and consistent weekend of racing at the opening weekend of the Yamaha Australian Off Road Championship (AORC) to be the club house leader after the first two rounds.

Ran in hot and dusty conditions at Bulahdelah, NSW, Hollis on his WR450F proved to be too smart and too consistent for his rivals and his second place outright in both Saturday and Sunday‰Ûªs competition sees him lead the field as well as head class honours in the E2 division.

During a controversial days‰Ûª racing that saw the program altered due to course marking and conditions, Hollis piloted his WR450F in the E2 class to a podium position and the perfect start to the 2014 series. He finished around 1 minute behind the leader on the day but was satisfied with his days‰Ûª work which gave him second out right and second in class.

Team mate Daniel Milner experienced at trying day with crashes hampering his chances at a top result for the day. Several falls saw Milner round out the day in 13th outright and fifth in class but he vowed to get back on track the following day.

After a good nights‰Ûª rest and some team discussion, the CDR Yamaha Team were back on track and out for a better day at round two.

This time it was Daniel Milner and his YZ450F that made the statement as he took Outright and the E2 class victory honours for the round. Gone were the crashes and mistakes of the day prior and Milner motored to an impressive win and put his title defence back on track.

Hollis did what Hollis does and that‰Ûªs pound out relentless laps in a consistent fashion and again found himself in second place in both Outright and class when racing concluded. In fact, it was a class dominated by Yamaha with the top four riders in the E2 class on Sunday Yamaha mounted.

‰ÛÏThe weekend went pretty well for me and it was just the start to the AORC I was looking for,‰Û 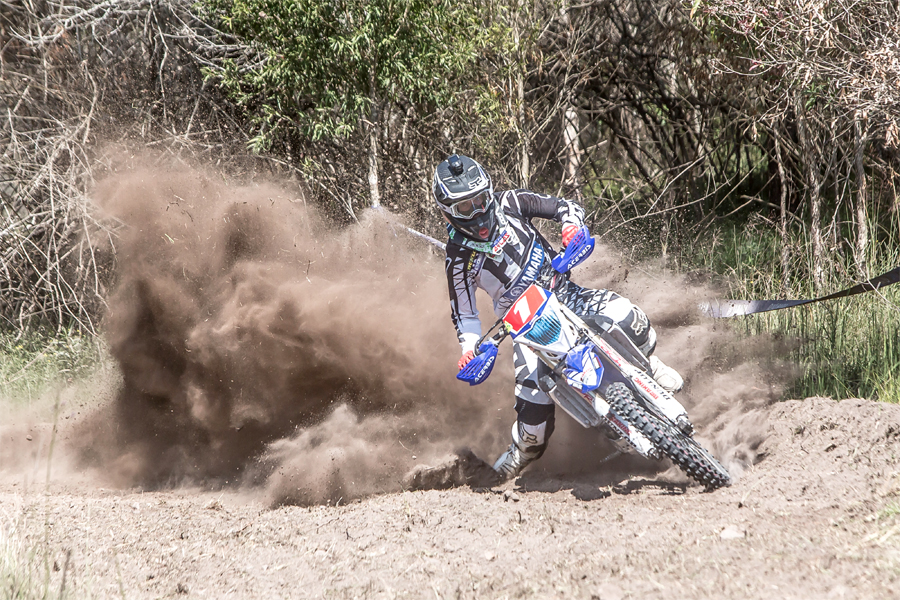 ‰ÛÏSaturday was frustrating as I made some mistakes and took some heavy falls,‰Û 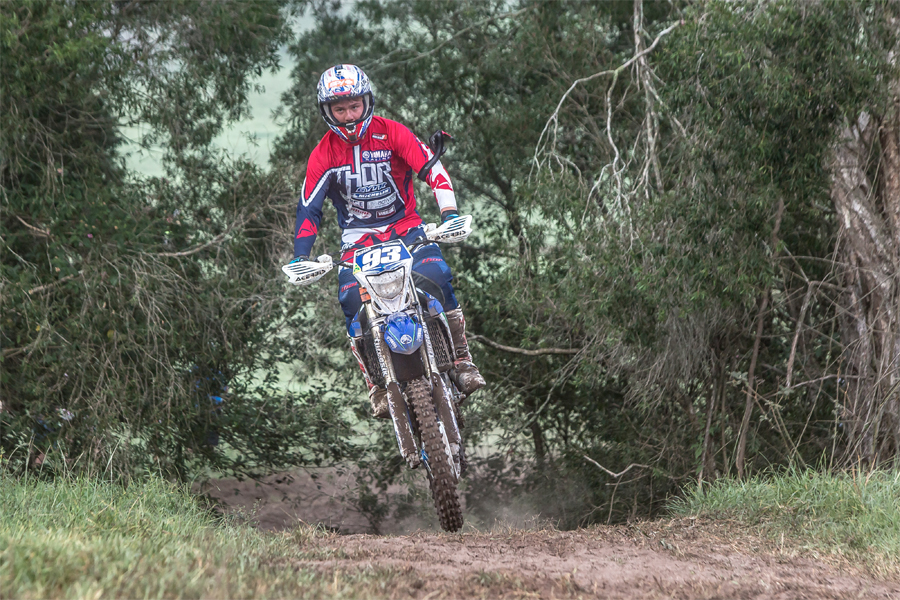 Mounted on his 2014 YZ250F, McCormack was out to redeem himself after a tough start to the year in Enduro X and he did just that with two solid days racing and rewarded his team with the class honours over the weekend.

‰ÛÏIt wasn‰Ûªt perfect out there for me on the weekend, but it a good start to the championship and I feel I can ride much better. With the dust, it was hard to really push hard so remaining consistent was the key and I was able to do that throughout the weekend.

‰ÛÏIt does feel good to get the win and reward the team for an off season full of hard work, but one weekend doesn‰Ûªt make a championship and more work is to come,‰Û 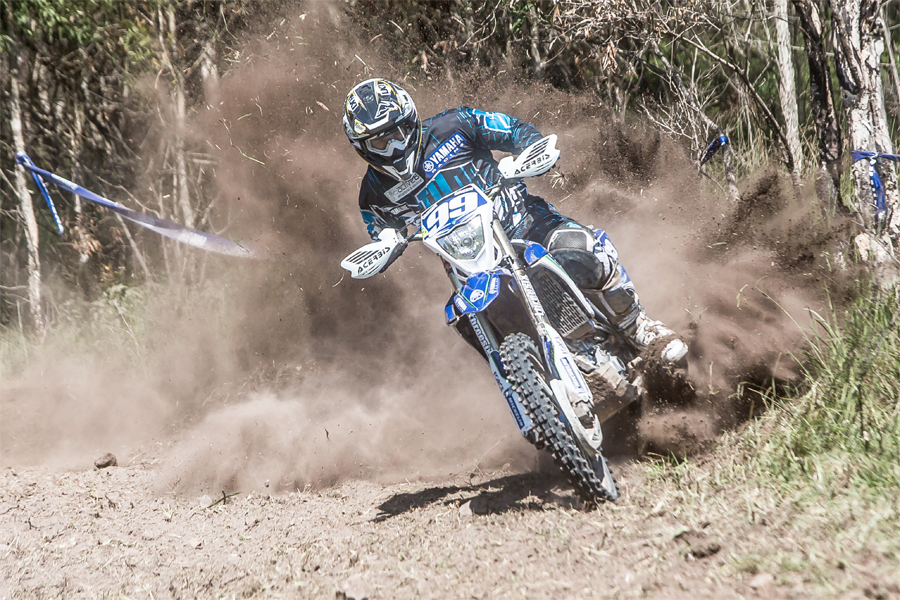 Green currently sits second outright on his YZ450F and third in the E2 class after an encouraging weekend. - Credit: Fourohfour
It has been just seven weeks since Josh Green crashed while testing in central Australia and doctors gave him little hope of being able to ride the opening rounds. Green proved them wrong and not only rode, but raced well and after two rounds is right in the thick of the action.

Green currently sits second outright on his YZ450F and third in the E2 class after an encouraging weekend.

‰ÛÏWhen I crashed while testing for Finke, my mind instantly thought of whether I would be able to be fit enough to race this weekend. I got stuck into my rehab and did whatever it took to be right and I was even able to get a couple of weeks of riding in prior to the opening rounds.

‰ÛÏIt was a positive start and I couldn‰Ûªt really ask for more. I have about a month to the next round so hopefully with some more fitness and bike time I can go even better,‰Û 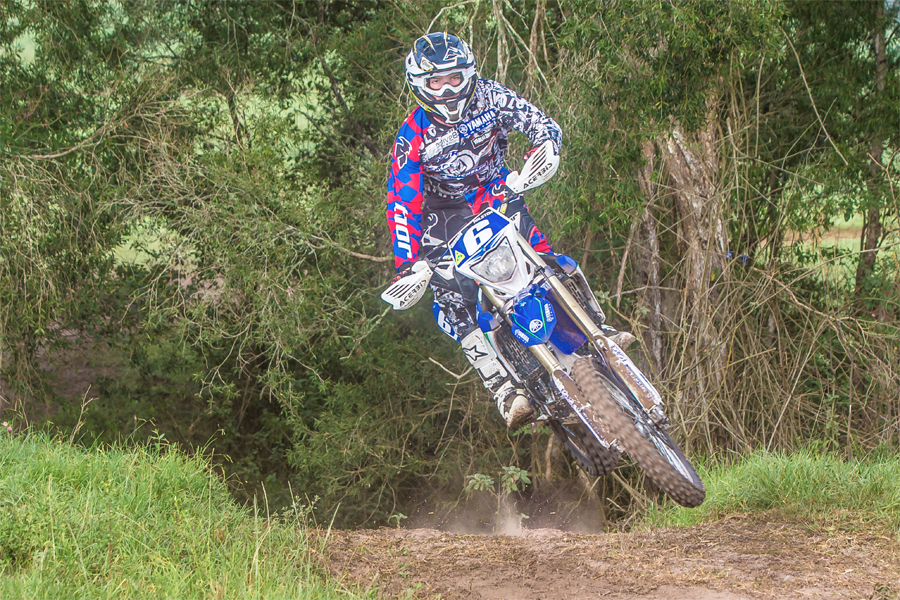 ‰ÛÏWhile I have ridden in the bush over the years, racing is another thing. I learned a lot over the weekend and gained valuable experience that will only help at future rounds. Having the support of the Active8 crew made life much easier,‰Û