Yamaha Riders Round Out Successful 2014 AORC Campaign at Heathcoate 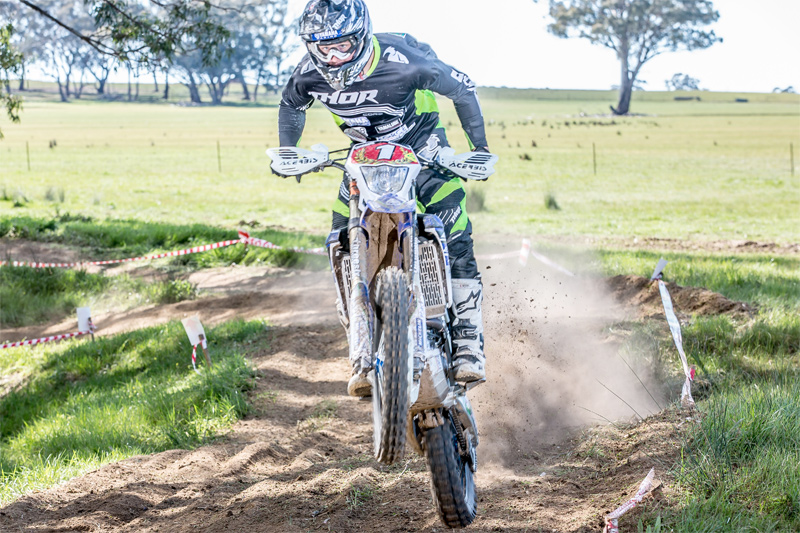 Active8 Yamaha‰Ûªs Tom McCormack has added the 2014 E1 (250cc) Australian Off Road Championship (AORC) victory to his resume after winning the final two rounds of the championship held in Heathcote, Victoria, over the weekend.

McCormack entered the final two rounds with the championship lead and a comfortable gap back to his nearest rivals but was determined to make every post a winner and out to stamp his authority on the E1 division in 2014.

Things started off badly for McCormack on Saturday when he fell on the opening lap of the three hour sprint race but he quickly regained his composure and charged back through the field to take round win and in the process lock down the E1 championship with a round to spare.

McCormack again cut lose on Sunday and took the E1 victory making it nine rounds wins out of the 12 rounds and left no doubt that he is the 2014 E1 Australian Off Road Champion. This victory combined with his E1 A4DE win caps off a great year for McCormack and one that he will long remember.

‰ÛÏThe past 12 months have been a bit of a dream run for me and I have been able to meet more goals again today,‰Û 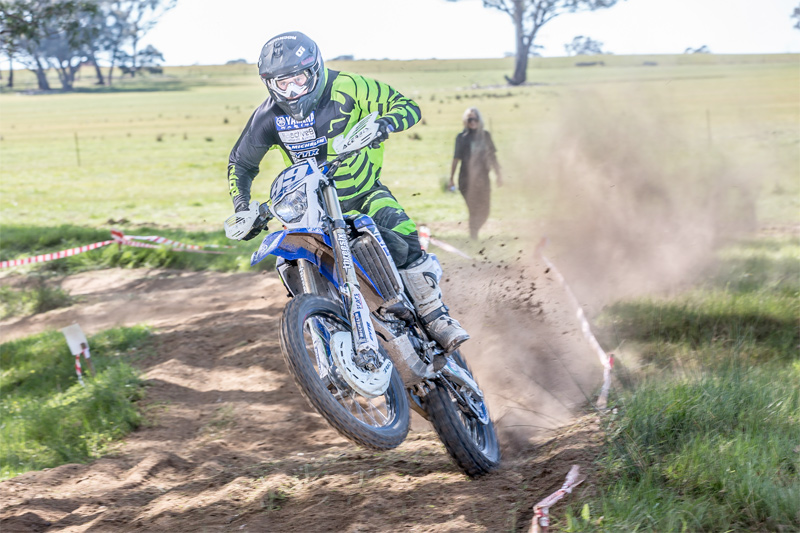 Josh Green took second in the E2 class - Credit: Fourohfour
Josh Green bought his YZ450F home in second place in the premier E2 (450cc) division after the championship wrapped up.

Green came into the final rounds with an ankle injury sustained at the recent A4DE and was obviously below his best but soldiered on all weekend determined to hang onto a podium position in both class and outright honours. Unfortunately, he just slipped off the podium in the outright finish but managed to hold his second place in the E2 class.

‰ÛÏI knew this weekend was going to be tough as my ankle isn‰Ûªt 100% but I tried to do the best I could with what I had. I‰Ûªm not too disappointed as a felt I did as well as I could over the weekend, although it would have been nice to finish in the top three Outright, as I had been in contention all season.

Stefan Granquist matched the results of Green, also taking second place, but in the E3 (over 450cc) division. Granquist was looking good on Saturday and heading the E3 field before he had a big fall and damaged his bike. Sunday also wasn‰Ûªt kind to Granquist but he was able to maintain his WR in second place for the E3 championship. 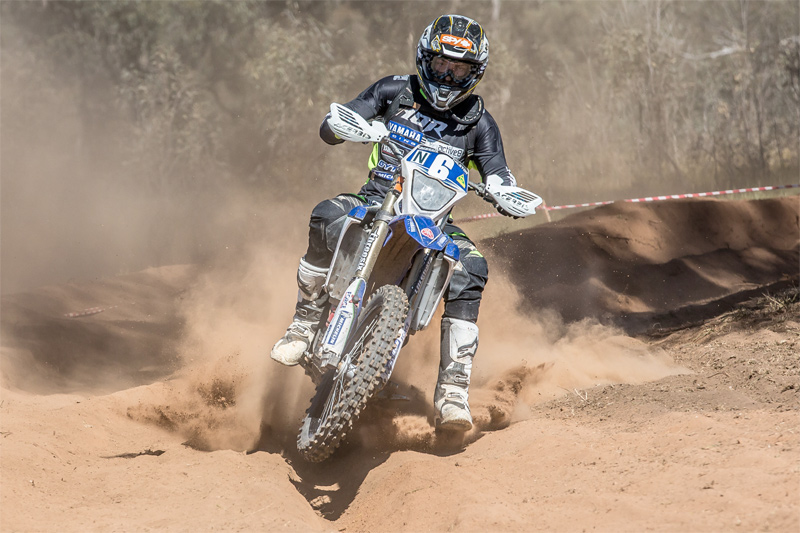 Beau Ralston was the big improver in 2014 - Credit: Fourohfour
Beau Ralston was on fire during Saturday‰Ûªs event barnstorming his way to a second place outright finish, his best result of the season. He backed that up with another solid performance on Sunday and finished an impressive sixth in class, eighth outright in his debut off road season. Ralston more than showed he is a capable performer in the off road game and will only improve as he gains more experience.

Team Manager, AJ Roberts, was happy with his teams‰Ûª performance through the 2014 AORC.

‰ÛÏHaving four riders has been a massive undertaking and throughout the year all of them experienced some highs and lows so it‰Ûªs been a credit to the riders that they have all continued to work hard and take a professional approach to their racing,‰Û 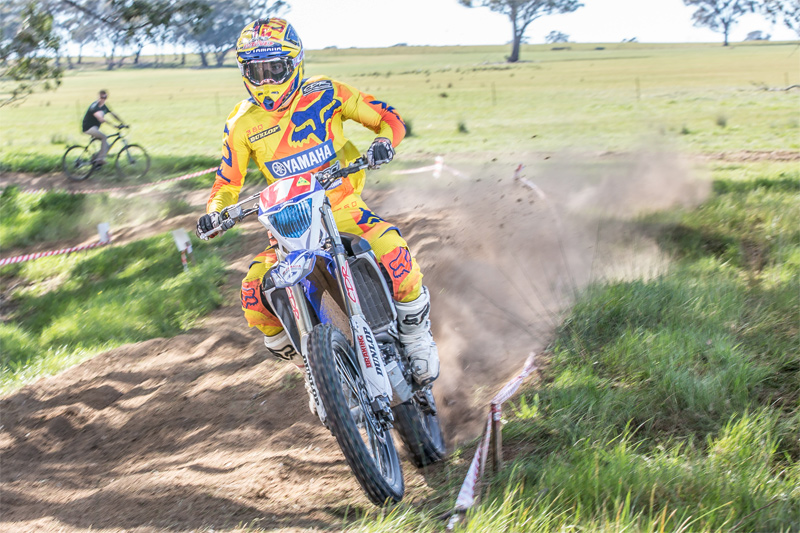 Despite missing two rounds of racing Daniel Milner stormed up the standings at the final rounds to take second outright - Credit: Fourohfour
Though not coming away with a title in 2014 the CDR Yamaha camp had plenty of positives to take away from the 2014 season.

Despite missing two rounds due to a midseason broke ankle, CDR Yamaha‰Ûªs Daniel Milner charged home to finish in second place outright after the final rounds of the Australian Off Road championship (AORC) were concluded over the weekend.

Milner was out to make up as much ground as possible on his rivals. He sat in fourth place coming into the final weekend and nothing short of winning was going to satisfy the hard charging Victorian.

Milner finished in third after Saturday‰Ûªs three hour sprint race but wasn‰Ûªt happy with the result and vowed to do better the following day. That‰Ûªs exactly what he did as he wound his YZ450F up and took off for the win on the final day and with some tough luck to his rivals, Milner jumped to second place in the outright standings. 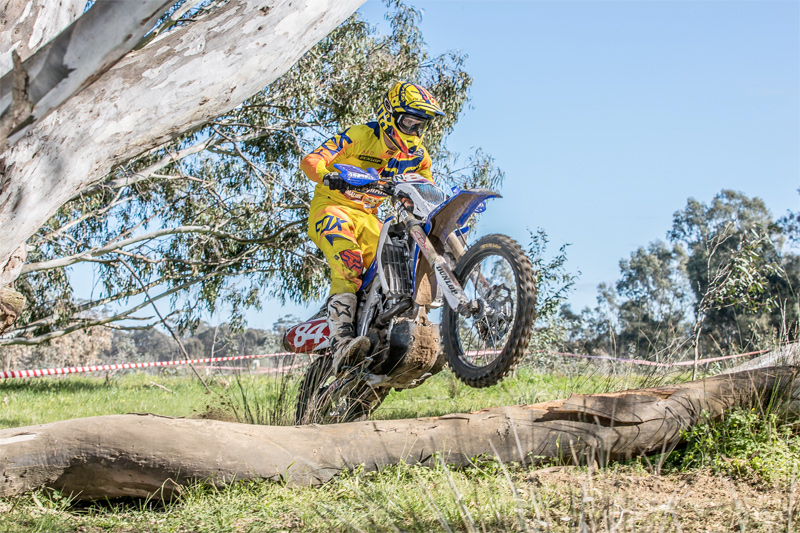 Chris Hollis log hopping on the WR450F - Credit: Fourohfour
The final weekend of racing didn‰Ûªt turn out so flash for CDR Yamaha teammate, Chris Hollis. Anything that could go wrong on the weekend did and the results from Heathcote don‰Ûªt reflect the quality rider that is Chris Hollis.

‰ÛÏI just had a crap weekend all round, Hollis said. ‰ÛÏCrashes, some bike issues.. everything you can think of happened and sometimes that‰Ûªs part of racing. I‰Ûªm not sure what I can learn from it other than to keep my head up and bounce back next season.‰Û