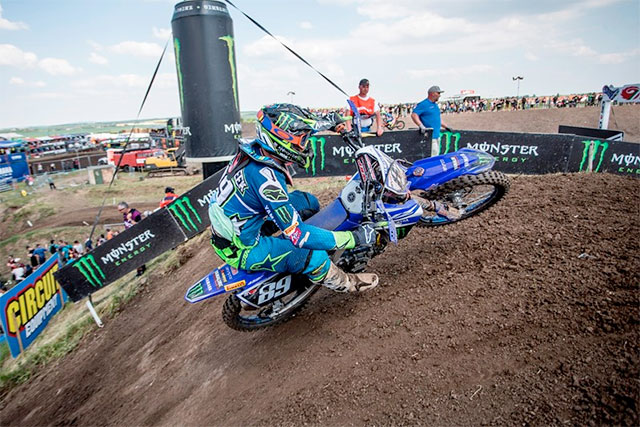 Yamaha Racing will have an immense presence in Ernee, France, for the ninth round of the FIM Motocross World Championship with riders in all five classes, MXGP, MX2, WMX, EMX250 and EMX125.

In the premier class, MXGP, Monster Energy Yamaha Factory Racing's duo of Jeremy Van Horebeek and Romain Febvre are determined to celebrate the weekend with a bottle of champagne - Febvre in particular as a rider who will have the home crowd behind him and is undefeated on home soil since his inception to the premier class in 2015.

"I always look forward to going to my home GP and I like the track in Ernee," Febvre said. "It was so good there at the nations in 2015, and it's a good club, they know how to make the track really good, so I think it will be good."

Ernee is one of the most spectator friendly tracks in the world. Almost the entire track is visible from where the fans will be watching, which means not a second of action is missed. It is located in the Mayenne, Pays de la Loire region of France, 249km south west of the nation's capital Paris.

With an abundance of French fans behind him and as the winner of last year's French grand prix, Romain Febvre will be hot property as he tries to add to his record of home soil wins. He is currently eighth place in the championship standings and will have a good chance of moving up into seventh this weekend. 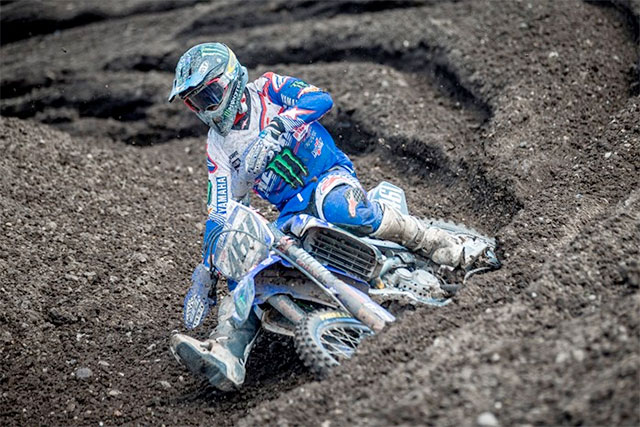 Romain Febvre will be a crowd favorite at his home GP
Jeremy Van Horebeek sits fifth in the MXGP standings and is also a fan of the hilly French circuit.

"I am looking forward to going to Ernee. I like the flow of the track there, but how much I actually like it, it depends how they prepare it," Van Horebeek said, "I think if they let it shape up naturally, rather than ripping it really deep and changing the surface with machines, that it will be really good. It's nicer when it's natural and not a track that is shaped up by machines. Anyway, it's the same for everyone and I will always do my best."

Race 2 at the MXGP of Germany, less than 1 week ago, was a tough one for Monster Energy Yamaha Factory Racing's Jeremy Van Horebeek with a spectacular crash dropping him outside of the top 20. His handlebar hit the ground so hard that his clutch perch and lever was obstructed by a thick clump of sticky mud. Once he picked and prodded the dirt out with his hand he had to charge hard to salvage points. He managed to finish fifteenth, and combined with his fifth place in the opening race, he rounded out the top 10 for the grand prix and was able to maintain fifth place in the championship standings.

The Belgian star has got a strong mind-set this year and has said that the struggle he faced last weekend has only made him more determined to be better. He is hungry for a grand prix win and if he manages to take his YZ450FM to the top of the box this weekend, it will be his second ever grand prix win, the first since the MXGP of Czech Republic 2014.

Wilvo Yamaha Official MXGP's Arnaud Tonus is only 8 points shy of the top 10 and arrives confident in Ernee with the track expected to suit his riding style, while Kemea Yamaha Official MX2's Benoit Paturel will be out to impress the thousands of French fans with a podium performance in MX2, while teammates Brent Van doninck and Alvin ÌÐstlund arrive eager to better their results from the last weekend's MX2 grand prix.

The third rounds of the FIM Women's Motocross World Championship and the EMX125 Championship will also be taking place this weekend, as will the fourth round of the EMX250 Championship. The first races for Yamaha's star WMX riders Courtney Duncan, Kiara Fontanesi and Nancy van de Ven, ASTES4-TESAR Yamaha Official EMX250 and MJC Yamaha Official EMX125 riders will take place on Saturday 27th of May, with the second races taking place on Sunday 28th of May.

MXGP and MX2 will have a qualifying race on the Saturday 27th of May. On Sunday 28th May each class will have two races for championship points.