Yamaha Riders Excited To Race an All-New Track in Turkey 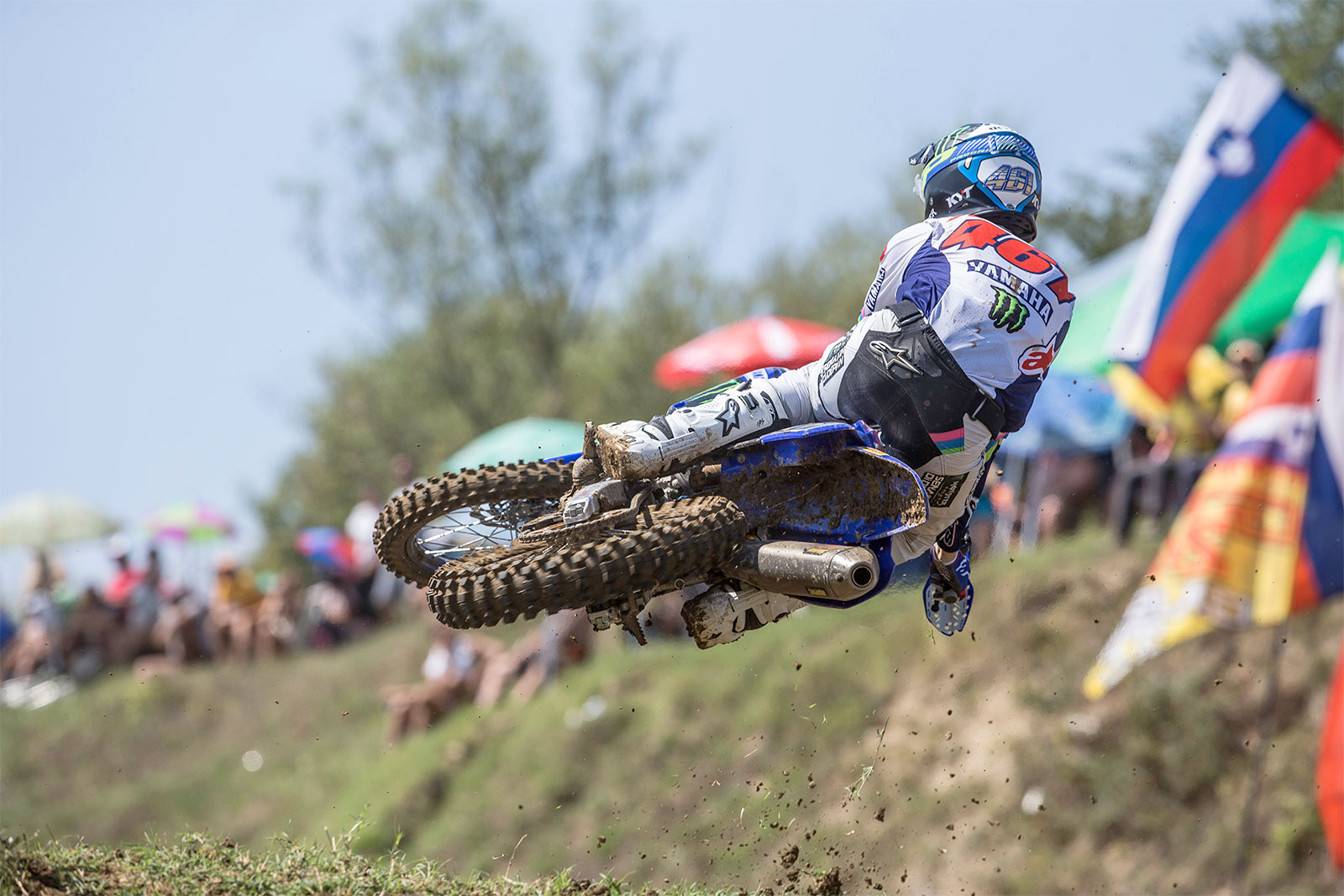 Romain Febvre will be focusing on getting better starts and putting his YZ450FM back on the box this weekend. Photo: Yamaha Racing
The seventeenth round of the FIM Motocross World Championship, that will take place in Afyon, Turkey, this weekend, will pose a new challenge for the Monster Energy Yamaha Factory MXGP and Wilvo Yamaha Official MXGP teams as the riders will take on an all-new and completely unfamiliar track.

This weekend will be the first time that Monster Energy Yamaha Factory MXGP's Romain Febvre and Jeremy Van Horebeek line-up on Turkish soil. The last time the country hosted a Motocross Grand Prix was back in 2009, and of Yamaha's Official 2018 line-up, Shaun Simpson was the only rider that raced it. Although, the Yamaha riders of that year won the Grand Prix in both classes, MXGP and MX2 - Antonio Cairoli was victorious onboard his YZ450F in the premier class, while Zach Osborne triumphed the MX2 category onboard a YZ250F.

Left a little disappointed with the result of last weekend, where he finished fifth overall at the Bulgarian Grand Prix and dropped to fifth in the MXGP Championship Standings, Romain Febvre will be focusing on getting better starts and putting his YZ450FM back on the box this weekend. He hopes to surpass Tim Gajser, who he trails by 5-points, in the Championship Standings and move back up into fourth-place. He is currently 37-points off the top-three, which is ultimately where he wants to be when the checkered flag is waved for the final time this season, in Imola, Italy, on the weekend of September 30th.

"I feel OK after two back-to-back GP's, for me it is better to have the GP's closer together so I don't lose the rhythm from racing, so I actually like it," Febvre said. "I was happy to stand on the podium in Switzerland, and last weekend in Bulgaria I was happy with my speed and the way I was riding, but my starts were not great and on that kind of track it was tough to past. I finish fourth and fifth in the races, which was not enough for the podium. I am disappointed with that, but it is what it is. I am looking forward to racing in Turkey, my goal remains the same, I want to be on the podium and to close the gap to the third place in the championship. I will do everything I possibly can to achieve this." 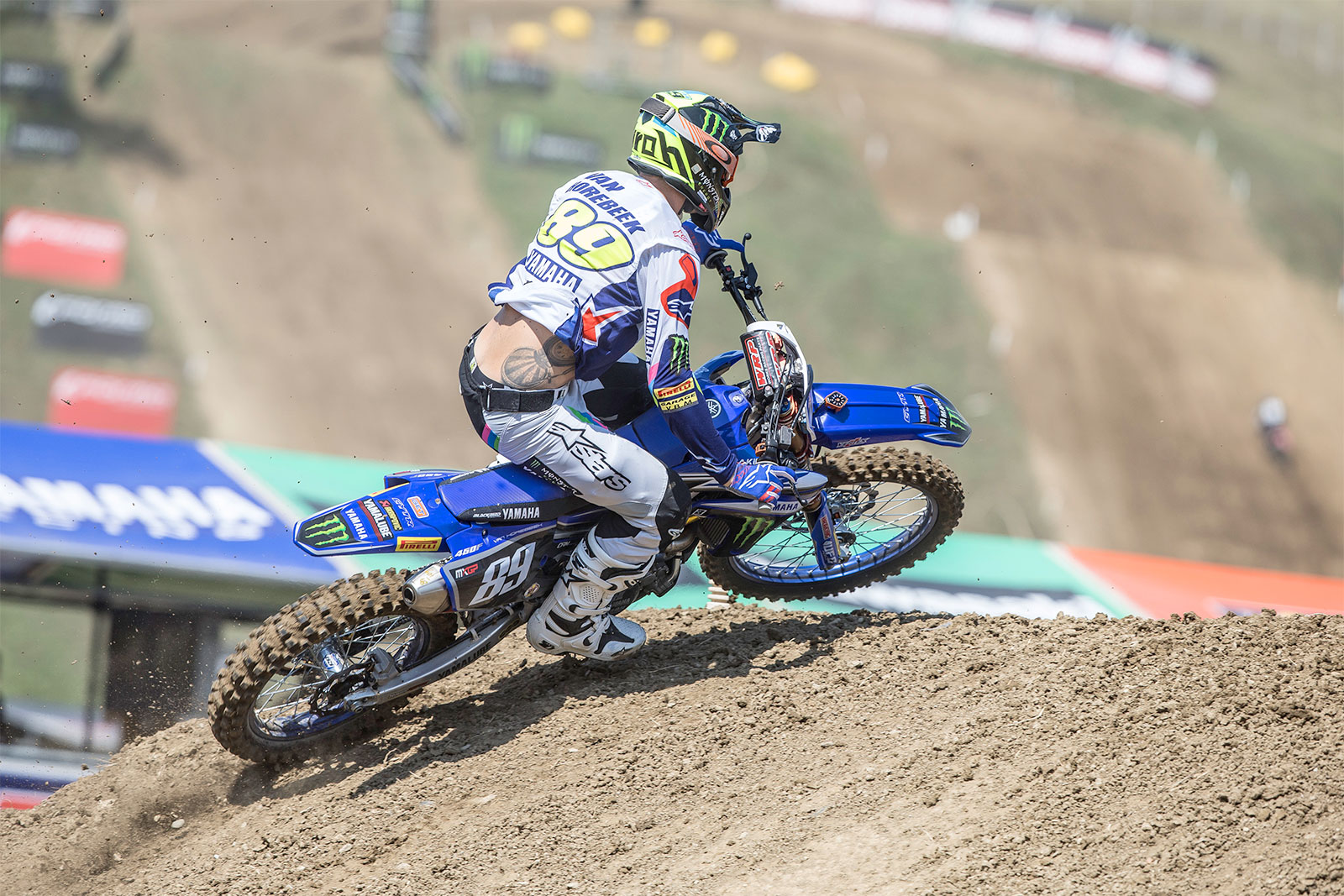 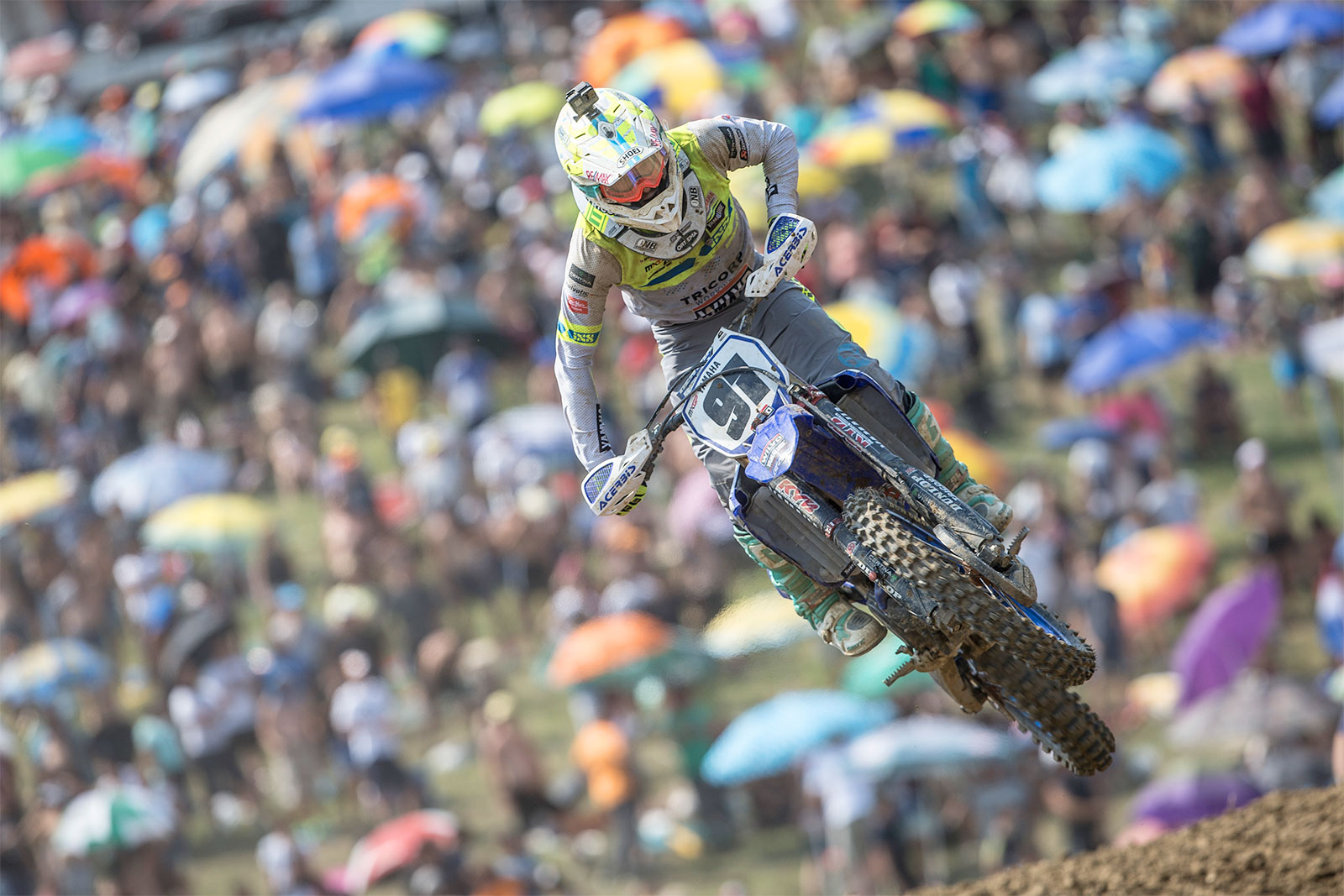 Jeremy Seewer is looking forward to an all new playing field in his Rookie MXGP year. Photo: Yamaha Racing
The Turkish Grand Prix is an exciting prospect for Wilvo Yamaha Official MXGP's Jeremy Seewer with the all-new track expected to level the playing field. All of the riders that will line up at the Afyon circuit will have to learn the track and make changes to their bikes and settings in the first practice sessions, which is something Seewer has had to do at every single round this year. Currently eighth in the championship standings, Seewer remains motivated to achieve another career milestone this weekend where is focused on a top-five finish.

"I feel pretty good, which is a surprise because the first one was in Switzerland which was a home GP for me and I had a week with the lots of media, and seeing all the fans, so I was quite tired after that one," Seewer recalled.

"I tried to take some time last week to recover and rest. I didn't ride. After this weekend in Bulgaria I feel better again and stronger, I feel recovered and fully ready for Turkey. I will ride twice this week. Of course three GP's in a row is not easy and you need to see what you can do in between because there is a lot of travelling and stuff. The goal will be to be inside the top-five and that has been the goal for the last few GP's already and that will remain the goal to the end of the season. I just need a good start and I think the rest will come." 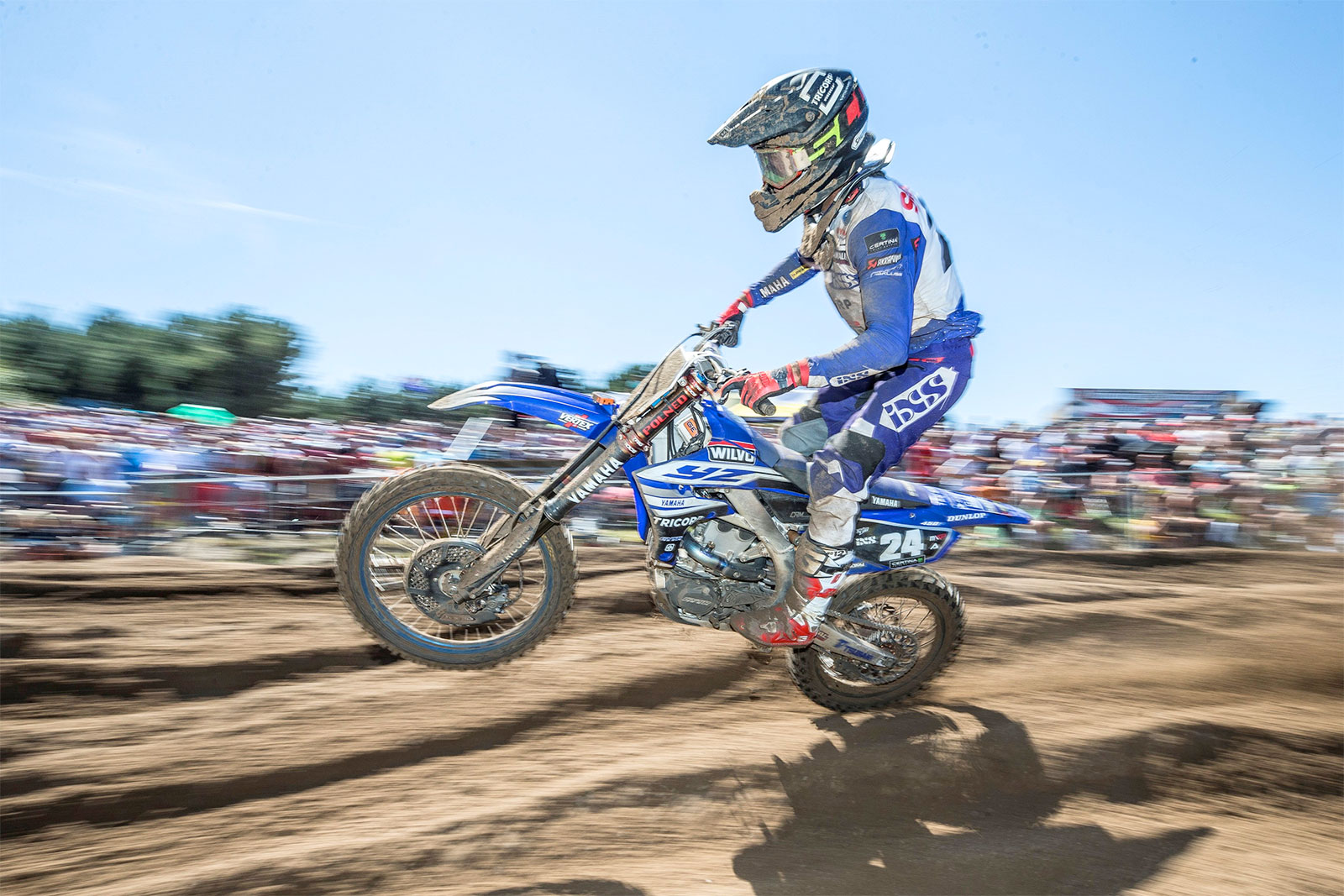 "It feels like I have been playing 'catch-up' all season. I have been riding once this week heading into Turkey, and I am looking forward to having a week off after before we head into Assen where we will be back in the sand," Simpson said.

"Three back-to-back GP's had been quite tough and especially since we are coming to the end of the season, you can see that people are starting to feel the length of the season, and as I said I feel like I have been playing catch up to get back to a real good speed and fitness. I am not sure what to expect for this weekend, no one knows the track so it will be interesting, but from what I have heard it is a man-made track built in flat paddock, whatever the track is, I would like to finish with two top-10 results. I think that that's achievable." 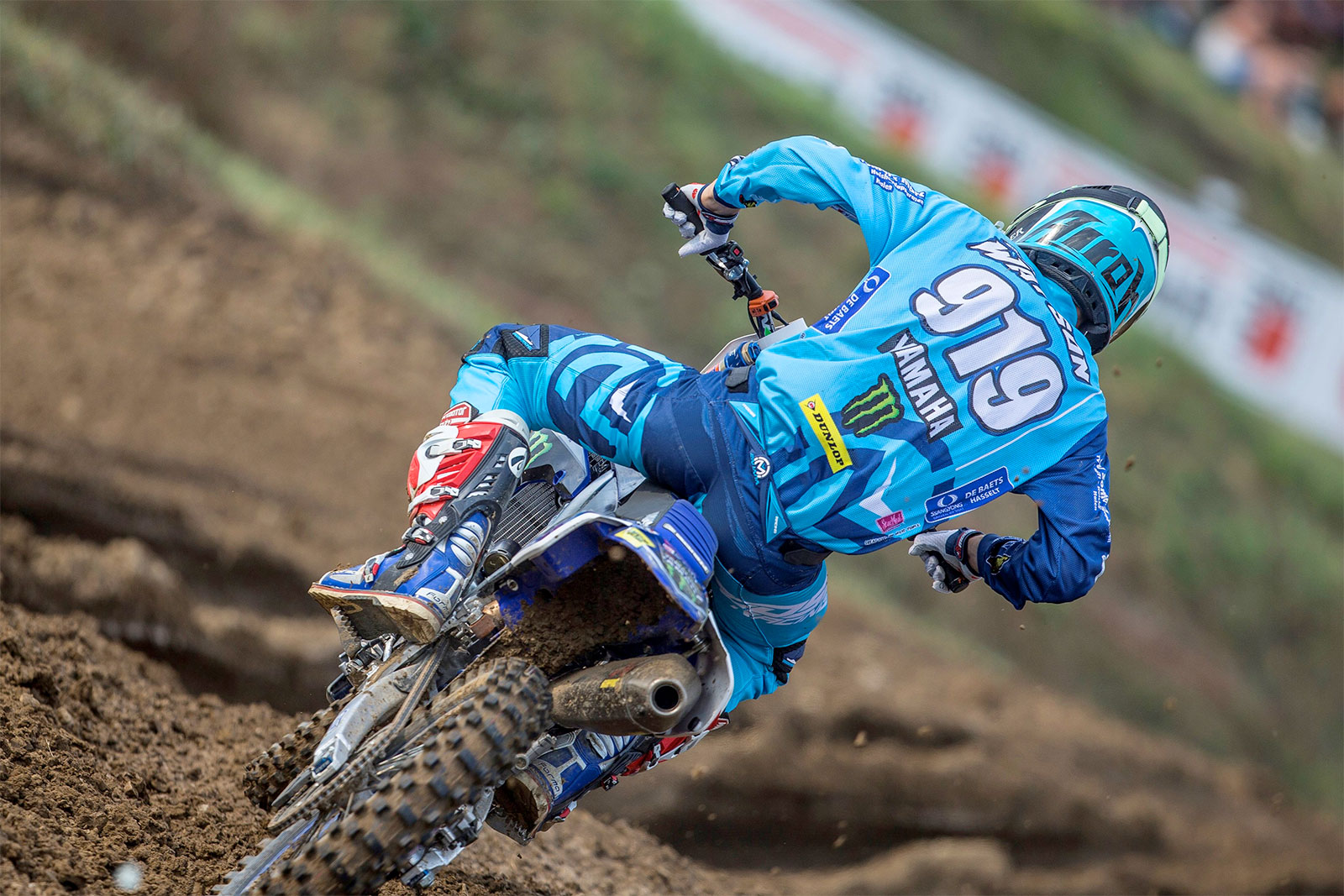 Kemea Yamaha Official MX2's Anthony Rodriguez' progression this season has been nothing short of incredible. Like Seewer in MXGP, the all-new track and location in Afyon, Turkey, is bound to work in favor of the Venezuelan, for the same reasons; he has had to learn and adapt to all of the circuits and find new bike set-up and suspension settings at almost every round this season. Having already achieved a top-five finish, at the Swiss Grand Prix, the next target for the twenty-three-year old is the podium.

After missing nine rounds of the series, Rodriguez is currently seventeenth in the MX2 Championship Standings.