Yamaha Ready To Rock The Bridge 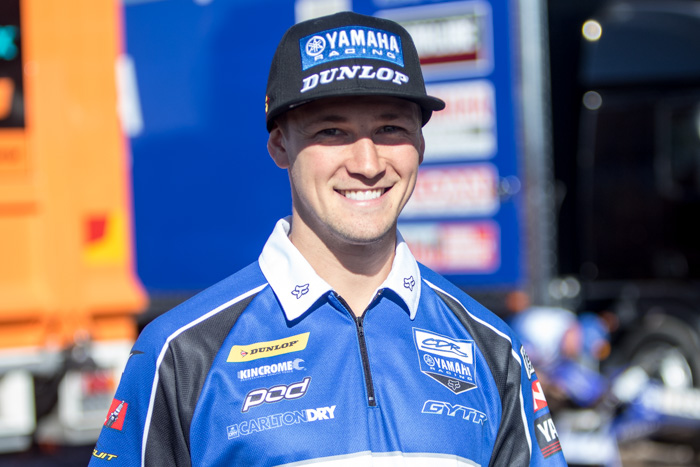 The MX Nationals changes tack this weekend as the series moves to South Australia and the softer dirt of the Murray Bridge circuit.

After three rounds on hard pack clay, riders and teams are looking forward to the change on dirt scenery and the challenges it provides.

All three of Yamaha‰Ûªs support teams are well placed in the championship with CDR‰Ûªs Yamaha Kade Mosig holding down third place in the MX1 class, Luke Clout and Jed Beaton make for a Serco Yamaha one and two in the MX2 category while Wilson Todd heads the points chase on his GYTR Yamaha in MXD.

With the in house incident at round three well and truly put behind them, the CDR Yamaha team are primed and ready to go. The three week break between rounds three and four has given both Kade Mosig and Daniel Reardon time to recover from small injuries and both will hit the Murray Bridge fit and raring to go.

KTM‰Ûªs Kirk Gibbs leads the MX1 championship after three rounds and is clearly the man to beat, especially as the round four is on the home patch of the native South Australian but with six rounds of racing still to come, there is still a long way to go before a winner is crowned in this championship.

Mosig holds down third in the points and has shown huge improvement in his racing this season. His 2015 success has come on hard dirt which previously hasn‰Ûªt been his strong point and he now approaches Murray Bridge high on confidence and racing on a more familiar surface.

‰ÛÏThe season has started well for me and third after three rounds is a good position to be in." Mosig commented. "The next two rounds, Murray Bridge and Coolum, are strong circuits for me and ones that I have done well at in the past so it‰Ûªs important I can use that to my advantage again and close down the points‰Ûª gap between myself and the championship leader.

Dan Reardon continues to silence his critics with gutsy performances week in, week out in the MX Nationals. He shows no signs on having spent two years on the sidelines and only bad luck has stopped him from being much higher on the championship table.

‰ÛÏI have been working really hard on my return to racing and all up things have been going well. I feel like I‰Ûªm a legitimate chance to win every race I enter now and I think it will only improve from here. I like the surface at Murray Bridge and look forward to getting down there and racing again,‰Û 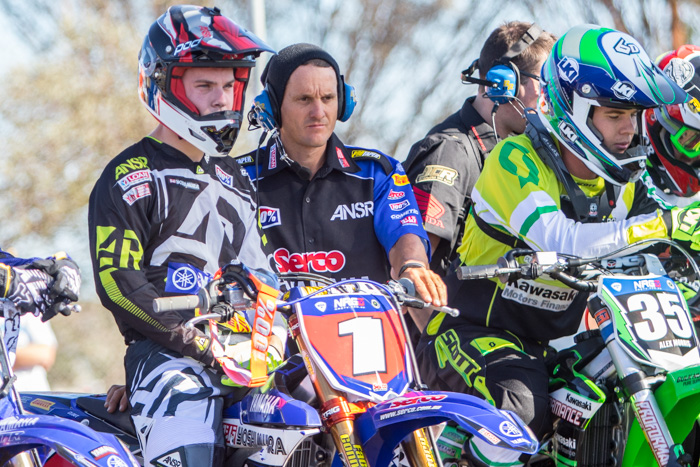 Luke Clout will carry the red plate into round four aboard his #1 Serco Yamaha - Credit: Aaryn Minerds
The MX2 championship is shaping up well for the Serco Yamaha team as both riders, Luke Clout and Jed Beaton, sit first and second respectively as we move towards round four.

Both riders have been at the head of the field at each round with Beaton taking the win at the opening round and Clout winning rounds two and three.

Clout comes off a strong performance at round three with a near perfect days racing. It was the first time in his MX Nationals career that he has been the fastest qualifier and then go on and win both motos but he hasn‰Ûªt been sitting on his hands between rounds and is ready for the next step in the championship hunt at Murray Bridge.

‰ÛÏThe first three rounds have gone well and I feel like my riding is stepped up from last season. My starts have been better this year and I have been able to capitalize on that and turn them into race wins.

‰ÛÏI won my first ever MX2 round at Murray Bridge in 2013 and I really enjoy racing at that track,‰Û 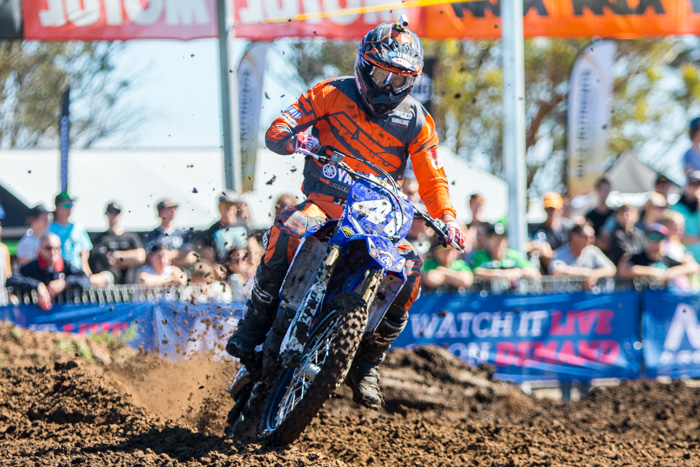 Wilson Todd continues to recover from injury while leading the way in the MXD class - Credit: Aaryn Minerds
While the GYTR Yamaha team lead the points chase in the MXD class, it hasn‰Ûªt been an easy road for the team in 2015.

Wilson Todd, who sits 26 points ahead on the table has had to overcome a range of nagging injuries at the opening three rounds and had to use a cool head to outsmart his rivals, rather than out race them, but the young rider is always up for the challenge.

‰ÛÏThe opening three rounds have been difficult at times and I just tried to get through the days as best I could." Todd reflected. "I was able to step up in riding and training between the rounds and even contested a Victorian state championship round at Ballarat so it was good to get some more racing under my belt.‰Û