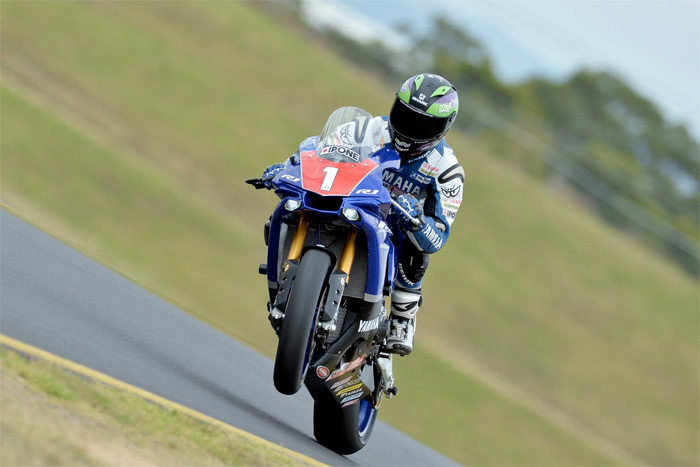 YRT will continue to focus on racing the six round Australasian Superbike Championship, with the season opener taking place at Sydney Motorsport Park on March 11-12.

With the 2015 season under their belts on board the potent Yamaha YZF-R1M, Maxwell, Allerton and Halliday will hit the opening round with plenty of confidence and a full head of steam with a bike that has already gone through its development processes in 2015.

Maxwell, the 33 year old Victorian, is more determined than ever to reclaim the Australasian Superbike Championship after a gut wrenching one point loss in the 2015 championship chase that came down to the final race of the season.

2015 saw Maxwell take two round wins, dominating at the Winton round, a second and three thirds in a consistent year but that one point defeat has only fuelled the fire inside the former champ and with a bank of knowledge on the R1 and the 12 month relationship with the YRT crew, Maxwell will be a man on a mission in 2016.

‰ÛÏI‰Ûªm really looking forward to 2016 and the second year working with the Yamaha Racing team and the R1,‰Û