Current EJ (Under 19) champion, Michael Driscoll, who continues to turn heads as he shows real promise in off road racing.
Yamaha Racing will boast a huge presence at the 40th running of the Australian Four Day Enduro (A4DE) to be conducted this week around the Cessnock region in the Hunter Valley, NSW.

In addition to Yamaha Motor Australia‰Ûªs continued backing of the prestigious off road event as the naming rights sponsor, Yamaha will field a large contingent of supported riders at the event, competing in a wide range of classes, across a variety of Yamaha race weapons.

Experienced campaigner and multi time A4DE champion, Josh Green, will spearhead the team as he chases more success, this time in the E2 class on his 450cc machine. Green has made a good start to the year and has his goals set high for a good result at Cessnock.

Alongside him in E2 will be rising off road star, Wil Ruprecht. Ruprecht is the current E1 (250cc) AORC champion but this year has made the step up to the premier E2 division and isn‰Ûªt intimidated lining up against the established off-road heroes. Despite recently returning to action from a shoulder injury, Ruprecht will be one to watch at this years‰Ûª event.

Former motocross champ, Luke Styke, is making his A4DE debut at Cessnock. Making the switch from motocross to off road has proven to be a wise choice for Styke as he won the opening round of the Australian Off- Road Championship in Queensland last month, but the four day will present more than a few challenges for Styke.

bLU cRU Support
The bLU cRU support truck will again be in attendance the entire week at Cessnock offering part availability and expertise for Yamaha riders, especially the younger riders, throughout the week. Pitted in the Blu Cru rig will also be the current EJ (Under 19) champion, Michael Driscoll, who continues to turn heads as he shows real promise in off road racing. 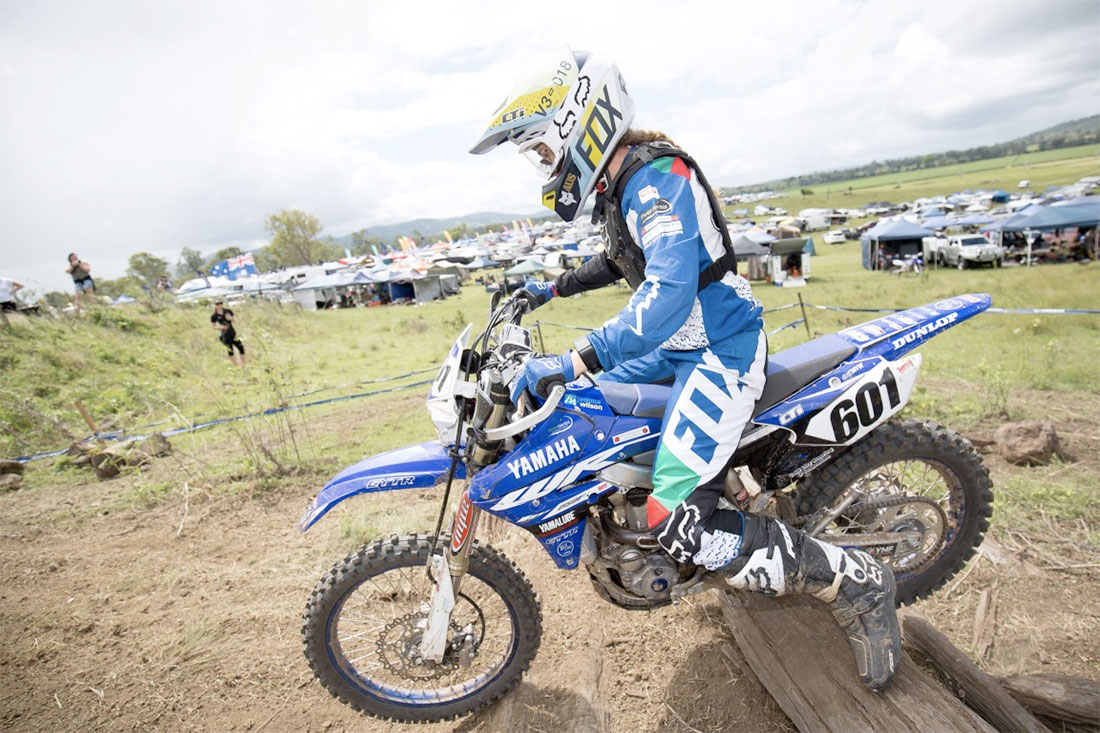 Jemma Wilson will form part of a strong three pronged attack in the Women's class
Women
The Yamaha line up in the Women‰Ûªs category is second to none with three supported riders who have dominated the class over the past 12 months. Jemma Wilson, Jess Gardiner and Emelie Karlsson make a three-pronged attack that will again take some beating in four gruelling days of racing.

Yamaha Support
In addition to the riders and teams mentioned above, there is also a handful of Yamaha supported riders contesting the event who will more than make their presence felt. The experienced Stefan Granquist will be chasing E2 honours on his 450, while Jeremy Carpentier, Nic Tomlinson and Brad Hardaker will fly the Yamaha flag in the E1 category.

The format for the Australian Four Day Enduro will see the entire field set off on Wednesday Morning. The first three days will see riders race a range of special tests throughout each day and follow a trail as they wind their way around the Cessnock region. The final day brings the motocross test and can often shake up the results and provide an intense finish to the event.

For those coming to view the event, Yamaha will also have the rolling road show that is the bLU cRU show truck on display with a range of significant machines to view.

‰ÛÏThe A4DE is a special event in the off-road calendar and one that Yamaha is proud to continue its long association with,‰Û