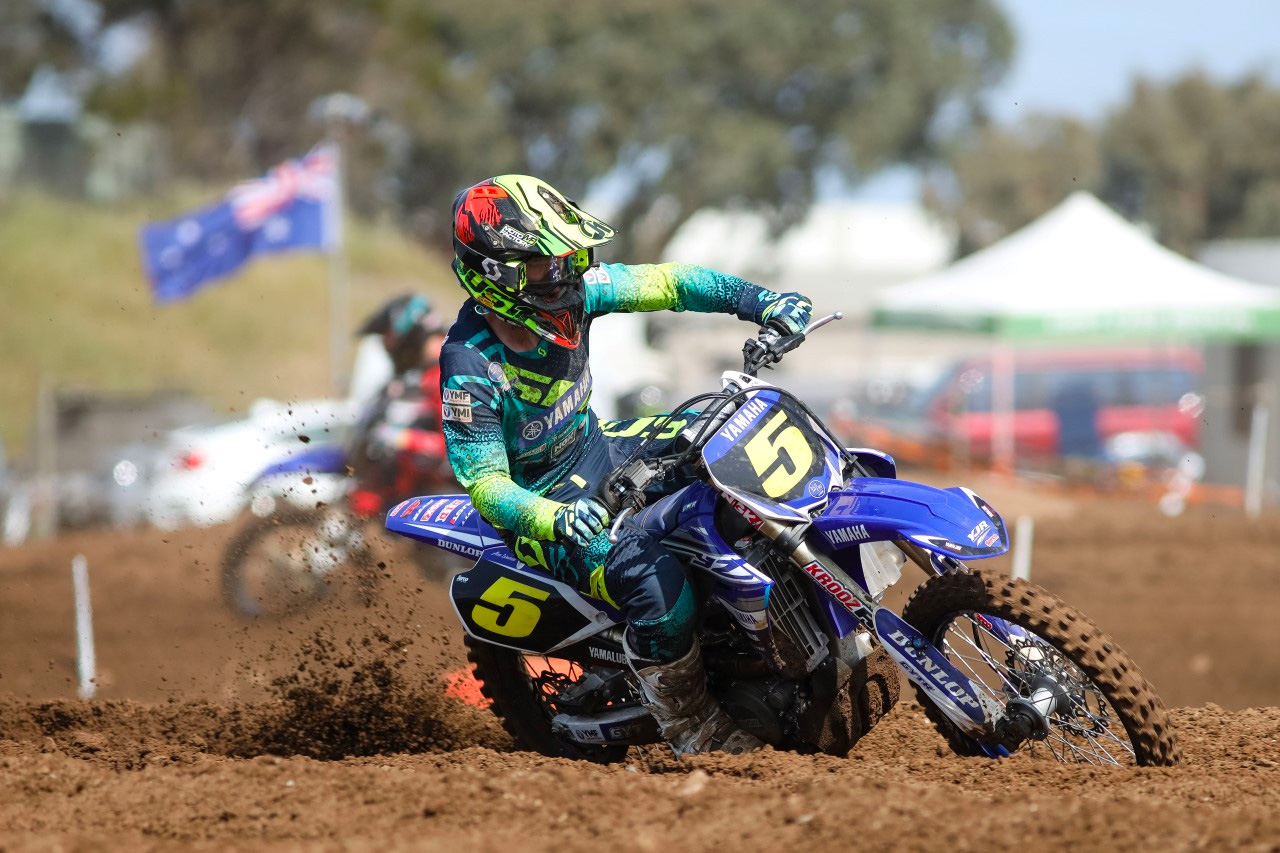 Alex Larwood
Four Australian Junior Motocross Championships and six podium positions were the final results of a successful week for the GYTR Yamaha Junior Racing Team as well as Yamaha supported riders at the 2019 AJMX held at Gilman, South Australia.

The week long event, held in near perfect conditions, saw Australia‰Ûªs best junior motocross talent compete in 14 separate classes to determine the 2019 national champions and Yamaha was in the thick of the action right from the get go.

Leading the YJR charge was Alex Larwood. The South Australian native, competing in his last junior nationals, finished with a dominant victory in the 15 years 250cc class, winning all six finals in a perfect display of speed and aggression. Larwood did it all, leading from the front, but also charging from the back, to claim the win and have the local fans on their feet all week long.

He was on-track to match those results in the 15 years 125 class, but a spark plug issue in race four caused his bike to misfire and he dropped valuable points and positions. He finished with 1-1-1-25 -1-2 results to finish third in the 125 championship but still leaves with his head held high as he reflects on a very successful week.

‰ÛÏ2019 has been a great season for me and the results this week just top off a season that I will never forget,‰Û 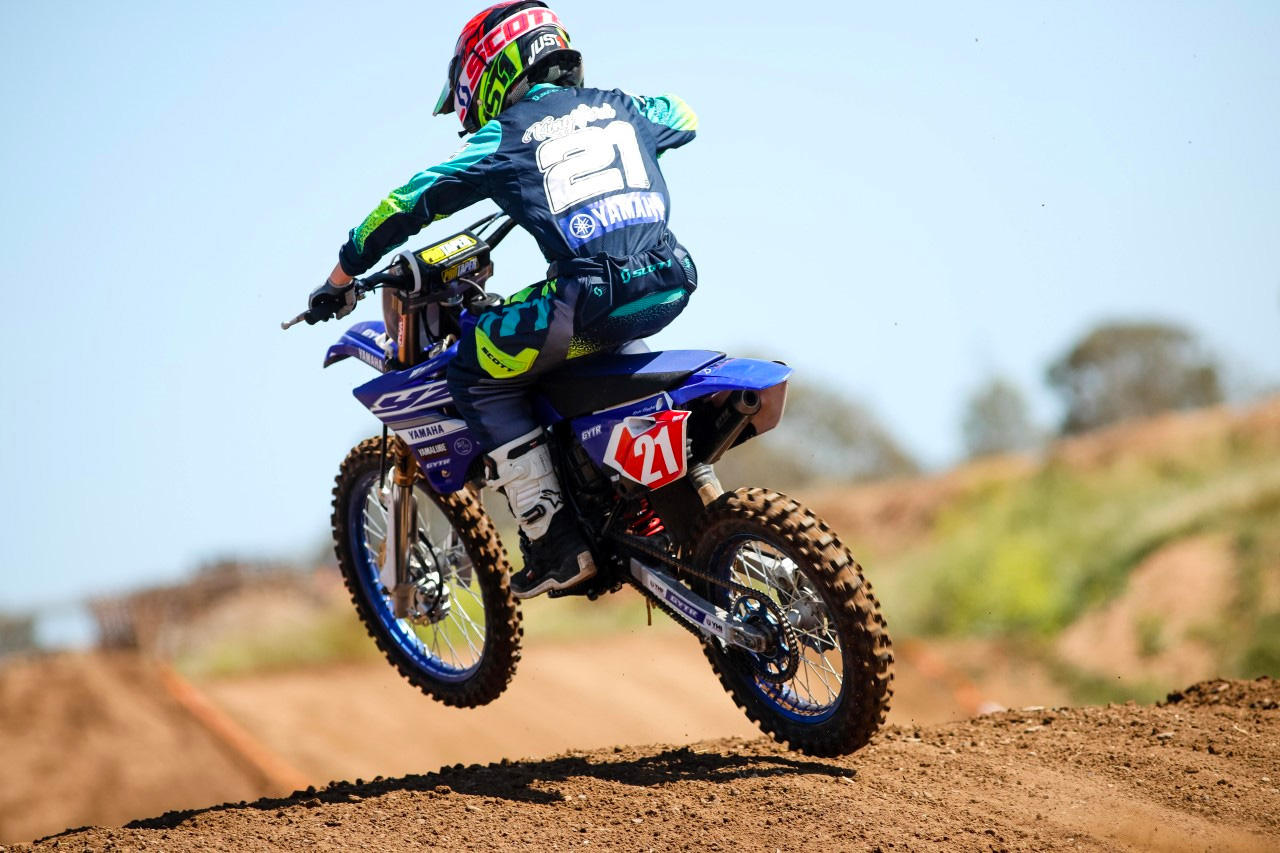 Ryder Kingsford
Ryder Kingsford took home his first national championship, taking the win in the 13-14 years 85cc division. Kingsford entered the final round of racing in second place but needed to make up eight points to claim victory. But there were plenty of twists and turns as the final race unfolded. Two restarts, the points leader going down while out front and then another rider tasting the dirt allowed Kingsford to scramble to a fourth place finish.

In the moments after the race, the points were tallied several times and it was determined there was a tie for first place with two riders equal on 90 points. But, in motocross, the stronger finish is the tie breaker and the fourth Kingsford scored in the last race was enough to secure him the championship. 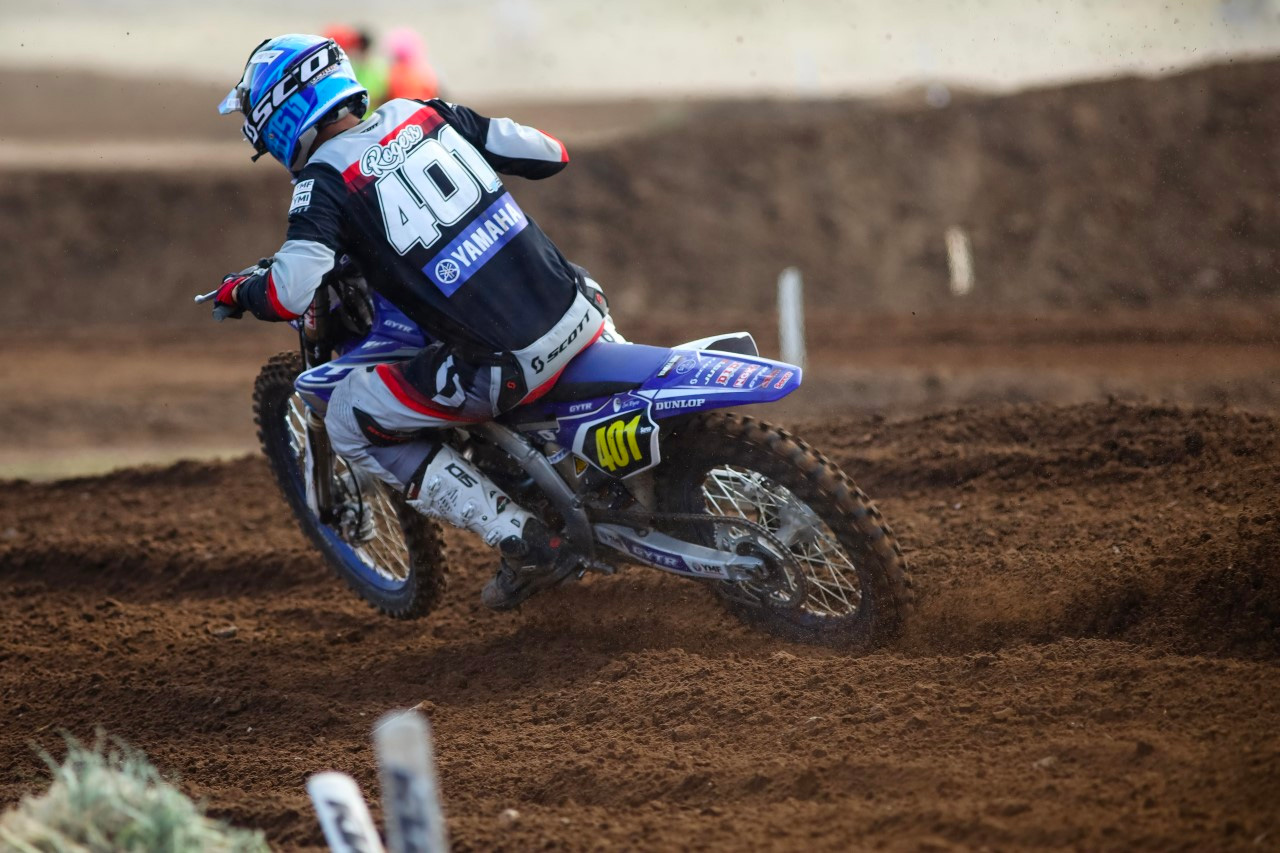 Levi Rogers
Several other GYTR YJR riders stood on the podium after a gruelling week of racing. Levi Rogers claimed second in the 15 years 125cc class, making it a 2-3 finish with Larwood. Rogers battled hard all week and was only four points short of taking the championship after winning the final race.

Rogers was also a contender in the 15 years 250cc event, but a flat rear tyre and a first turn pile up dashed his hopes early in the week.

Jake Cannon rode his YZ65 to a third place finish in the 10-12 years division after a consistent week in Adelaide. Cannon finished with 7-3-1-6-5-4 and only a few falls prevented those results being even better. He also rode to a fifth place finish in the 9-11 years 85cc class. He stated the week slowly on the 85 but when it came finals time, he upped the intensity to finish with 2-5-6 finishes to just miss the podium.

Other riders also turned in commendable results. Cody Chittick performed well all week in the 15 years classes and showed plenty of speed in a fast paced group to finish inside the top eight in both classes. Jay Jennings just missed the podium in the 7-9 years 65cc class to finish fourth, just one point away from third. In fifth was YJR team mate, Jobe Dunne.

Yamaha supported riders also flew the bLU cRU flag proudly, none more so the 14 year old female racer, Charli Cannon. Entering the 13-15 years Girls 85 class and the 13 -15 years 125 class, Cannon went undefeated all week, the only rider to do so and in the process claim two national championships. Charli was a cut above her rivals and rose to another level when challenged by her rivals. 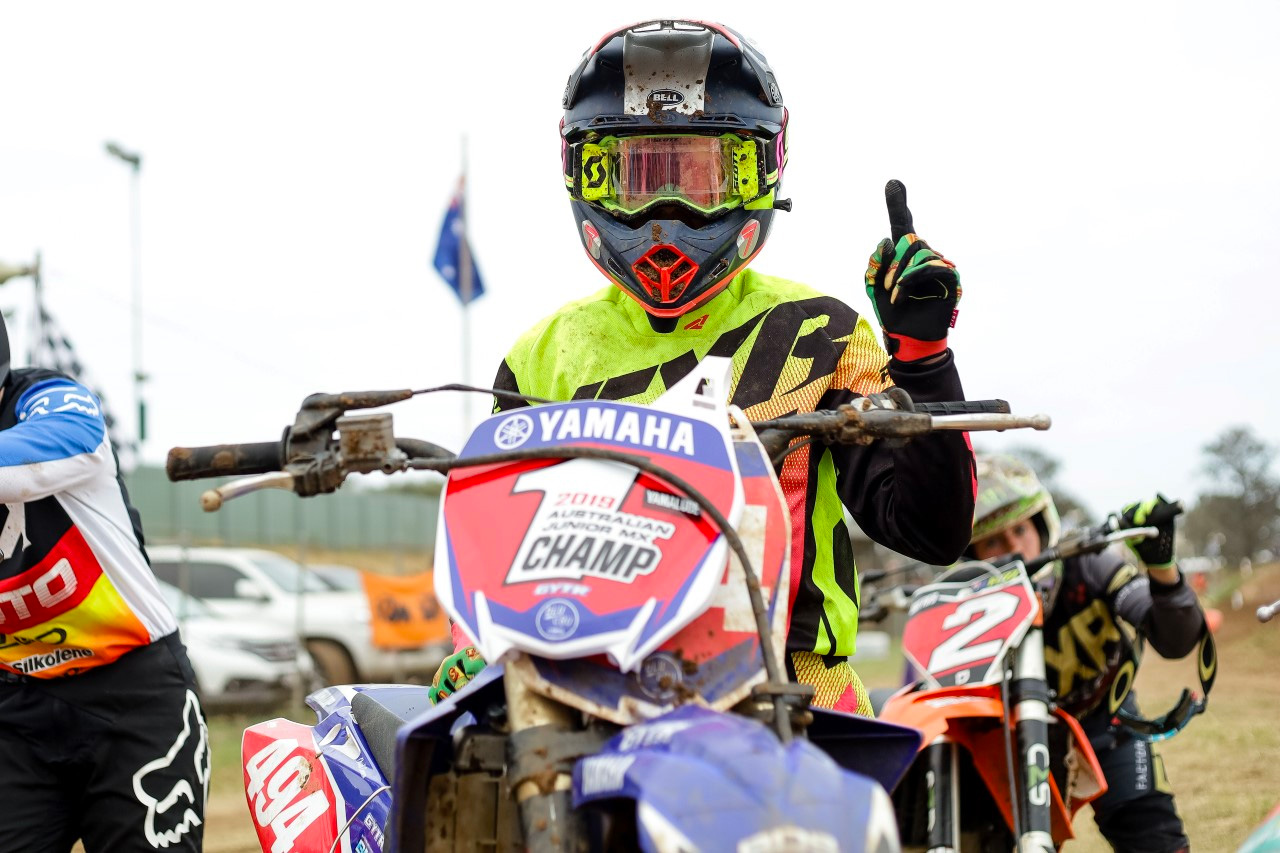 Jackson Camilleri rode with determination all week and on the final day was in contention for two championships, the 13-14 years 125cc and the 13-14 years 250cc. He secured second place in the 250cc division after a spirited ride first up on the final day but there was heartbreak in the 125cc class as he led the opening lap, but two crashes saw his seven point lead evaporate. He was gutted when he rolled across the finish line but is now more determined than ever to get some revenge in 2020.

In the 7-9 years 65cc class, Cooper Downing stormed home to take a second place finish. Downing finished 10th in the first final after a falling from his YZ65, but he regrouped to win the final two finals and snare second place on the podium.

‰ÛÏYamaha would like to congratulate all riders and families for their efforts this week at the 2019 Australia Junior Motocross Championships,‰Û 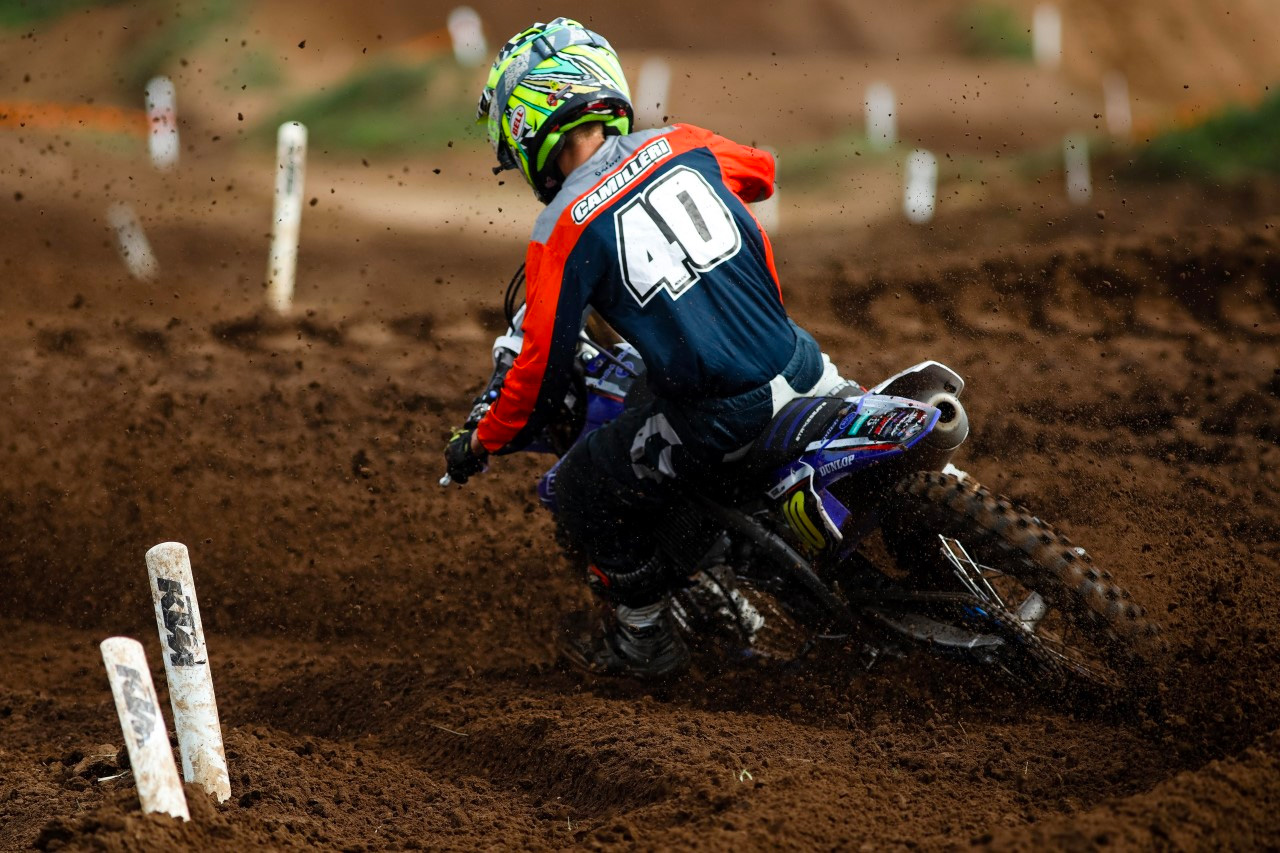