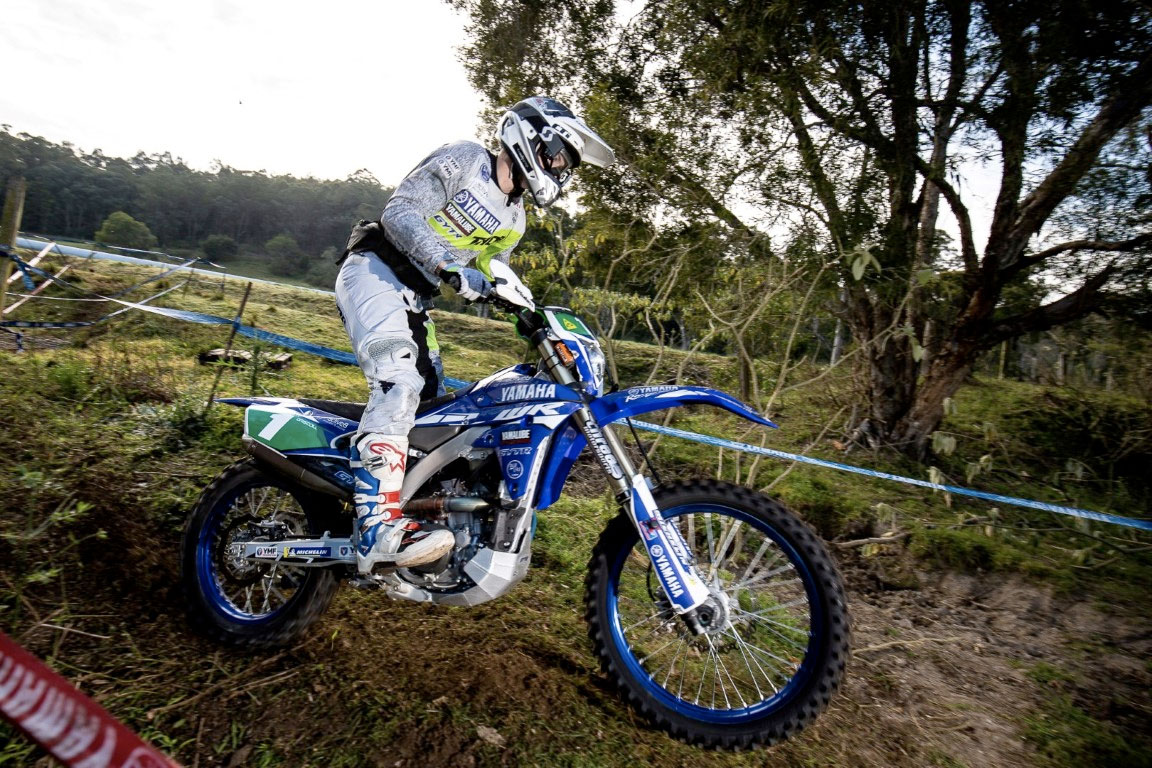 Michael Driscoll continued his domination of the EJ (under 19) class with a double round victory at Dungog. Photo: John Pearson Media
The Yamalube Yamaha Active8 Racing team continued on their good form at rounds five and six of the Yamaha Australian Off Road championship, held at Dungog, over the weekend.

Under the two day enduro format that saw riders on the bike for long hours, covering over 200 kilometres per day and 16 special tests over the weekend, it proved to be a good old fashioned enduro that made the riders work for their results.

And the results were again good from all the Yamalube Yamaha Active8 riders with all of them completing the event unscathed and maintaining their positions in their respective championships as it reaches the half way stage.

Michael Driscoll continued his domination of the EJ (under 19) class with a double round victory at Dungog. Driscoll has won every round so far in this years‰Ûª championship and shows no signs of slowing down. He completed another successful weekend and increased his lead in the championship.

‰ÛÏA good weekend for me and managed to get through it with no major mistakes,‰Û 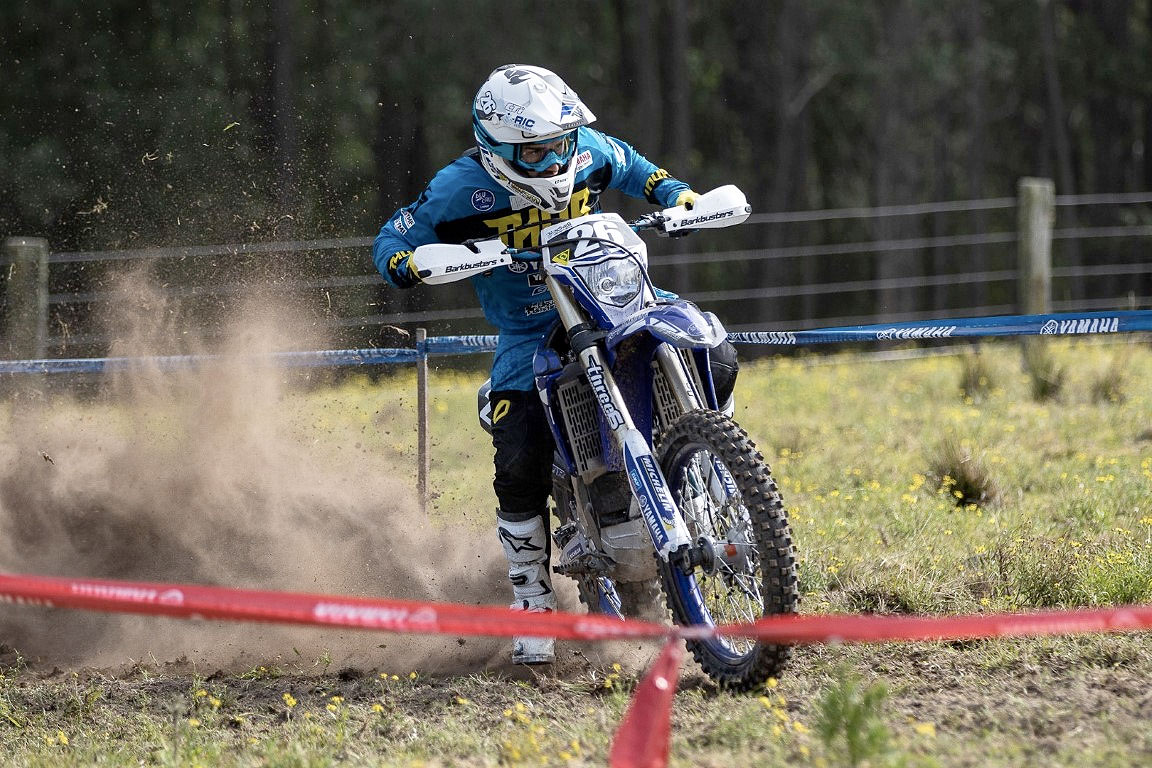 Luke Styke rebounded from a bad - by his standards - day Saturday to take the E1 win on Sunday. Photo: John Pearson Media
Luke Styke recorded his first blemish of the 2018 season, finishing in second place on Saturday in the E1 class. Styke was unbeaten in the first four rounds but had a rare off day at Dungog and missed the top of the podium but still managed to take second.

But, he was soon back to top form on Sunday and took the class win and reasserted his authority in the E1 division. He won five out of the eight special tests and now sees himself with a 25-point lead in the class at the halfway point of the championship.

‰ÛÏI just got off to a slow start on the Saturday and was trying to catch up the rest of the day. Usually I‰Ûªm pretty good at getting things happening right away but I was a bit flat and let some valuable time slip.

‰ÛÏSunday was better, and I was pretty determined not to have a repeat of the day before. It‰Ûªs not about having the perfect season but just riding and racing the way I know I should and I was able to rebound well on Sunday and get things back on track, so that was pleasing,‰Û 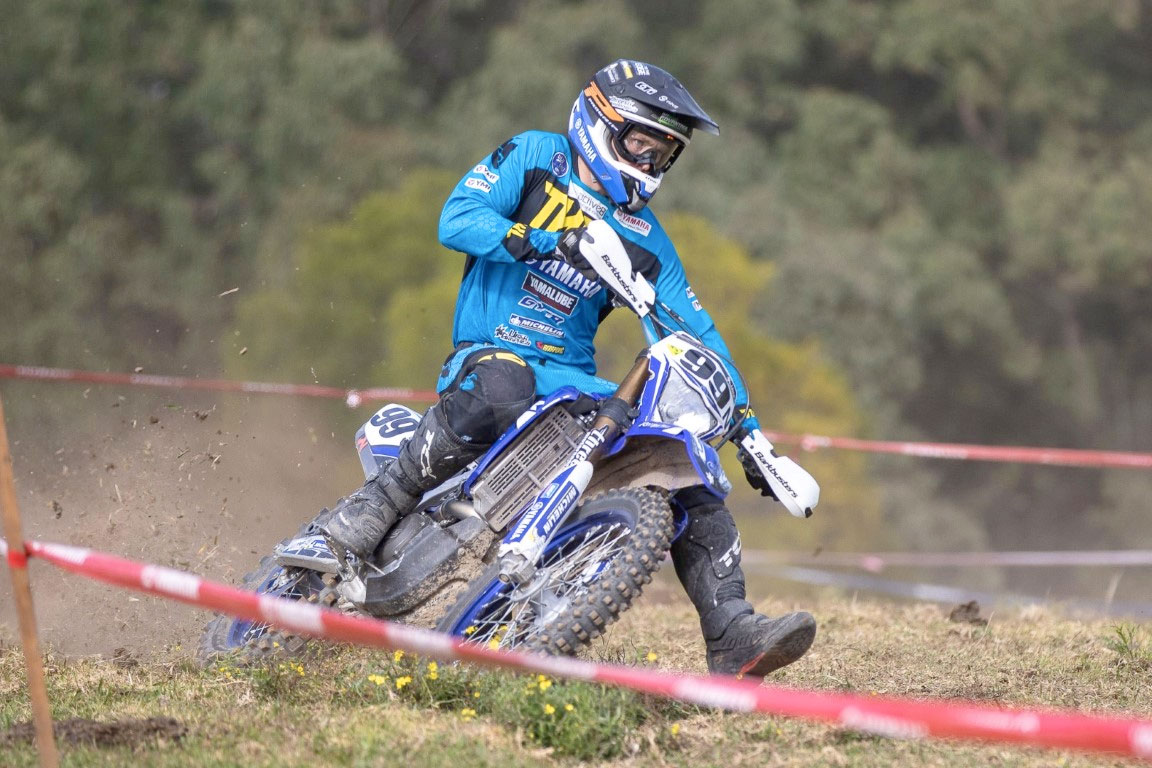 Josh Green impressed with a pair of second places. Photo: John Pearson Media
Josh Green showed plenty of speed and fight over the weekend to come home second in the E2 class and third outright over both days. With Milner and Sanders setting a fast pace up front, Green was prepared to step it up and match the front runners and managed to on several special tests but at the same time, went down at times and that cost him time.

But Green wants to challenge for round wins and is prepared to ride on his limit to get the results he desires. Despite the falls, he still maintains second in the E2 (450cc) and third outright in the championship.

‰ÛÏI came into the weekend with the attitude that I‰Ûªm just going for it and push 100% all of the time and see where it takes me. I don‰Ûªt feel like I have anything to loose and I want to challenge myself to get to the speed of Milner and Sanders.

‰ÛÏI made a couple of mistakes and went down but that‰Ûªs part of the game and but I will continue to take the approach that if I keep that attitude, I will feel comfortable at that speed and it will come more naturally to me.

"We have six rounds to go and I want to take a round win or two before the year is out and race 100% every time I hit the track,‰Û 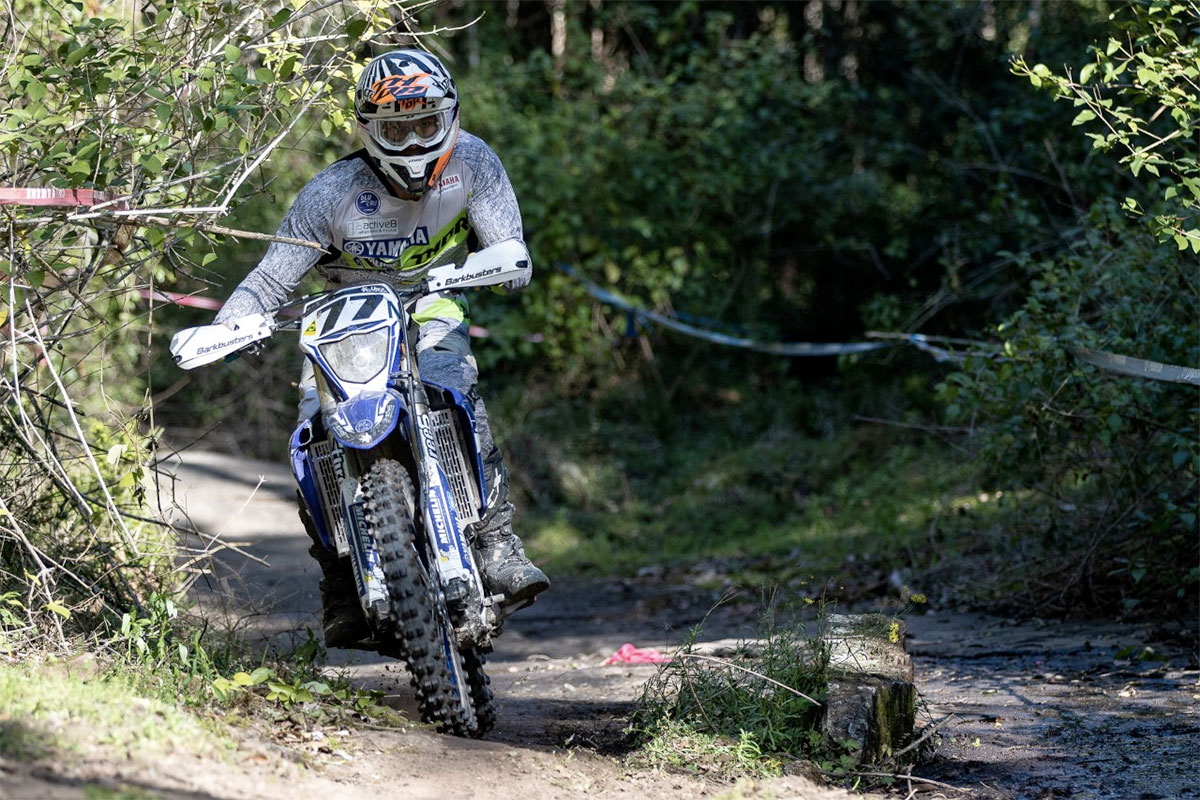 Wil Ruprecht made a strong return after being sidelined with injury. Photo: John Pearson Media
It was a welcome return for Wil Ruprecht who has just come off a retched run of injury where he has been sidelined by back to back shoulder injuries. While he has been back on the bike for a little while now, riding and racing can often be two different things, but Wil made a good fist of things to finish inside the top 10 on both days outright and fourth in class on his Yamaha YZ450FX.

His weekend was a little inconsistent, at times showing good speed and posting special test times inside the top five while others he was a little off the pace as he settled back into the grove of racing. With more race time under his belt, he will find that consistency and become a major player in the E2 class in the second half of the year. 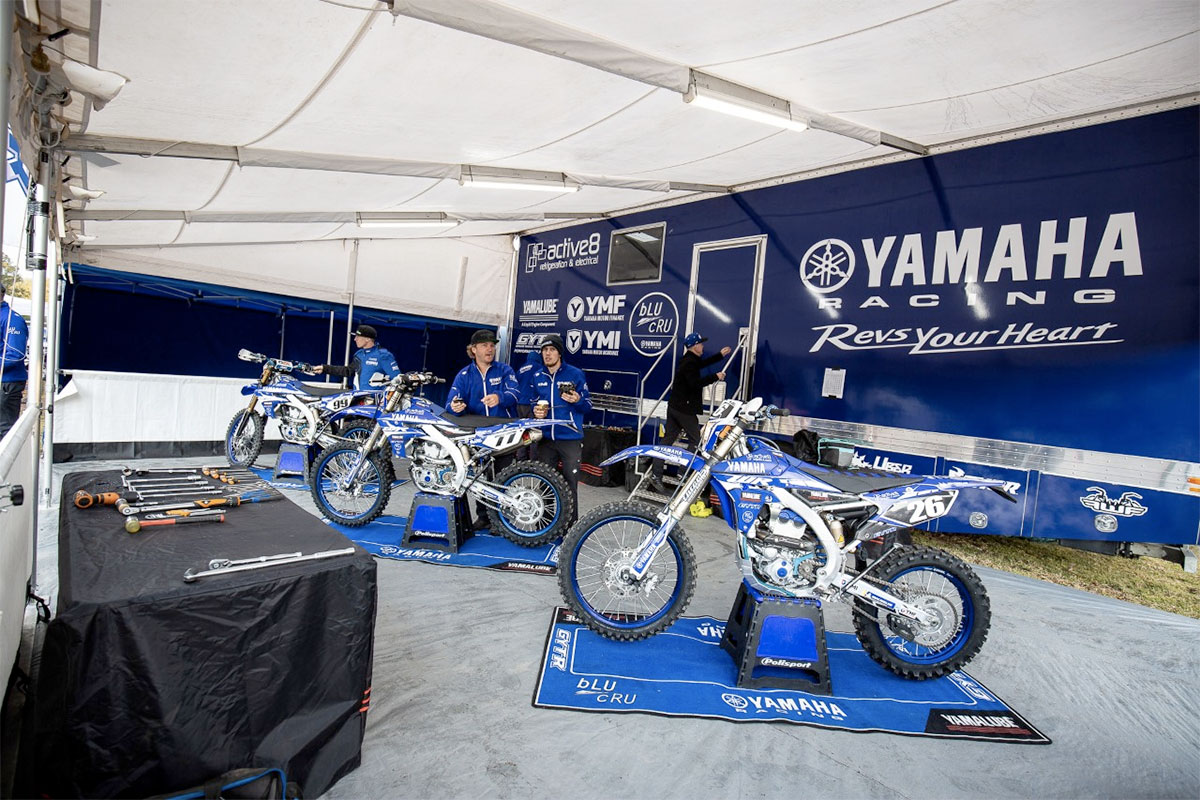