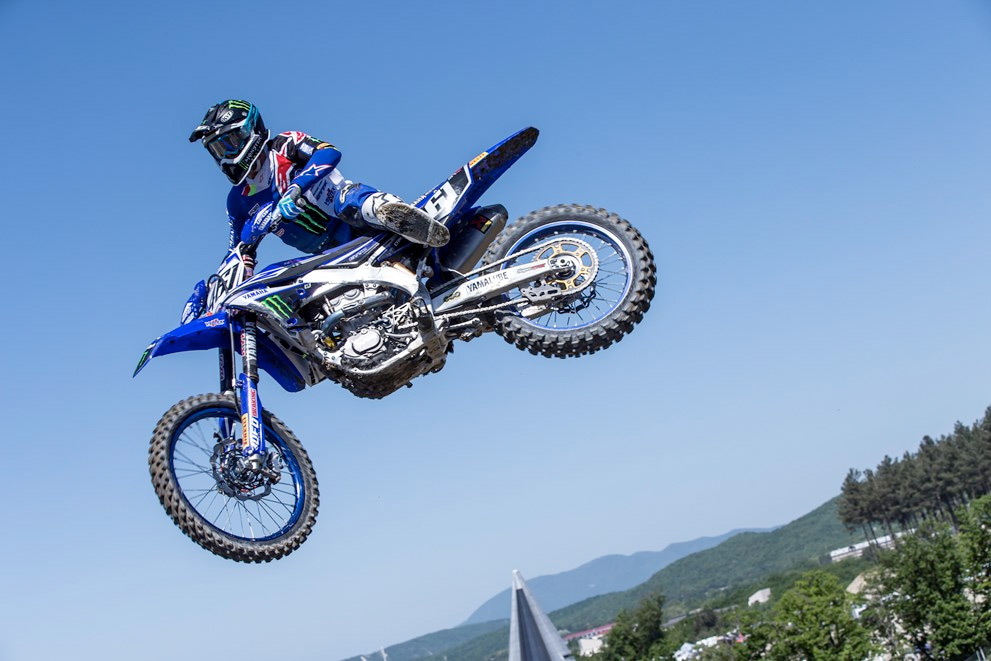 The Belgian, who is one of only four pole-goers this year, is looking to return to top-five form and make his way back to the podium.

"I like the track in Latvia." Febvre admitted. "The most important thing there will be the start because the first corner is 180 degree's so it's really difficult and it's important to be at the front. If we get off the gate, it will be a good weekend and I am excited to go there.

Situated approximately 50 kilometers South-East of the Latvian capital, Riga, the Zelta-Zirgs circuit is relatively young. It hosted its first Grand Prix in 2009 where Antonio Cairoli took his YZ450F to victory in the premier class. The venue has since gone on to host a further seven Grands Prix, and a Monster Energy FIM Motocross of Nations - at which Team Belgium finished second place after their captain, Jeremy Van Horebeek, powered his YZ450FM to second place in the MXGP class.

The tracks' layout is wide and flowing. It has a firm base with a sandy topsoil and typically develops many hidden square-edged bumps. As one of the most technically skilled riders on the line, Romain Febvre has won two races inside the premier class at the tricky Kegums circuit, and has finished on the podium twice, in 2015 and 2016. The 26-year-old Frenchman is currently fourth place in the MXGP Championship Standings, 9-points shy of Clement Desalle in third, and is determined to repeat his former success. 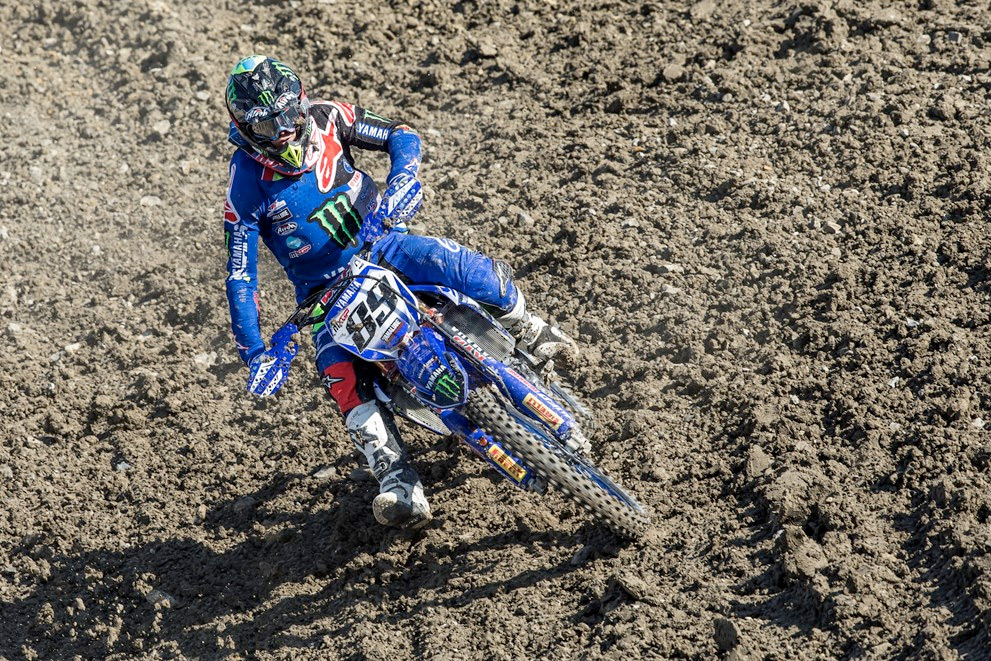 "I think it's a good track and I really want to get back to where I belong in terms of results. I have been doing OK with my injury, but I know that if I was 100% at the last GP's it would have been much better. I am working my butt off with physical training and everything like that, but I wasn't able to get on my bike before Russia and that is what was missing."

One rider who has a habit of setting the crowd into frenzy with his flamboyant riding style and positive outlook is Wilvo Yamaha Official MXGP's Jeremy Seewer. The 23-year-old rookie is absolutely loving every lap turned on his YZ450F, and is rapidly building speed and confidence. He is currently ninth in the championship chase, 12 points shy of the 2016 MXGP World Champion Tim Gajser in eighth, and 15-points off Jeremy Van Horebeek in seventh.

Following his spectacular crash during the Qualifying Race at the Russian Grand Prix, Wilvo Yamaha Official MXGP's Shaun Simpson has been diagnosed with three fractured ribs and a chipped Ilium. The gritty Scot remains in pain and is experiencing a lot of muscle cramping. Bravely, he has not ruled out the Latvian Grand Prix completely. A decision on his attendance will be made later this week. 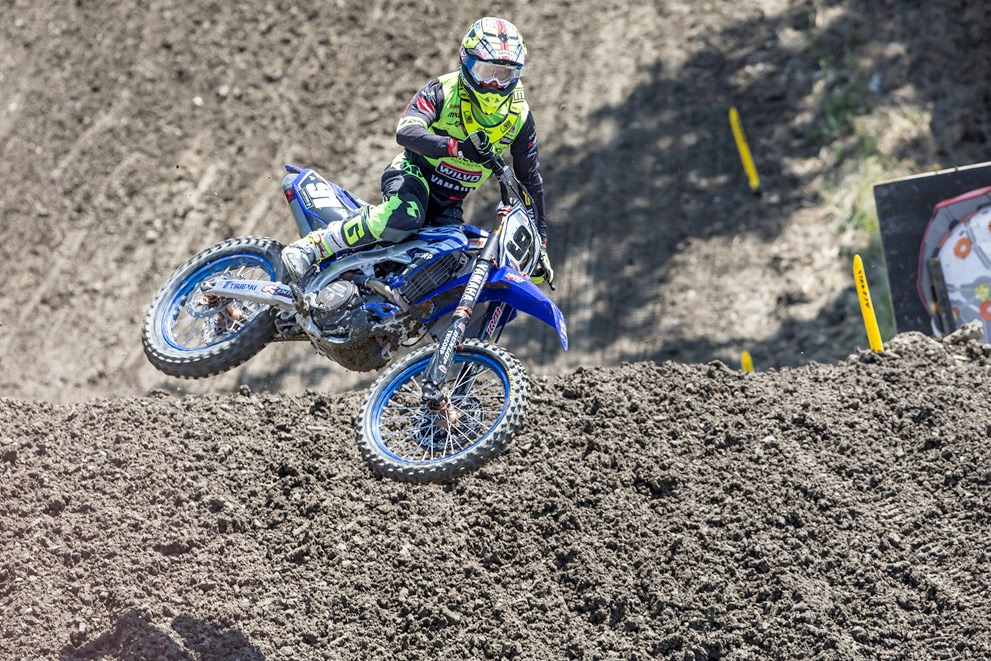 One rider who has a habit of setting the crowd into frenzy with his flamboyant riding style and positive outlook is Wilvo Yamaha Official MXGP's Jeremy Seewer.
In MX2, the Kemea Yamaha Official MX2 team is prepared for another brilliant weekend in the sand at the seventh round of the FIM MX2 World Championship in Kegums.

Having celebrated a career best achievement at the MX2 Grand Prix of Russia, where he finished on the podium for the first time, Ben Watson is brimming with confidence. The 20-year-old Brit favors a softer surface and is excited to go in pursuit of another top-three finish. He is currently fourth in the MX2 Championship Standings.

As a rider that has celebrated the Latvian Grand Prix from the podium over the last two years, Jago Geerts is bound to be the dark horse in the MX2 class this weekend. Geerts dominated the opening round of the 2016 EMX125 Championship in the sand of Kegums with a double moto victory, and then went on to prove how hot his pace is with a race win inside the EMX250 class the following year.

The talented 18-year-old has plenty of confidence going into this Grand Prix after another sensational performance in Holland last weekend where he took his second consecutive overall victory to extend his lead in the Dutch Championship. The young Belgian, who is currently tied for tenth place in the MX2 Championship, is well on his way to a podium milestone in the pro ranks.

Coinciding with the MXGP and MX2 Championships this weekend and fresh off their first-ever EMX250 round victory, the ASTES4-TESAR Yamaha Official EMX250 team will line up Nicholas Lapucci and Roan Van de Moosdijk for the fourth round of the EMX250 Championship.

Similarly, the intense action that typifies the EMX125 Championship is set to resume with MJC Yamaha Official EMX125's Thibault Benistant in the running for a podium place. The EMX125 round of Latvia will be exciting for last years' winner of the YZ125 bLU cRU Cup, JÌ¦rgen-Matthias Talviku, with Latvia being a neighboring country to his native, Estonia.