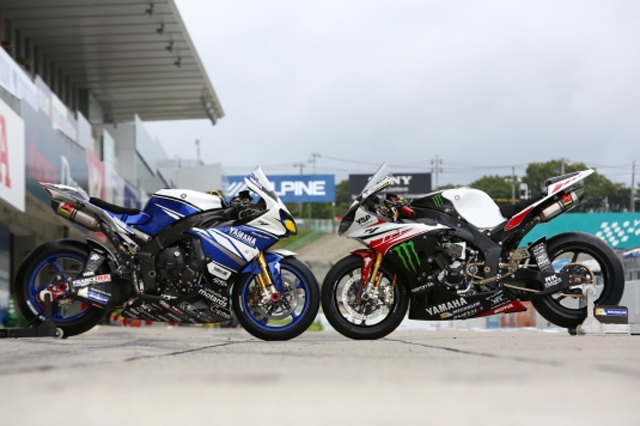 The Yamaha Austria Team currently sit in second in the Championship standings, just 13 points behind the leaders with Yamaha France GMT in third, another 24 points behind.

Yamaha Austria, the 2009 World Endurance Champions and 2010 runners up will this year be joined by 2013 AMA Championship contender and American road racing icon Josh Hayes.

The Monster Energy Graves Yamaha rider has an impressive three AMA Championship wins under his belt and has successfully competed as a wildcard for the Yamaha Tech3 team in the 2012 MotoGP Championship finale at Valencia. Hayes will be joined by World Supersport rider Sheridan Morais, and team up with regular riders Broc Parkers and Igor Jerman.

"As the past has shown, the 24hr race is always a lottery." Mandy Kainz, Team Manager for Monster Energy Yamaha stated. "We won in 2009 so there is no reason why we can‰Ûªt do it again this year.

"With Monster Energy and Yamaha we have been able to present a very strong team of riders for the race. We will put pressure on the Suzuki Endurance team from the first practice session.

"We have to make them nervous and force them into a mistake, under pressure they are quite prone to error," he added.

The Yamaha France GMT 94 team will see a rider line up including regular GMT Endurance stars David Checa, Kenny Foray and Matthieu Lagrive ready to do battle on their YZF-R1.

"We are ready for the Le Mans race," said Christophe Guiyot, the Yamaha France GMT 94 team manager. "Our Yamaha R1 is very competitive and the Michelin tyres are fantastic.

"We have three excellent and experienced riders who have been very fast on track since the beginning of the season. We know that we can play for the victory.

"After missing out at the Bol d‰ÛªOr where we finished fourth after losing 20 minutes to change the camshaft sensor and Oschersleben where we finished fifth after a big crash during the second lap of the race, the chance for victory is with us now," he concluded.

The gruelling challenge of Le Mans makes it the toughest road race for motorcycles in the world with a team of handpicked riders taking it in turns to lap as quickly as possible over a 24HR period aboard a single race bike.

Reliability and trust in the machine is essential and any possible mechanical issues need to be fixed quickly and cleverly to get the riders back on track as quickly as possible. They race through day and night in all weather conditions in the quest for victory.