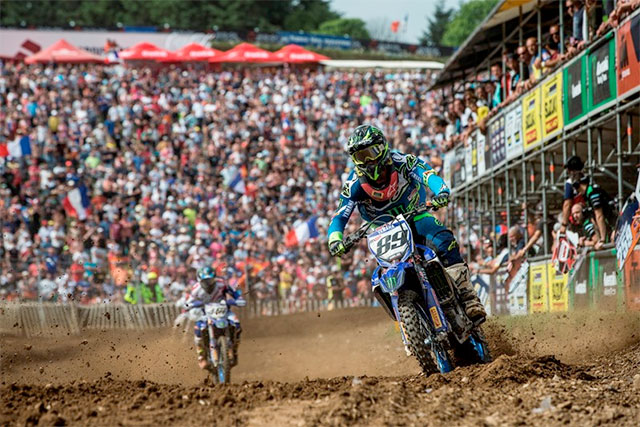 The MXGP series returns to Russia for the first time since 2012 with the tenth round of the FIM Motocross World Championship - the MXGP of Russia - which is set to take place on the unfamiliar circuit of Orlyonok this weekend, June 10th & 11th.

Monster Energy Yamaha Factory Racing's duo of Jeremy Van Horebeek and Romain Febvre are both hoping to celebrate MXGP's return to Russia with a podium finish. Wilvo Yamaha Official MXGP's Arnaud Tonus is also expected to be a tough challenger out on the rock-hard clay circuit.

Jeremy Van Horebeek goes in tied on 261 points with the defending world champion Tim Gajser - in fourth place - and is 28-points shy of Belgian compatriot Clement Desalle, who is in third place.

"After France, the 2-weeks were perfect to have some more time on the bike, so I have spent a lot of time on the bike riding," Van Horebeek said. "I also tested some new parts 5-weeks ago, and they have arrived, so it's going to be good to use them. I am actually looking forward to this weekend, going out to Russia and racing. I haven't seen the track, I don't even know what ground to expect, but it doesn't matter, it's a track to race on, and that's what I am there to do." 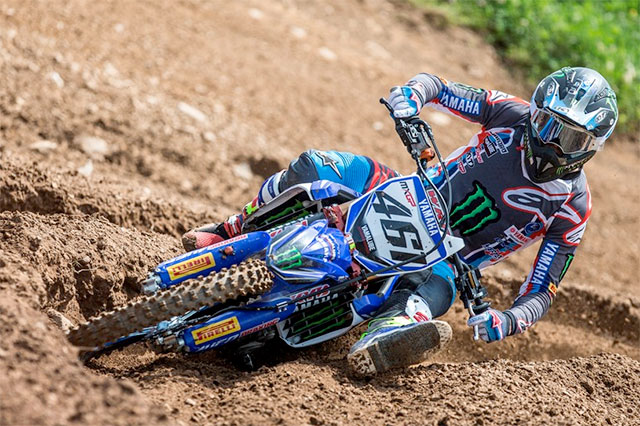 Romain Febvre
Romain Febvre, on the other hand, is currently eighth and is only 5-points shy of the only Russian contesting the entire series, Evgeny Bobryshev and will looking to close the gap as the Russian returns to racing this weekend.

"I am feeling good; I have spent a lot of time testing," Febvre explained. "I was in Belgium last week, and this week I flew out to Italy. Today is Wednesday, and it will be my last day of testing before I go out to Russia. I am feeling good on the bike, my foot is getting better as well. It maybe needs a few more weeks to be perfect, because it's the ligaments that are damaged and they take a long time to heal, but I have no pain at all. So that is good. I am looking forward to Russia although I don't know where we are going and I haven't seen the track, but it should be okay."

Arnaud Tonus needs 4 points on KTM's Glenn Coldenhoff to move into tenth, while his Wilvo Yamaha Official MXGP teammate Shaun Simpson is still in fourteenth despite not attending the previous two rounds after breaking his hand in the final race at the MXGP of Latvia on May 8th. Simpson is aiming to return at the MXGP of Lombardia, which will take place in the sand of Ottobiano, Italy on the weekend of June 25th.

The track and venue in Orlyonok, Russia, is located on the eastern shore of the Black Sea, 150km North West of Sochi. While the circuit it is new to the MXGP calendar, and will be foreign to most of the riders in MXGP and MX2, it actually made its international debut last year as the host of the 2016 FIM Junior Motocross World Championship. The pale coloured clay track is relatively wide and flowing with plenty of elevation. It was also very long last year, although it is said to be shorter for the grand prix this weekend. 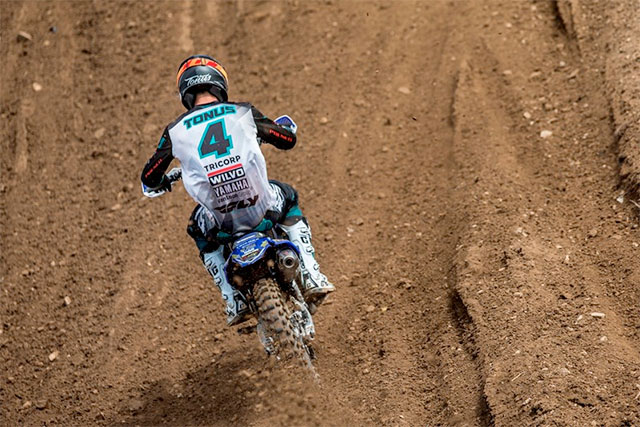