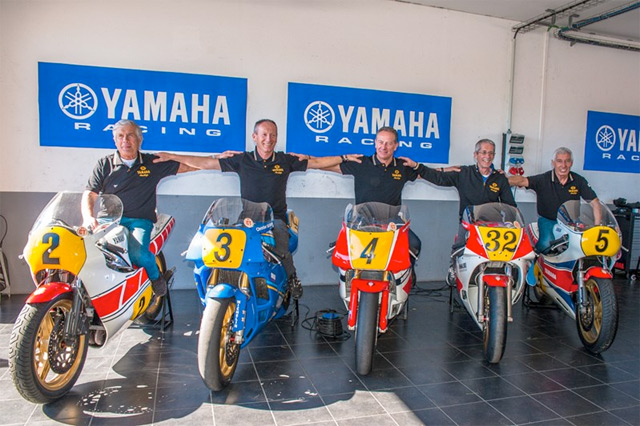 On the 16th and 17th April, the Circuit Paul Ricard will again roar with the sounds of yesterday as the Yamaha Historic Racing Team takes to the track.

Iconic screaming race machines from Yamaha's glorious racing history will be full throttle on the circuit in the hands of the legends that made them famous for the Sunday Ride Classic.

Team manager Hubert Rigal is very much part of the historic story of these machines. Hubert took his first ride on a YZR750 in 1975 in the World Championship. Lining up on the grid alongside Yamaha legends such as Kenny Roberts and Christian Sarron, his love affair with Yamaha was confirmed.

The team will run a variety of Yamaha machines from the glorious racing past, including the Yamaha TZ700 that Agostini rode to an incredible victory in 1974 on his Yamaha debut at Daytona. Other fantastic machines in the team include Christian Sarron's 1977 TZ750 and 1984 world championship winning TZ250 as well as Kenny Roberts' 1982 Yamaha 500 0W60.