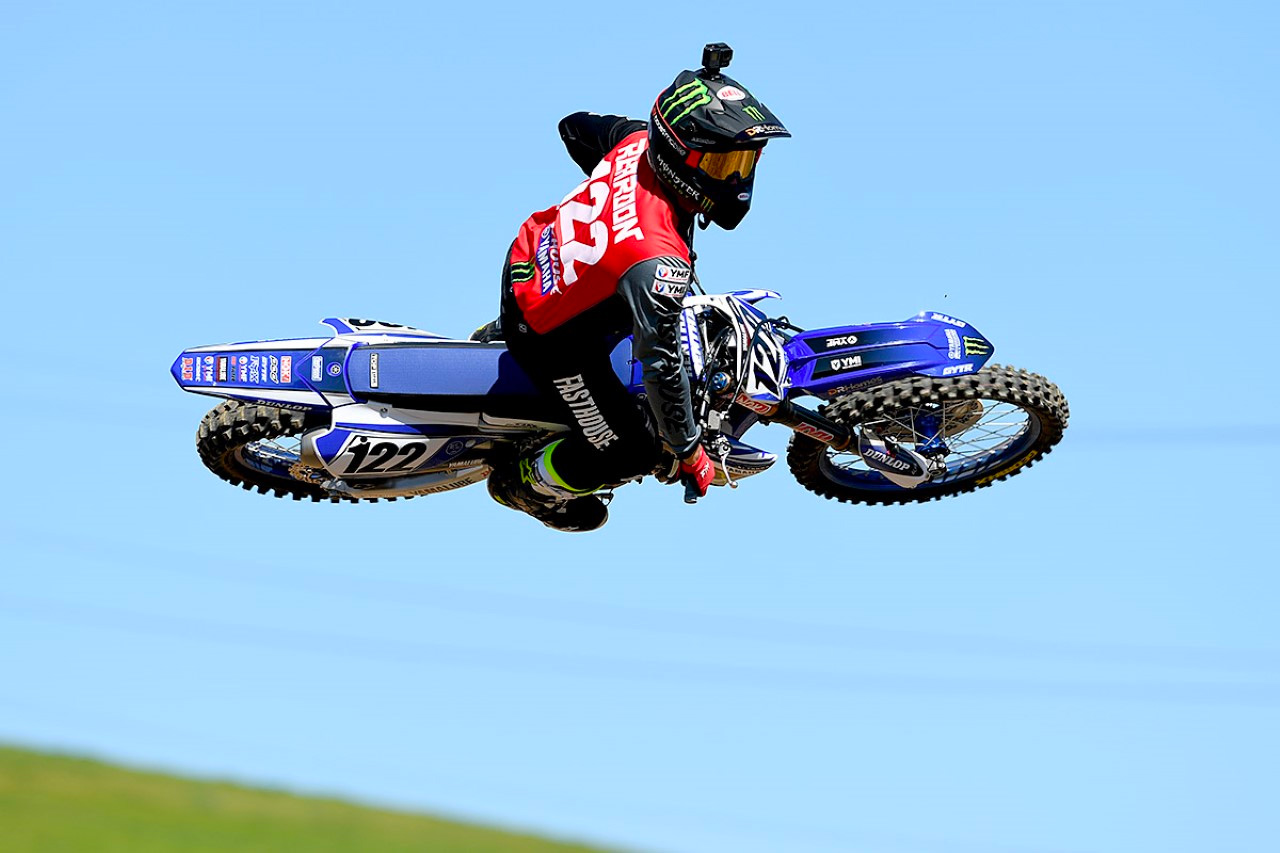 Dan Reardon
This Saturday night will see the opening round of the 2019 Australian Supercross Championship fire into life and Yamaha Racing are locked, loaded and ready to take on the bumps, jumps and excitement that only supercross can provide.

The Brisbane Entertainment Centre will see a track carved out on the floor for the first time since 2014 and a capacity crowd is expected to get the five round championship under way. All four of the Yamaha supported teams will be out in force as well as some of the up and coming stars from Yamaha Junior Racing. 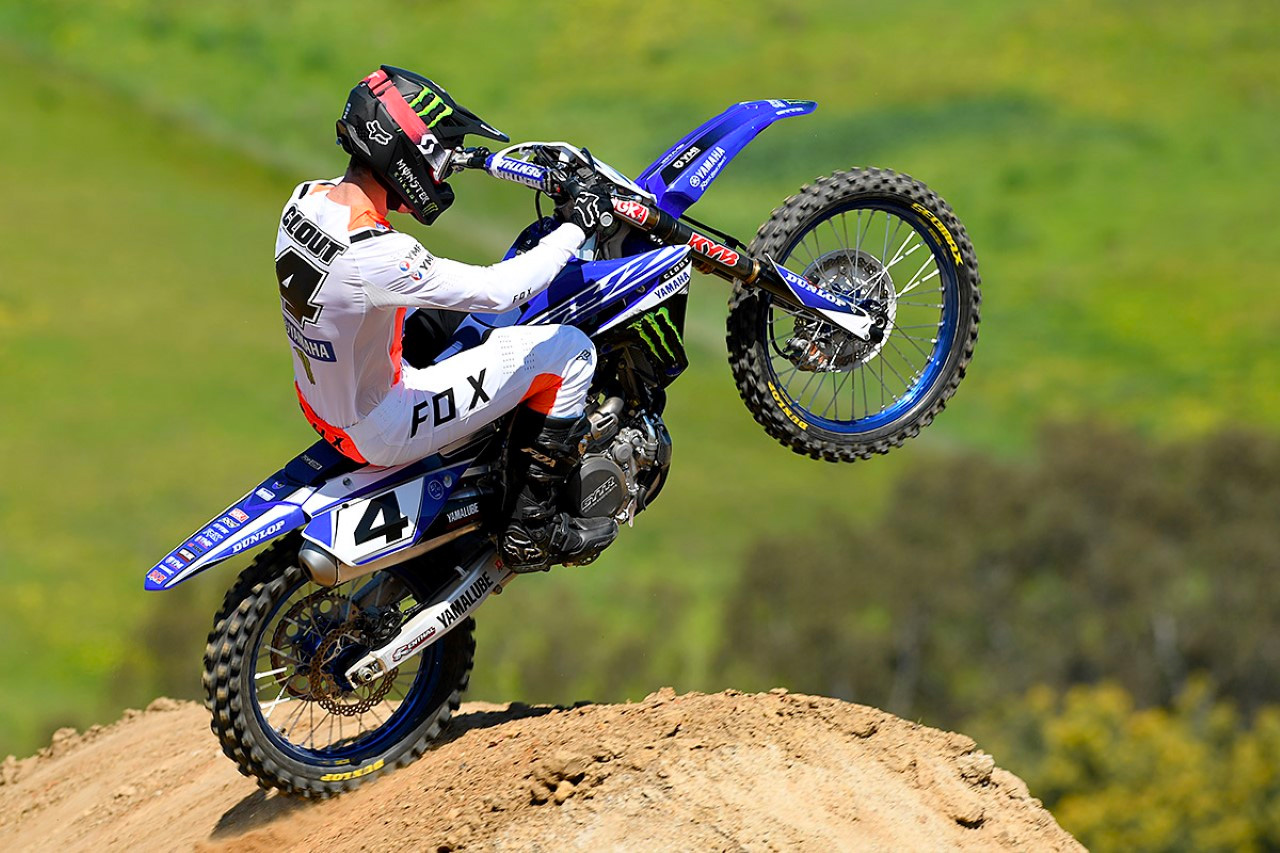 Luke Clout
CDR Yamaha Monster Energy Team
The factory backed SX1 (450cc) team will roll out the significantly updated 2020 model Yamaha YZ450F this weekend in the very capable hands of Daniel Reardon and Luke Clout. Reardon finished third in last years championship while Clout was an early front runner in the 2018 season before he was struck down by injury.

Both riders have just finished off an intensive pre-season training schedule as well as a very comprehensive testing program on the new Yamaha YZ450F and are confident heading into the opening round this weekend.

Reardon and Clout will do all five rounds but will be joined by American guest, Josh Hill, for the final three rounds of Wollongong, Auckland and Melbourne. Hill is no stranger to victory or Australia for that matter and will form a formidable trio of riders under the CDR Yamaha Monster Energy awning.

‰ÛÏThe move from motocross to supercross has been very smooth for us and the riders have really taken a likening to the new YZ450F,‰Û 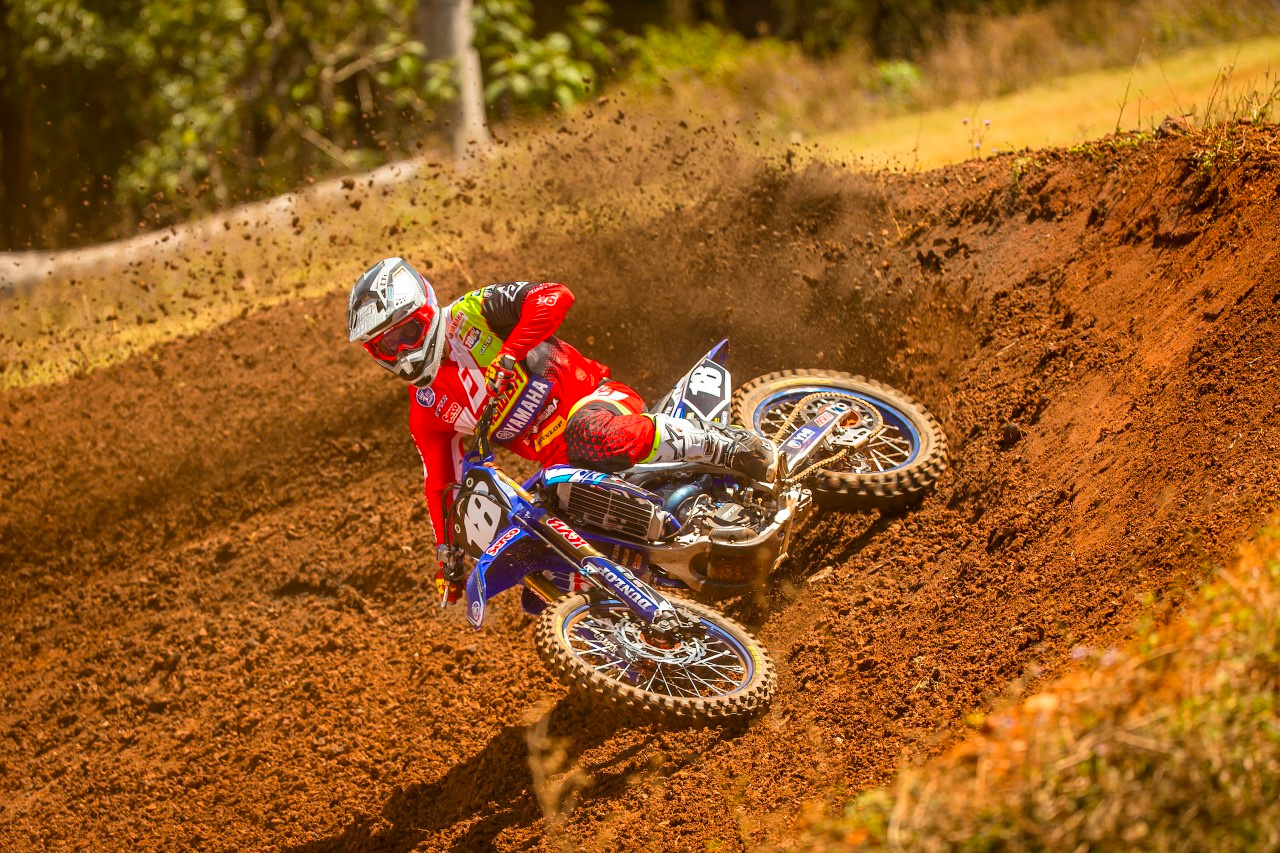 Aaron Tanti
Serco Yamaha
The duo of Aaron Tanti and Jacob Hayes will fly the Serco Yamaha flag this week and look to turn it on for the Brisbane based team in front their local crowd. Tanti has pounded out moto upon moto at the practice track and is desperate to climb on the podium in this years Australian Supercross Championship.

Jacob Hayes returns to Serco Yamaha for the second year and is looking to improve on his third place finish in 2018. The US based Hayes enjoys is first stint at Serco Yamaha last season and is excited to be back down under. With a background in the cut and thrust US Arenacross circuit, the bar-banging nature of the Brisbane Entertainment Centre will be right up his alley.

Unfortunately, Nathan Crawford won‰Ûªt be on the start line as he has been in a race against time after sustaining a collar bone injury in recent weeks. With the rapid fire nature of this years‰Ûª championship and Crawford‰Ûªs intentions to race overseas in 2020, it was mutually agreed between Serco Yamaha and Crawford for him to pursue those options and he will miss this years‰Ûª championship.

‰ÛÏAaron has put in plenty of hard work since the end of the MX Nationals and I feel this is the best prepared he has been for the supercross championship. He has improved his fitness, dialled in his bike and eager to produce his best supercross series yet.

‰ÛÏFor Jacob, he arrived only a week ago, but he blends in seamlessly with the Serco Yamaha team. He adjusts quickly to our tracks and is very focused on improving on his 2018 result,‰Û 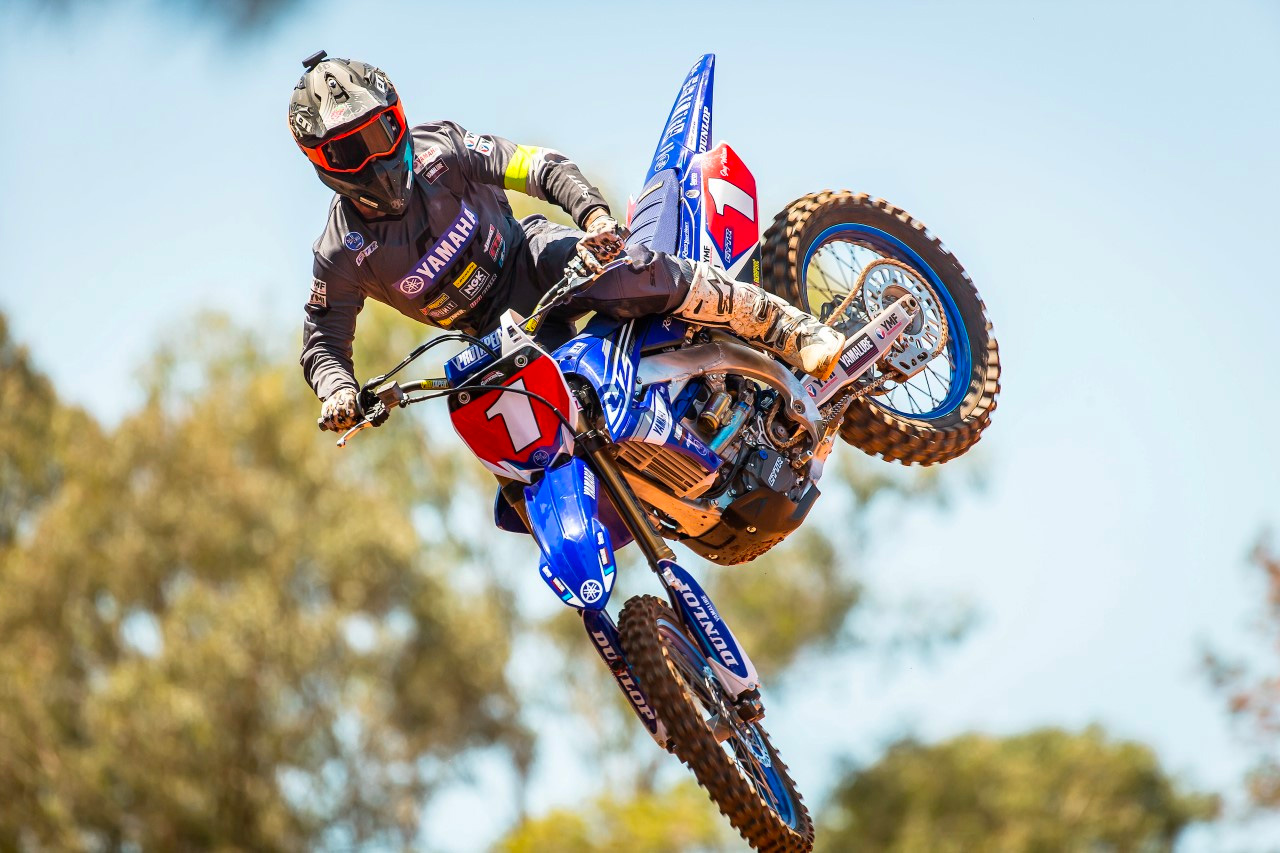 Yamalube Yamaha Racing
Jay Wilson is out to retain his number 1 plate in the SX2 division after storming to a popular championship win in 2018. Wilson is at his happiest when on a supercross track and enjoys the night time atmosphere, the tight racing and vocal crowds the supercross generates. The Gold Coast resident will have plenty of support on hand on Saturday night and nothing would please him more than to kick off his championship defence with a race win.

Richie Evans will handle the SX1 duties for the Yamalube Yamaha Racing Team. Slowed with a shoulder injury the past few weeks, Evans was in fine supercross form until that point but is determined to get back to 100% ASAP and turn some heads when the racing goes inside a stadium.

‰ÛÏBoth riders are extremely happy with their bikes and the team has done a great job of getting them comfortable in such a quick time frame,‰Û 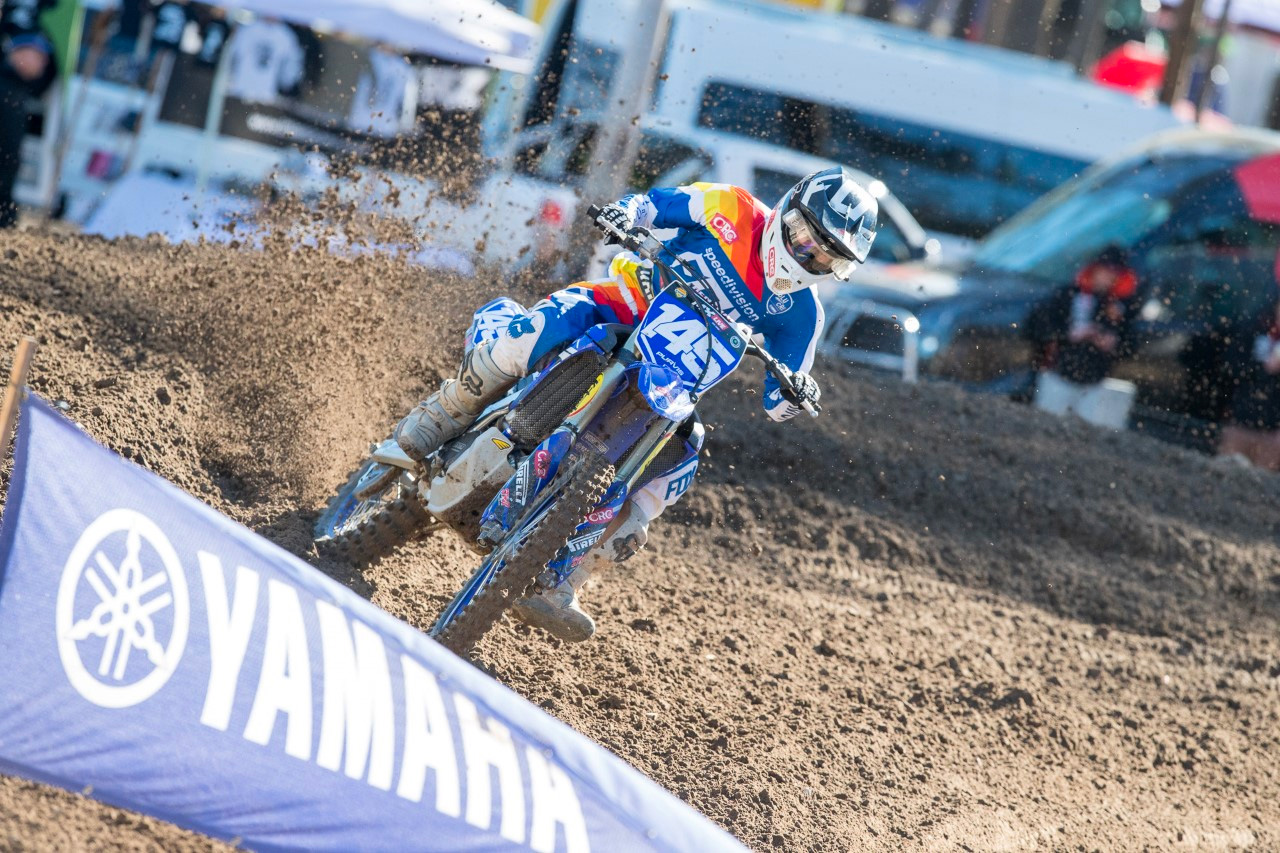 Max Purvis
WBR Yamaha
The WBR Yamaha team will continue to develop Yamaha‰Ûªs next wave of supercross riders and will house Max Purvis and Jack Kukas for the supercross season. Both have little supercross experience but will have the chance to learn the ropes in a no pressure situation with the dedicated team at WBR Yamaha.

They will also look after a couple of young guns at selected rounds of the championship. Recently crowned Australian Junior Motocross champions, Ryder Kingsford (85cc) and Alex Larwood (250cc) will team with the WBR crew at elected rounds.

‰ÛÏIt is a big task to help guide inexperienced riders through a supercross championship but the team and I are looking forward to,‰Û