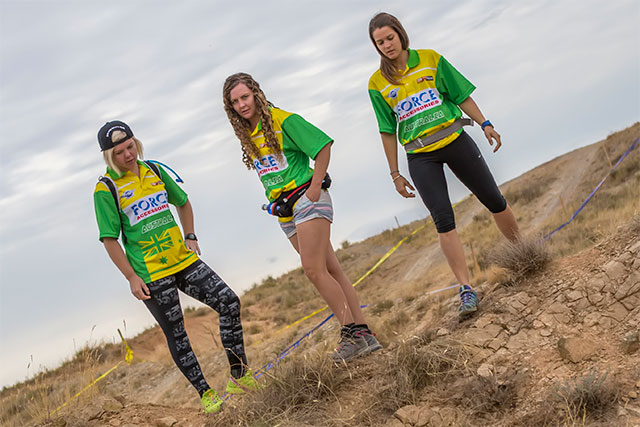 The Yamaha Blu Cru Women‰Ûªs Trophy Team are set and ready to tackle all that Navarra, Spain has to offer as Jemma Wilson, Jessica Gardiner and Tayla Jones head to defend a fourth consecutive title at the FIM International Six Days Enduro, this October 11-19.

This World Championship winning team will line up against seven of the world‰Ûªs best women‰Ûªs international teams to defend a title previously claimed three times by the Australians, and will be chasing a fourth.

Australia‰Ûªs three competing teams, the Senior Trophy Team, Junior Trophy Team and the Yamaha Blu Cru Women‰Ûªs Trophy teams have all made the journey to Navarra, Spain this week to prepare and adjust to the international setting, with all teams vying to defend their winning title from last year.

Tayla Jones, one of three trophy team members has spent the last few days walking the track with her fellow team mates and explains that already the tracks are rocky and dusty, and is preparing for track conditions to deteriorate quickly.

‰ÛÏThe last couple of days we have been walking the track here trying to familiarise ourselves with them,‰Û