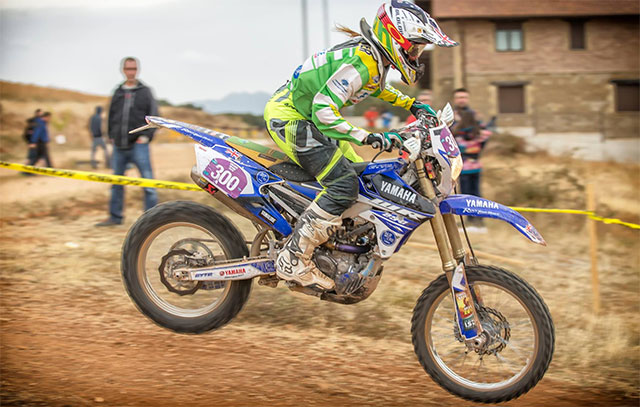 Day two of the FIM International Six Days Enduro once again was a tricky battle for the Australian teams competing as the terrain in Navarra became rough and the competition even more fierce.

Over 500 competitors battled it out on the same trials and tests from day one, meaning they had good knowledge of the tests, however the deteriorating track conditions added another element to the already tough Enduro meeting.

Yamaha Blu Cru Women‰Ûªs member Tayla Jones once again had a successful day abroad her Yamaha machine finishing the day in 3rd overall, and remains 2nd in the outright standings.

Jessica Gardiner significantly improved on day two achieving some impressive personal results compared to yesterday, which increased her standing‰Ûªs to 4th for the day. Gardiner now sits 19th in the outright standings behind team mate Jemma Wilson in 5th.

The Yamaha Blu Cru Women‰Ûªs Trophy Team still currently lead ahead of second placed Spain and third placed Germany, and although Australia increased their lead today they are still under fire from second placed Spain, so will need to continue their consistency.

Jones shared her experience on day two after having a slow start to the day but, confirms her goal is to bring it home for Australia.

‰ÛÏThe first two days of the ISDE have been good. Yesterday I ended up getting the day win with some good tests, and winning some outright tests,‰Û