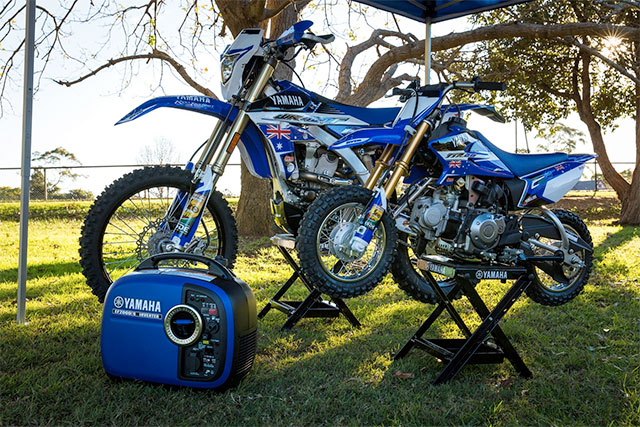 Yamaha Motor Australia has thrown its support behind a fund raising raffle to gain funds for the defending World Championship Australian ISDE team to compete in Spain later this year.

Yamaha are proud to announce they have provided a 2016 WR450F, a TTR 50 and an EF2000 generator, with a combined retail value of over $15,000 to be raffled off over the next two months as the team attempts to raise the funds needed for another world championship campaign in October.

‰ÛÏYamaha Motor Australia are excited to be a part of this campaign and assist the teams and riders in raising funds for the 2016 ISDE held in Spain,‰Û