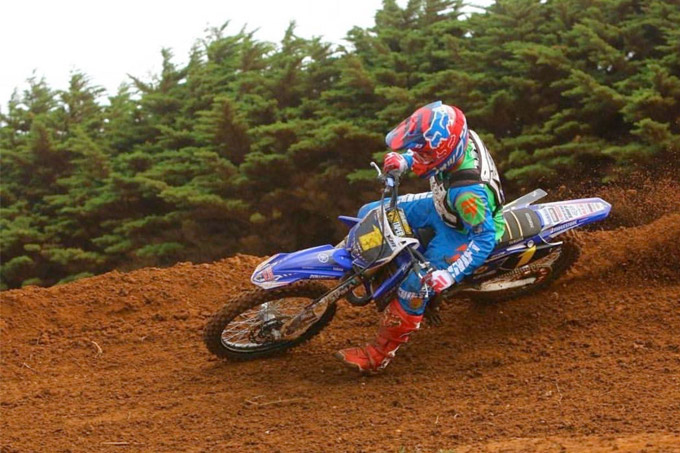 Yamaha supported riders have again represented the brand well at a host of regional motocross events across Australia over the weekend.

Despite a weekend off in the MX Nationals calendar, plenty of racing still took place over the weekend and with Yamaha riders featuring in prominent positions.

Mackay hosted the final round of the Central Queensland motocross series with a big roll out of riders looking to compete on the track that will host the opening round of the Queensland Motocross Championships in a month‰Ûªs time.

It was a complete domination by Yamaha riders in the Senior Lites division with the top five riders in both the round and the series points all on board Yamaha equipment. It was Luke Weaver who won the day on board his YZ250, ahead of Ryan Eden, Ashley Norman and Marcus Swifte.

But for the final series points, it was Ashley Norman taking the win on a count back from Ryan Eden with Marcus Swifte in third, Wilson Norman fourth and Cody White in fifth. If you aren‰Ûªt riding a Yamaha in this series, then you simply aren‰Ûªt in the event.

Luke Weaver made it a double for the day, taking the win in dominant fashion in the Senior Opens on a YZ450F. The Cairns based Weaver didn‰Ûªt compete at every round of the series but dominated those he turned up for. Weaver is currently dominating the North Queensland series.

Round five of the regional Gippsland Victorian motocross series also was ran over the weekend with junior classes contested on Saturday and seniors on Sunday.

Yamaha Junior Racing‰Ûªs Cody Dyce did the double taking the win in the 125 and the 250cc class in his usual impressive fashion while team mate Liam Andrews finished in second place on his YZ85.

In the Vets class, Mike Reefman nailed the win in the Over 40‰Ûªs class on board a YZ450F. While Sam Pelz landed in second place in the A Grade Lites class.

New South Wales junior riders competed at round three of their state motocross championship with Yamaha Junior Racing‰Ûªs Michael Driscoll posting solid results at the event. Driscoll took second place in both the 125 and 250cc classes in a strong performance that has him well placed in the series.