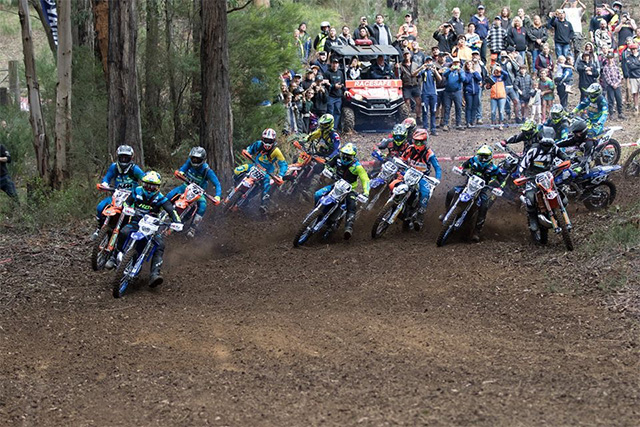 Motorcycling Australia (MA) has released of the Official Supplementary Regulations ahead of the 2018 Yamaha Australian Off Road Championship (AORC).

On the back of what was a successful season in 2017, the 2018 AORC season is set to be bigger and better again with an amendment to classes from last season.

In 2018 the EJ class eligibility has changed slightly with riders having to be 18 years of age or under on 1 January to compete.

2017 E2 Champion Daniel Milner will be on the move on his KTM Enduro Racing team bike for season 2018 as he leaves the E2 class after his perfect season, and will compete in E3 this coming season. His teammate and E3 Champion Lyndon Snodgrass will swap places with Milner and move into the E2 class for the 2018 season.

Active8 Yamaha Yamalube Rider Wil Ruprecht is coming off a second championship-winning year after taking out EJ in 2016 and E1 in 2017. Ruprecht will be trying for a 3rd successive championship, although he is yet to confirm what class he will race in 2018.

After a dominant season in 2016 with AORC and a stint in the EnduroGP in 2017, 2018 will also see the return of Daniel Sanders to the championship, which is a welcome return to AORC on his Husqvarna Factory Off-Road Racing Team bike.