Yamaha and Pol EspargarÌ_ to end partnership after 2016 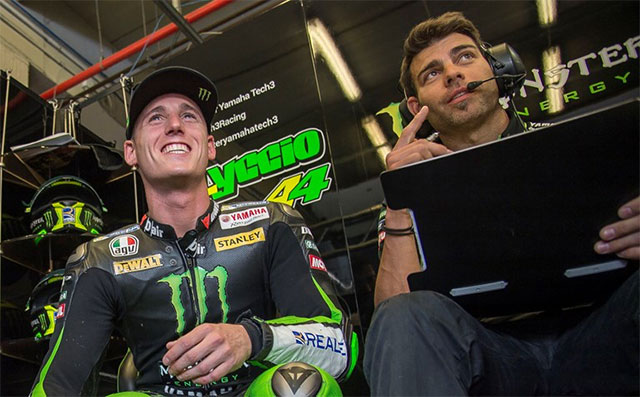 Yamaha and Monster Yamaha Tech3 Team-rider Pol EspargarÌ_ will go their separate ways at the close of the 2016 MotoGP season, when the Spaniard will start new racing challenges.

EspargarÌ_ joined the Monster Yamaha Tech3 Team in 2014, following his championship victory in the Moto2 class the year before. The currently 24-year old adapted to the YZR-M1 quickly, as was displayed when he qualified second for the fifth race in Le Mans and claimed the accolade of ‰Û÷rookie of the year‰Ûª as well as ‰Û÷top satellite MotoGP rider‰Ûª with a sixth place overall finish.

EspargarÌ_ followed up this successful year by taking ninth place in the final rankings in the 2015 season, with the highlight of finishing as the highest satellite team rider in Assen and Valencia with two fifth places. In addition to the MotoGP program, EspargarÌ_ also secured the win for Yamaha at the 2015 Suzuka 8 hours endurance race where he teamed up with Tech3 teammate Bradley Smith and Katsuyuki Nakasuga.

EspargarÌ_ will team up once again this year with Katsuyuki Nakasuga and new rider Alex Lowes in an attempt to secure back-to-back wins for the Yamaha Factory Team.

So far this season EspargarÌ_ holds seventh place with 48 points in the 2016 MotoGP World Championship standings and has been the leading independent team rider since the start of the 2016 campaign, finishing three times as the best independent rider in Losail, Jerez, and Le Mans.

Yamaha Motor Co., Ltd. stated that it looked back with great appreciation on EspargarÌ_'s contributions to its racing successes over the past two and a half years and wished EspargarÌ_ the very best in furthering his racing career.

Yamaha and the Monster Yamaha Tech3 Team will continue to put their full efforts into finishing the 2016 season with EspargarÌ_ in the best possible manner and hope to share many more memorable moments during the upcoming twelve MotoGP rounds of the 2016 World Championship.

The 2017 Monster Yamaha Tech3 Team replacement for Pol EspargarÌ_ will be announced in due course.