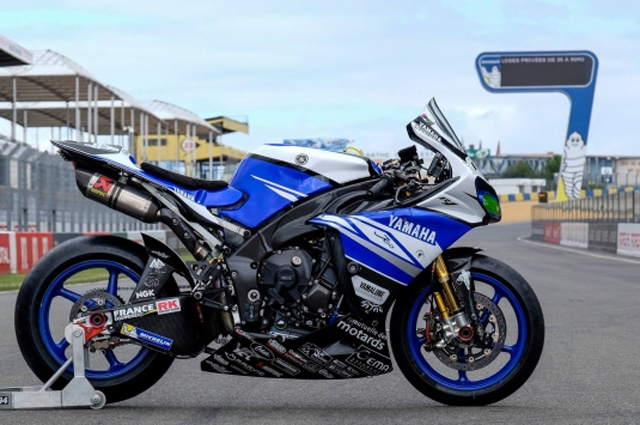 Yamaha prepares for the final round of the 2014 FIM Endurance World Championship, the famous Le Mans 24 Hours du Moto, held this Saturday and Sunday, the 20th and 21st of September.

This final stage of the championship promises to be a hard-fought battle as seven among the 56 competing team are still in the running for the title. However, it is the GMT 94 Michelin Yamalube Team with riders David Checa, Kenny Foray and Mathieu Gines supported by reserve rider Lucas Mahias that go into this race event as the favourite to win the 2014 world crown.

The French team have built up a comfortable 21 point advantage over their closest rivals after securing second place in the Bol d‰ÛªOr and the Oschersleben 8 Hours, taking the lead in the championship after the previous round in Suzuka.

The Monster Energy Yamaha Austria Racing Team will also be taking part in this grueling 24H race. Though the title is out of reach for YART riders Wayne Maxwell, Igor Jerman and Tommy Bridewell they will still give 100% as they did in Suzuka, where they gained ten positions during a strongly contested race to finish in 12th place.

This weekend will be the 37th edition of the Le Mans 24H at the Circuit Bugatti ‰ÛÒ Le Mans. Last year 72,000 spectators came to the track to enjoy the show. As with last year, for 2014 the teams can expect to complete more than 800 laps during this ultimate motorcycle endurance racing event.

"We are aware that we're lucky to arrive at this race with the leading position." Christophe Guyot, GMT 94 Michelin Yamalube Team Manager said. "We know that it's not over yet, that our rivals are very strong but we have some good assets for the World Title.

"Firstly we have 3 extraordinary riders, motivated, fast in every circumstance, a cohesion that we found back despite the difficulties and we have the hunger to win.‰Û