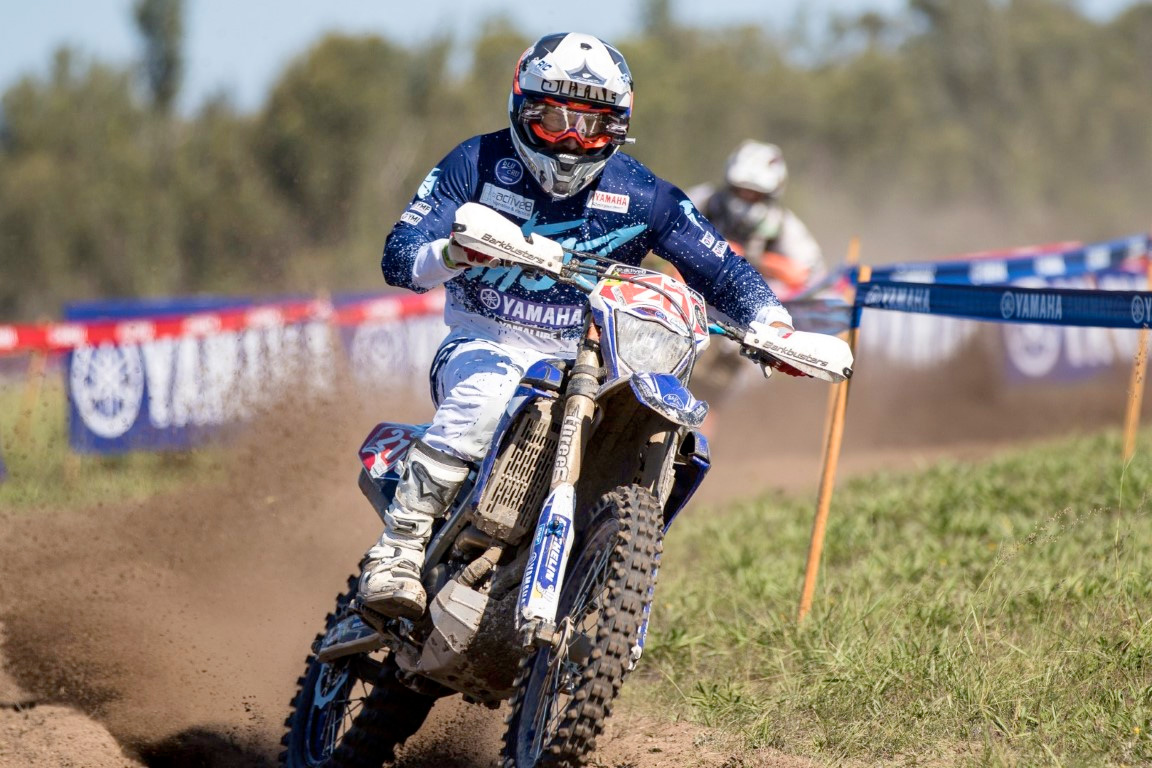 Former motocross star Luke Styke covered himself in glory in his A4DE debut, winning the E1 class and finishing 4th outright. Photo: John Pearson Media
The Yamaha Active8 Yamalube Off-Road Racing Team have covered themselves in glory with all three riders finishing on the podium at the 2018 Yamaha Australian Four Day Enduro (A4DE), held at Cessnock, NSW, after the final test wrapped up on Saturday afternoon.

After four intense days of competition that included around two hours of special tests littered throughout the week, Luke Styke, Josh Green and Wil Ruprecht all finished on the podium, with Styke taking the E1 (250cc), while Green and Ruprecht locked up second and third respectively in the E2 (450cc) division.

bLU cRU Yamaha‰Ûªs Michael Driscoll, who also races with significant support from the Yamaha Active8 Yamalube team, managed to keep the podium streak going as he registered a third-place finish in the E1 class. That puts all Yamaha team supported riders inside the top eight in a strong showing for the blue brand.

Luke Styke‰Ûªs transformation from motocrosser to off road sensation took another huge stride forward after he claimed an ultra- impressive victory in the E1 class. Styke, competing in his first four-day event, showed real poise and skill as he navigated his way through four days and looked more like an experienced campaigner then a first-time rookie.

Styke over came some spirited riding by his rivals, as well as hot and extremely dusty conditions to take the E1 win by over a minute to his nearest competitor and announce that he is serious about his transition to off road. The class win also saw him finish a very respectable fourth outright.

‰ÛÏWhen I talk to the off-road guys, they say the four day is a great event and a really prestigious one to win so for me to win it means a lot to me and the work we have done as a team. Its been a really hard event as it presents so many challenges over the week and it really is a team effort to get it done.

‰ÛÏThank you to the Yamaha Active8 Yamalube team for all the effort they put in and also to Josh and Wil who have both helped me so much learning about off road. Their help with tyre changes and just how the event runs has been unreal,‰Û 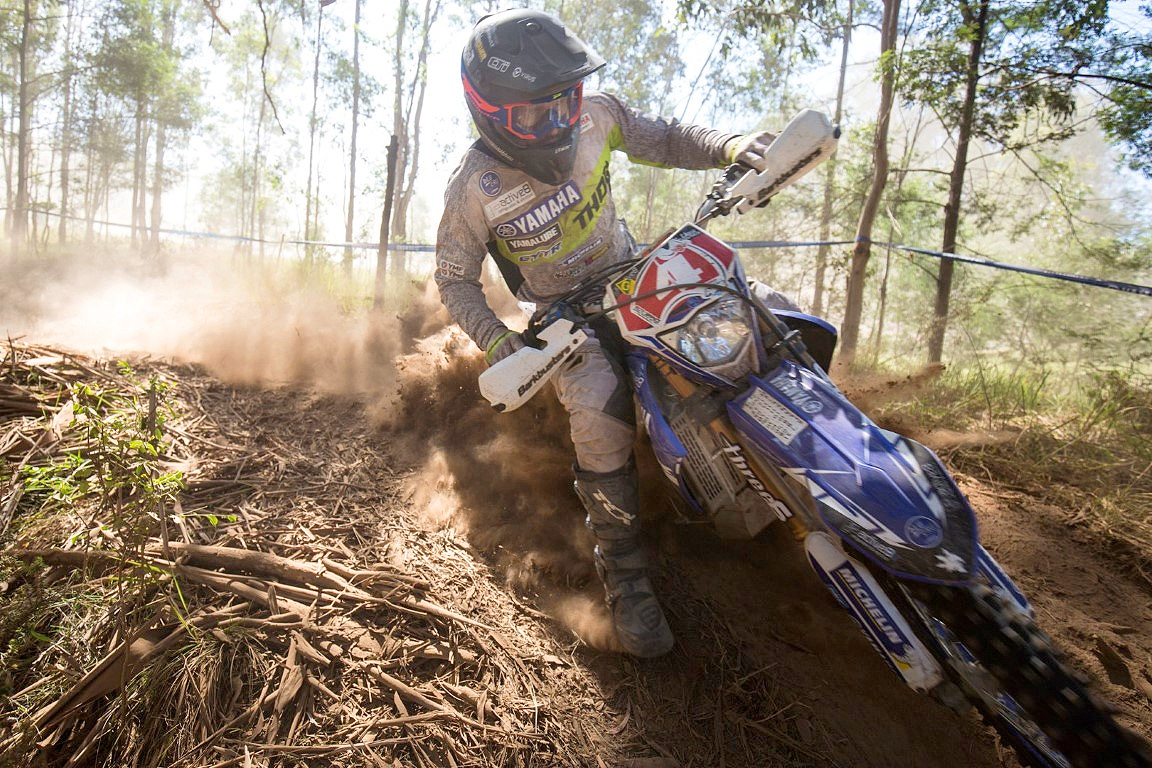 Josh Green finished second in the E2 (450cc) class and third outright. Photo: John Pearson Media
Taking second in the E2 (450cc) class was Josh Green who again turned in another rock-solid performance that also saw him finish third outright. Green started the event a little off the pace but adjusted to the powdery conditions as the event went on to finish strongly and claim some valuable special test wins.

His 450cc machine didn‰Ûªt miss a beat all week and Green continues to be a podium threat in all off-road events.

‰ÛÏThe goal is always to win but to finish second in class and third outright is still pretty good,‰Û 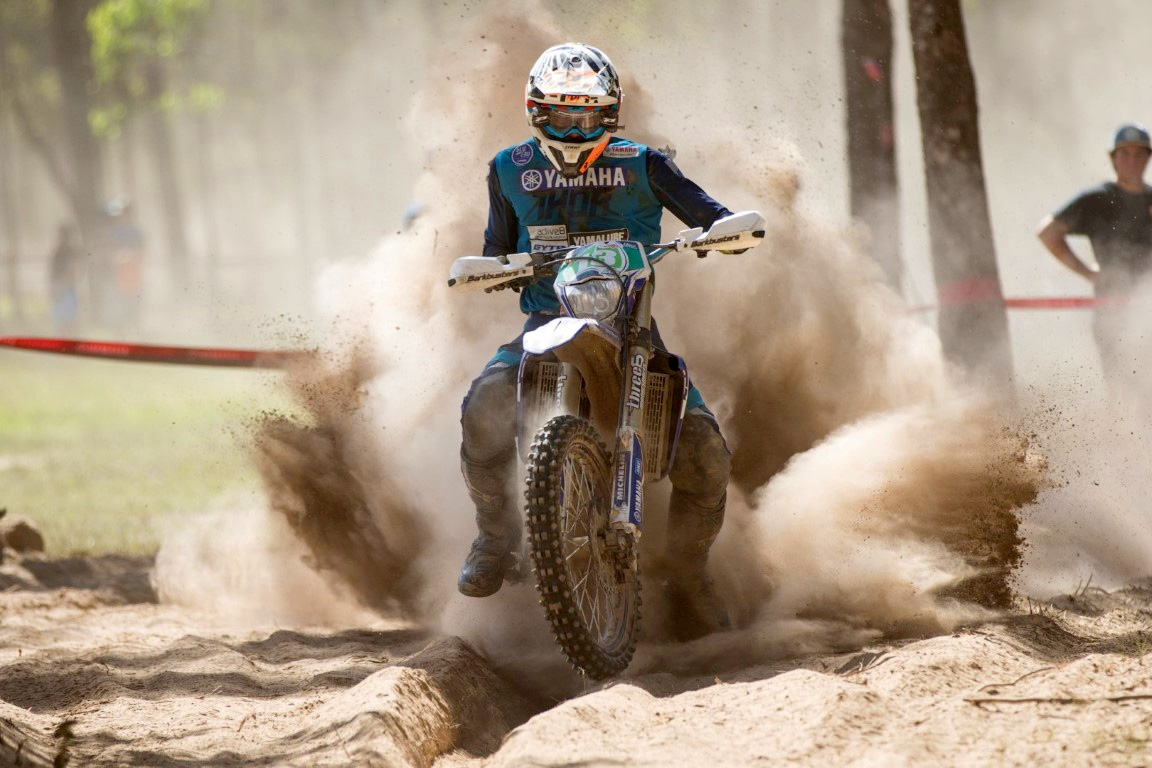 Wil Rupecht was not at 100%, for the event having had an injury interrupted preparation but still finished 3rd in the E2 class for the Yamaha Active8 Yamalube Racing Team. Photo: John Pearson Media
Slotting right in behind Green in the E2 class was team mate, Wil Rupecht. Ruprecht had an injury interrupted preparation leading into the event as he had time off the bike with a shoulder issue but despite the limited bike time and still not at 100%, the talented New South Welshmen still managed to finish third in class. The lack of strength in his left shoulder hampered him in the dusty conditions but he battled on bravely to still claim a podium finish and one that he was ultimately satisfied with.

‰ÛÏSix weeks ago it was unlikely I would even be able to ride and it was a race against time to be ready so to finish third in class and inside the top 10 outright is a good result," Rupecht said. "My shoulder was ok throughout the week but I guess I just need to build some confidence back in it to race at 100% at a national level.

‰ÛÏStill, it‰Ûªs a good result and its been a good week for the team with everyone getting on the podium. The team have been great and it‰Ûªs a massive effort to compete at an event like this so thank you to everyone on the team and our sponsors for their support and commitment,‰Û 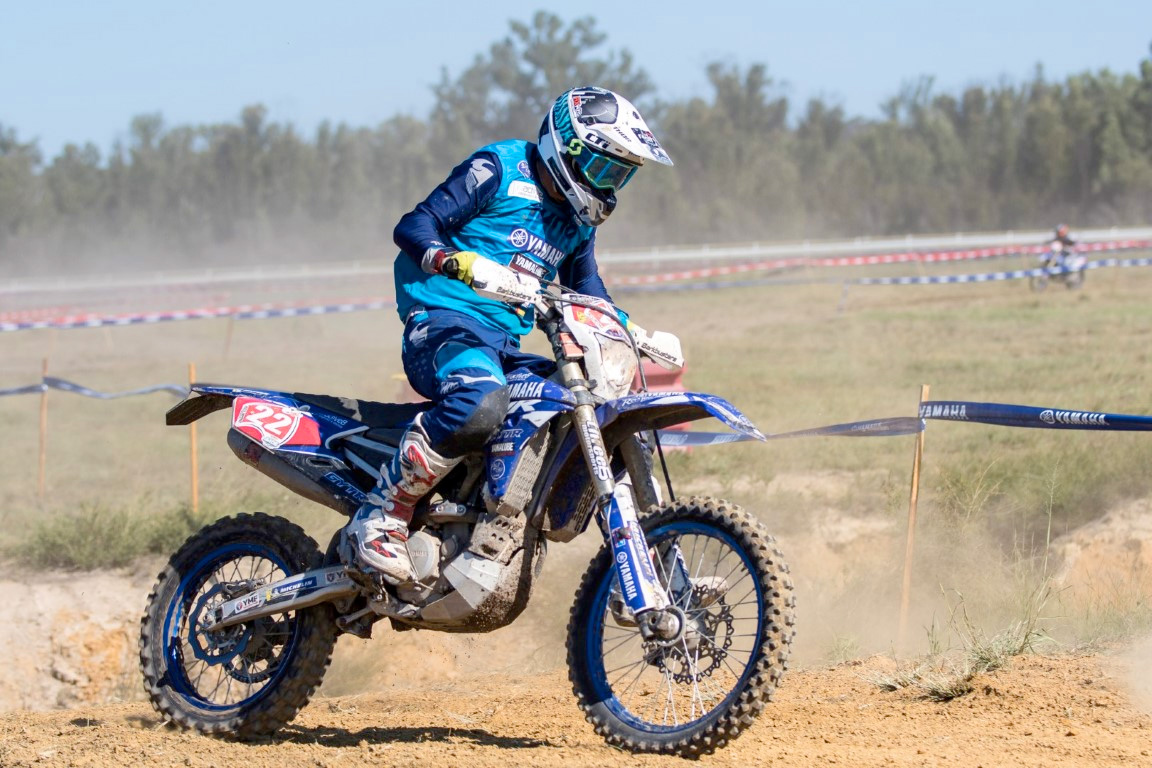 ‰ÛÏI wasn‰Ûªt real sure what to expect as this was my first four day but I enjoyed it and I'm happy to finish on the podium in class and inside the top 10 outright. The dust and powder was crazy and vision on some of the tests was terrible but it was the same for everyone and that‰Ûªs just part of the reason why this race is so tough.

‰ÛÏIt wasn‰Ûªt my best riding but I was pretty consistent through the four days which is so important. The experience I gained here will only help in the future and it‰Ûªs good to get through my first one relatively trouble free.

‰ÛÏThank you to the AJ and everyone on the team as well as my Mum and Dad who helped me all week,‰Û