X-Trial to resume at Montpellier 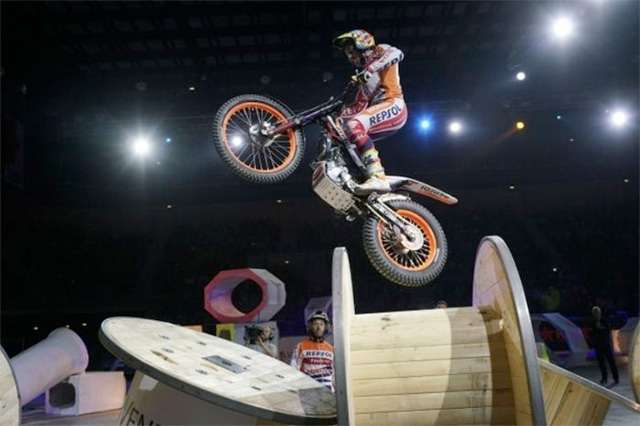 The FIM X-Trial World Championship heads to Montpellier this weekend for the second round of the season, on Saturday 13th January.

The discipline‰Ûªs top specialists will do battle at The Sud de France Arena, a modern 7000-capacity facility completed in 2010.

In front of what is expected to be a full house, 11-times World Champion Toni Bou will defend the points lead he gained with victory in VendÌ©e.

The Montesa rider is satisfied to lead the Championship right from the start: ‰ÛÏMy win in VendÌ©e was very important, because starting the defence of the title with a win and positive sensations on the bike is always good news. In the subsequent weeks I have intensified my preparations by completing my pre-season training programme. In Montpellier I hope to reap the rewards of that work and fight for a second successive win," Bou said.

Meanwhile Jaime Busto arrives in Montpellier second in the Championship Standings after notching his first career podium on his Gas Gas debut. ‰ÛÏI hope to finish as high as possible again," Busto said. "I have adapted well to the bike and the whole team; everything has worked well right from the start. My goal is to carry on in the same way.‰Û